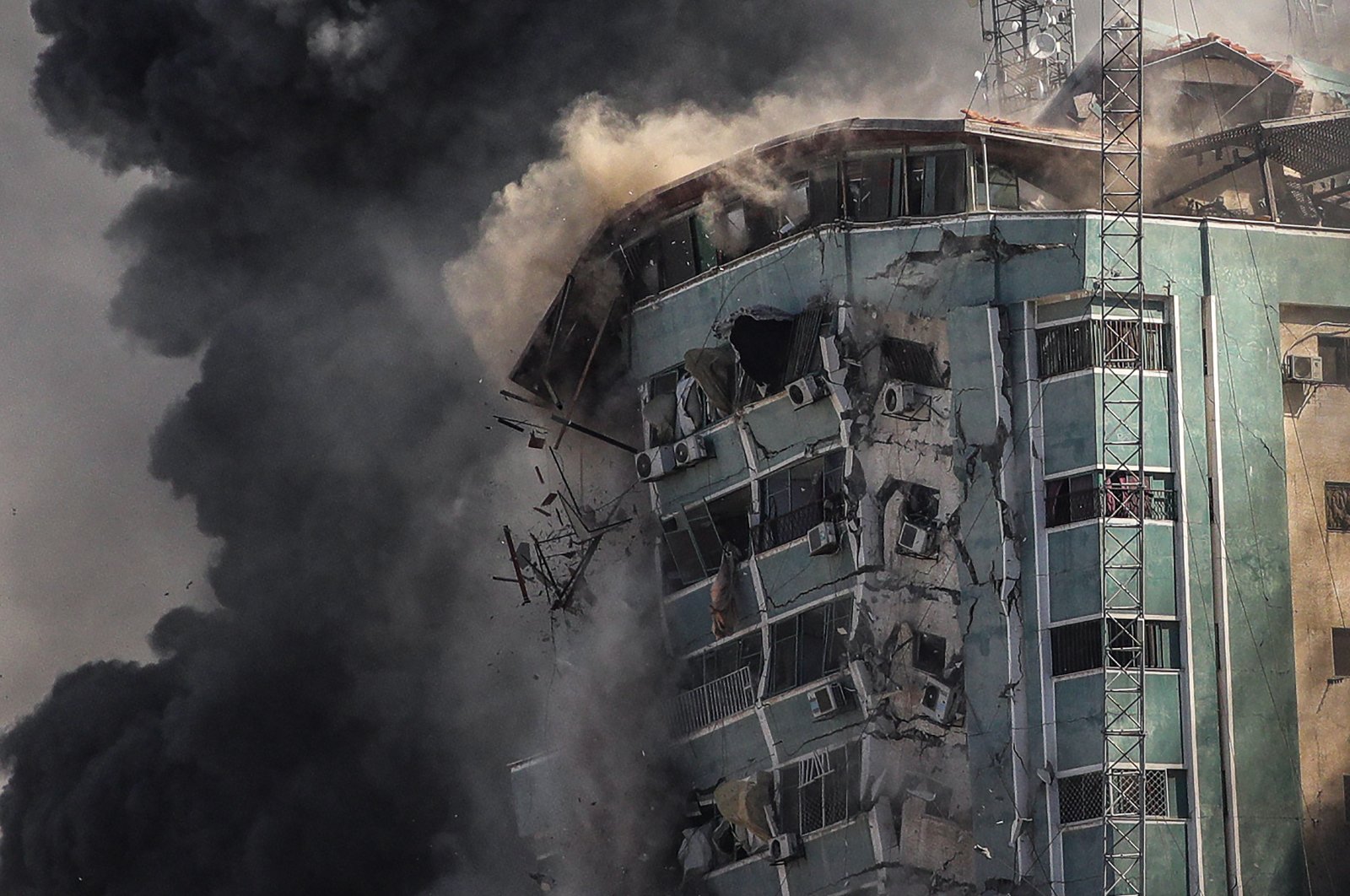 Smoke rises as a building collapses after an Israeli airstrike hits Al-Jalaa tower, which houses apartments and several media outlets, including The Associated Press and Al-Jazeera, in Gaza City, Palestine, May 15, 2021. (EPA Photo)
by DAILY SABAH WITH AA May 15, 2021 7:13 pm
RECOMMENDED

Turkey on Saturday strongly condemned Israeli strikes that destroyed a high-rise building in Gaza City that housed the offices of various media groups, with Turkish Presidential Communications Director Fahrettin Altun calling it a "blow to the freedom of the press" in a tweet.

"Israel continues to carry out massacres and commit war crimes. The occupying Israel, which targets the Associated Press and Al Jazeera offices in Gaza, has also inflicted a blow to the freedom of the press. I condemn Israel's heinous attacks on press centers in order to conceal its massacres," Altun said.

"Israel targets int'l press building in Gaza, adding to its war crimes in the Palestinian territories. We condemn this Israeli aggression, which knows no boundaries," Ibrahim Kalin said on Twitter.

"Our fight against this malignant power will continue until the occupation is over & Palestine is liberated," he wrote.

The offices of Mayadeen Company for media services, the radio station Voice of Prisoners, and the Doha Media Center were among the media offices destroyed by Israeli shelling.

In the past week, Israel has targeted the press and Turkish journalists, drawing condemnation from press institutions around the world.

Ongoing Israeli attacks on Gaza have killed over a hundred with fatalities that include dozens of minors. A total of 145 people, including 41 children and 23 women, have been killed and 1,100 more injured since Israel started attacks on Gaza on May 10.