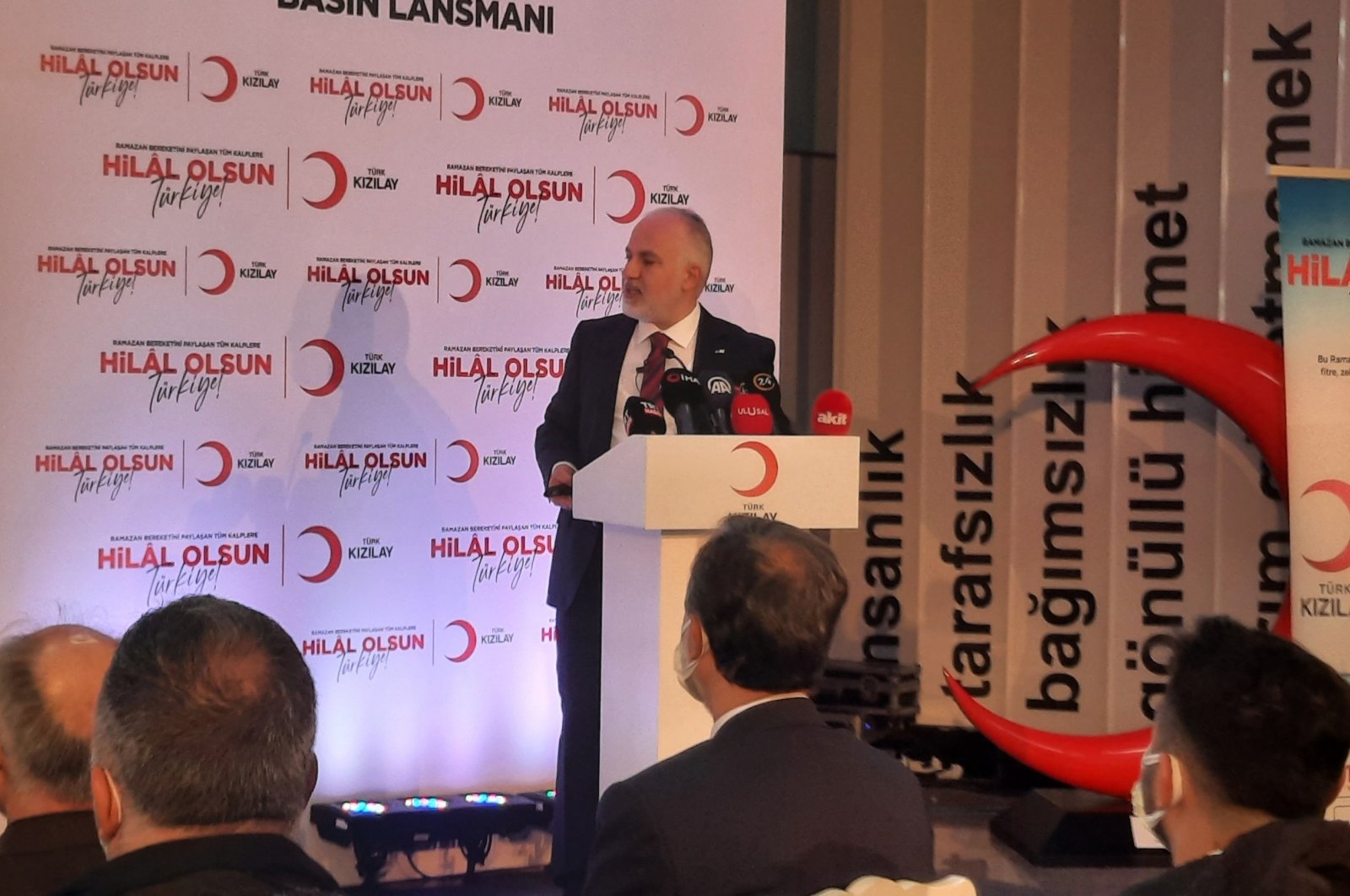 Turkish Red Crescent President Kerem Kınık said on Friday that they aim to reach around 1 million people in 18 countries during the Muslims’ holy month of Ramadan.

Kınık, who came to the southeastern province of Gaziantep to attend some events, told Anadolu Agency (AA) that they were carrying out multiple activities in 18 countries during Ramadan.

Stating that aid is provided mainly to countries where war, disaster and poverty are experienced, Kınık said: "We are in countries such as Yemen, Somalia, Sudan, Iraq and Syria. On the other hand, our activities continue in Bosnia and Herzegovina, Bulgaria and other Balkan countries as well.”

Kınık also added that they continue to support people with hygiene and personal protective equipment, while the organization’s food support also continues intensely.

Stating that they are escalating efforts to lend a helping hand to more people every year, Kınık continued as follows:

"Our goal is to deliver aid to approximately 1 million people in 18 different countries during Ramadan. In this context, we have food packages, cloth supplies and cash-based support. We currently have an intense support program for 20,000 Rohingya Muslims who lost their temporary sheltering centers in a recent fire in camps. In Yemen, which is also experiencing war and poverty, distributions are being made to 10,000 families. We continue to support 4,000 orphans every day in Syria and 100,000 people in 10 different refugee camps. In this sense, our 20,000 Ramadan aid packages will reach the poor in Syria."

Kınık explained that the aid to the Turkish Red Crescent continued unabated despite the coronavirus pandemic and said, "In this period, the aid given to the Red Crescent has increased significantly compared to the previous year.”

Reminding that the Turkish Red Crescent recently organized an online and interactive “Thank you and Solidarity Program" for Ramadan, Kınık said, "A donation of TL 51 million ($6.1 million) came from there. It was TL 16 million in the previous year.”