Turkish Red Crescent to send 10 trucks of aid for Palestinians 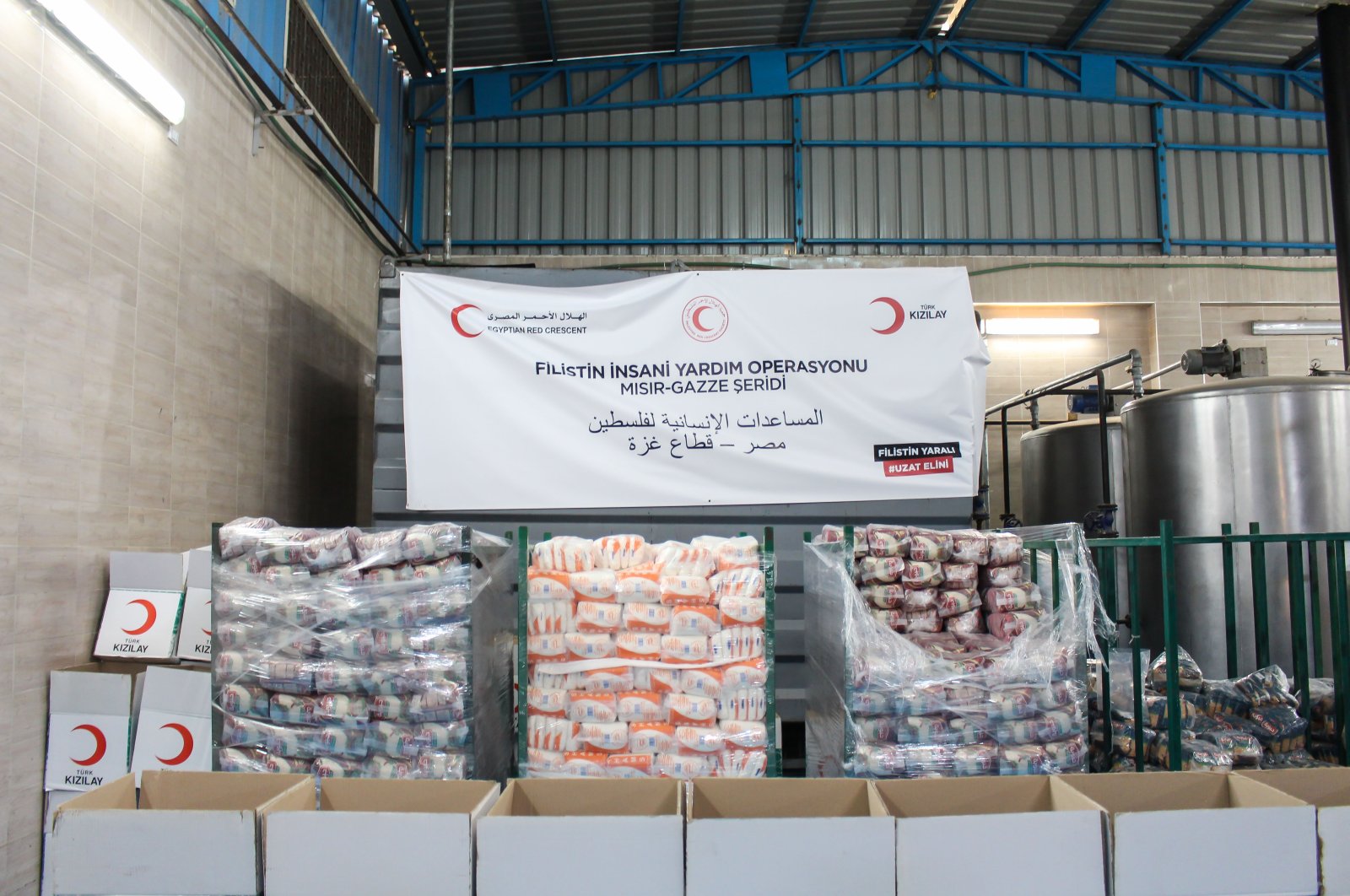 Turkey is set to send 10 trucks of humanitarian aid to Palestine, as part of its yearslong efforts to extend a helping hand to the Palestinians suffering due to Israel's oppression.

Turkish Red Crescent (Kızılay) Chair Kerem Kınık went to Egypt and held a series of meetings to accelerate the aid to Gaza. Stating that two of the small ambulances requested by the Palestinians had been delivered, Kınık said: "The aid convoy of 10 trucks has been prepared in Cairo and will set off."

Kızılay continues to help Palestinians who are still recovering from the Israeli attacks. Conducting a series of meetings in Cairo, the capital of Egypt, in order to oversee and accelerate the aid efforts on-site, Kınık announced that the process for the first humanitarian aid convoy of 10 trucks to enter through the Rafah border gate, one of Gaza's two gates to the world, has been completed.

"We continue our aid efforts with donations to the support campaign we have initiated to end the humanitarian tragedy that the Palestinians have experienced. We have prepared our humanitarian aid convoy of 10 trucks with the Egyptian Red Crescent. Six trucks in the convoy will carry approximately 2,000 food parcels. In other trucks, there will be medical consumables, hygiene kits, stationery and game sets sent by our Ministry of Education."

In the first days of the attacks, the Palestine Red Crescent stated that they needed small ambulances that could enter the narrow streets of Jerusalem. Kınık also announced that two ambulances were ready immediately and were delivered to the Palestinians in Jerusalem.

He stated that supply agreements have been made for 20 ambulances and that after the necessary arrangements, the ambulances will be delivered to the Palestinians to be used in Gaza and Jerusalem.

The 11-day conflict was the fourth fought between Israel and the Palestinian resistance group Hamas, which has ruled Gaza since 2007. It featured the same waves of predawn Israeli airstrikes, the same continuous rocket fire out of the impoverished territory and the same lopsided casualty toll, with Palestinians making up the vast majority of the more than 250 killed.

Israel occupied East Jerusalem, where Al-Aqsa Mosque is located, during the 1967 Arab-Israeli war. It annexed the entire city in 1980 in a move never recognized by the international community.