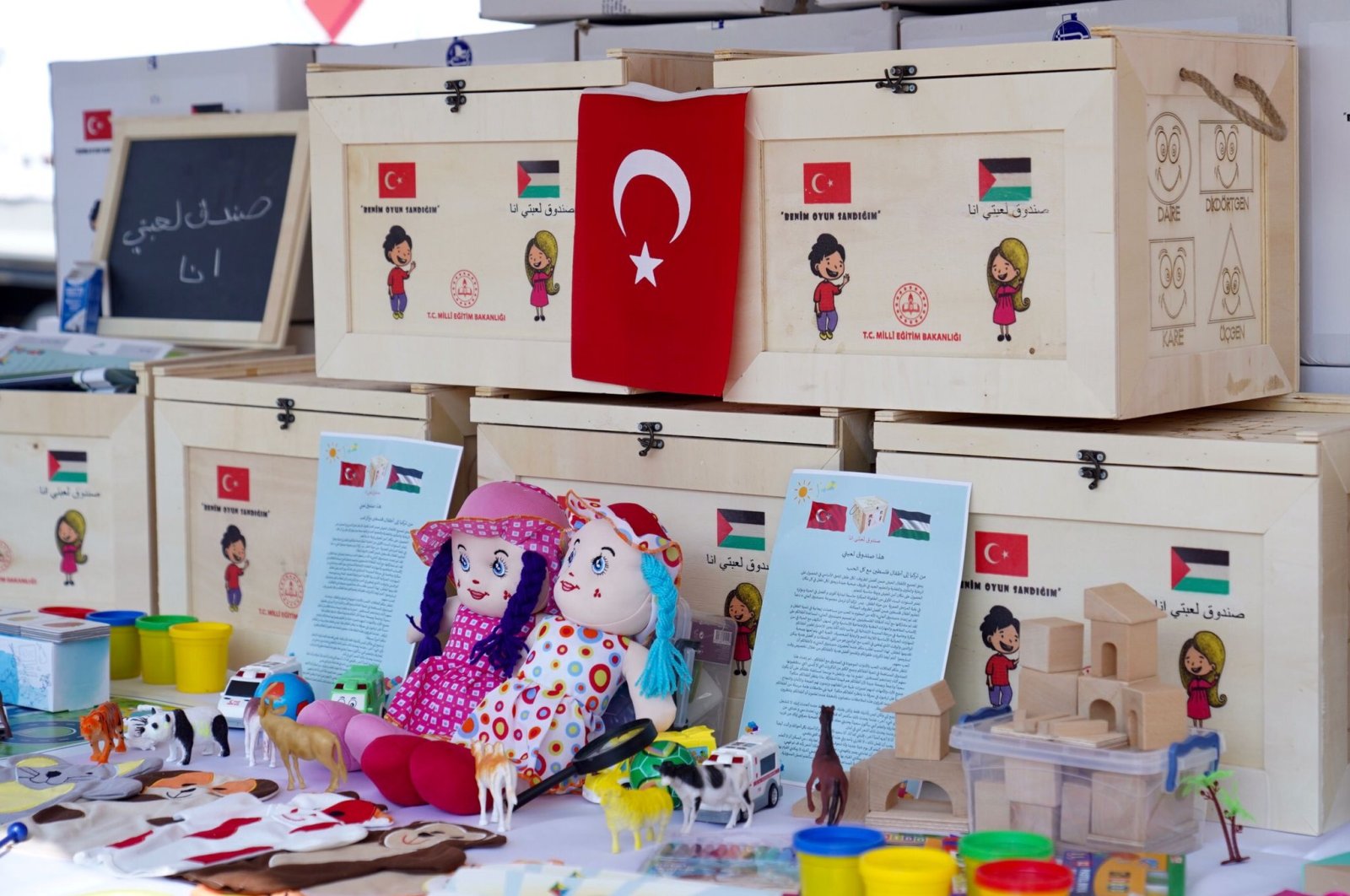 Turkey will continue to stand by the Palestinian people, President Recep Tayyip Erdoğan said in a message he sent to Palestinian children with toy boxes specially prepared by the Turkish Education Ministry.

Turkey sent toy boxes to Palestinian children as part of the efforts to enhance their access to preschool education.

The parcels were dispatched from the capital Ankara in a ceremony attended by Education Minister Ziya Selçuk and will be delivered to 1,000 Palestinian families.

An instructions pamphlet and an informative guide on child development will help families to make the best use of the boxes, according to a statement by the ministry.

“As the Turkish nation, we are not too far away, we’re right beside you. Please do not give up playing games, dreaming, or pursuing your dreams!” Erdoğan said in his message, adding that Palestinian children will surely enjoy brighter days in the future.

“You are on our mind, in our hearts and in our prayers,” Erdoğan said.

Meanwhile, Selçuk noted that Turkey is sending the boxes in spite of the sound of bombs and weapons in Palestine.

Noting that children are the most affected by wars and conflict, Selçuk said Turkey wanted to do something to contribute to the education of Palestinian children to some extent and aims to do more in the future.

The 11-day conflict was the fourth fought between Israel and the Palestinian resistance group Hamas, which has ruled Gaza since 2007. It featured the same waves of predawn Israeli airstrikes, the same continuous rocket fire out of the impoverished territory and the same lopsided casualty toll, with Palestinians making up the vast majority of the more than 250 killed.