Turks in US hold farewell ceremony for Ambassador Serdar Kılıç 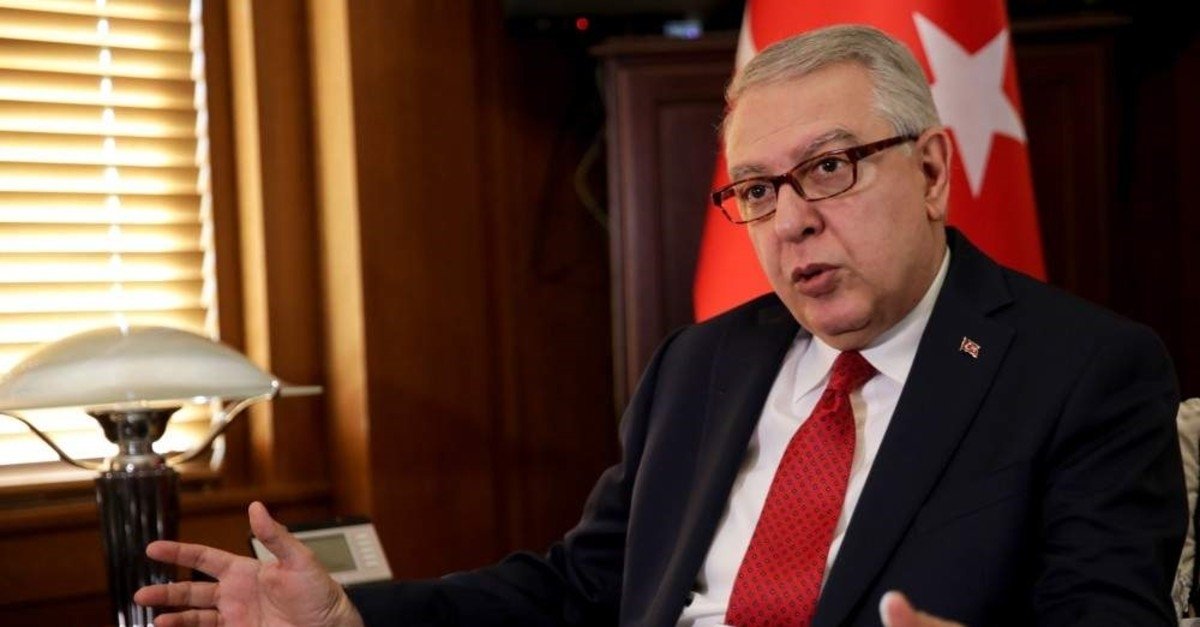 Serdar Kılıç, Turkey's ambassador to Washington, is seen in this undated photo. (AA Photo)
by DAILY SABAH WITH AA Feb 04, 2021 11:21 am
RECOMMENDED

Turkish citizens living in the United States on Wednesday held a farewell ceremony for Serdar Kılıç, Turkey's ambassador to Washington, whose term in office is about to end.

Held virtually due to COVID-19 precautions, the event was a collaborative effort between Turkish organizations and foundations in the U.S. The event drew in virtual guests from across the country.

Participants thanked Kılıç for his service and many underlined the strong bonds they had developed with the ambassador during his term.

Many of the speakers commended the way Kılıç diplomatically represented Turkey and took the initiative to bring Turkish citizens living across the country together.

Following the kind words, Kılıç said that it was a great honor to have held the position.

Underlining the importance of the Turkish diaspora in the U.S. living in both harmony and unity, Kılıç said: "We, as Turks in America, have to unite. We are not a society which has the luxury to let the differences in political views, ethnic origin and sectarian divide us."

Kılıç highlighted the work they did putting up a fight in Washington after the Gülenist Terror Group's (FETÖ) coup attempt on July 15, 2016, and throughout the U.S.' active support of the PKK terrorist group's Syrian offshoot, the YPG. He added that their current plight will proceed with the same determination they put forward in the past.

FETÖ has established a considerable presence abroad, particularly in the U.S. where it runs a network of private schools that serve as a revenue stream for the terrorist group. The U.S. is home to a large community of Gülenists, including group leader Fetullah Gülen. Gülen has lived in self-imposed exile on a secluded compound in the U.S. state of Pennsylvania since 1999. The United States is the target of most extradition requests.

The U.S. primarily partnered with the YPG in northeastern Syria to fight the Daesh terrorist group. Turkey strongly opposed the terrorist group’s presence in northern Syria and the formation of a terror corridor, which has been a major sticking point in strained Turkey-U.S. relations. Ankara has long objected to the U.S.' support of the YPG, a group that poses a threat to Turkey and terrorizes local people, destroying homes and forcing them to flee. Under the pretext of fighting Daesh, the U.S. has provided military training and given truckloads of military support to the YPG, despite its NATO ally’s security concerns.