UK calls for flexibility ahead of UN-led Cyprus talks 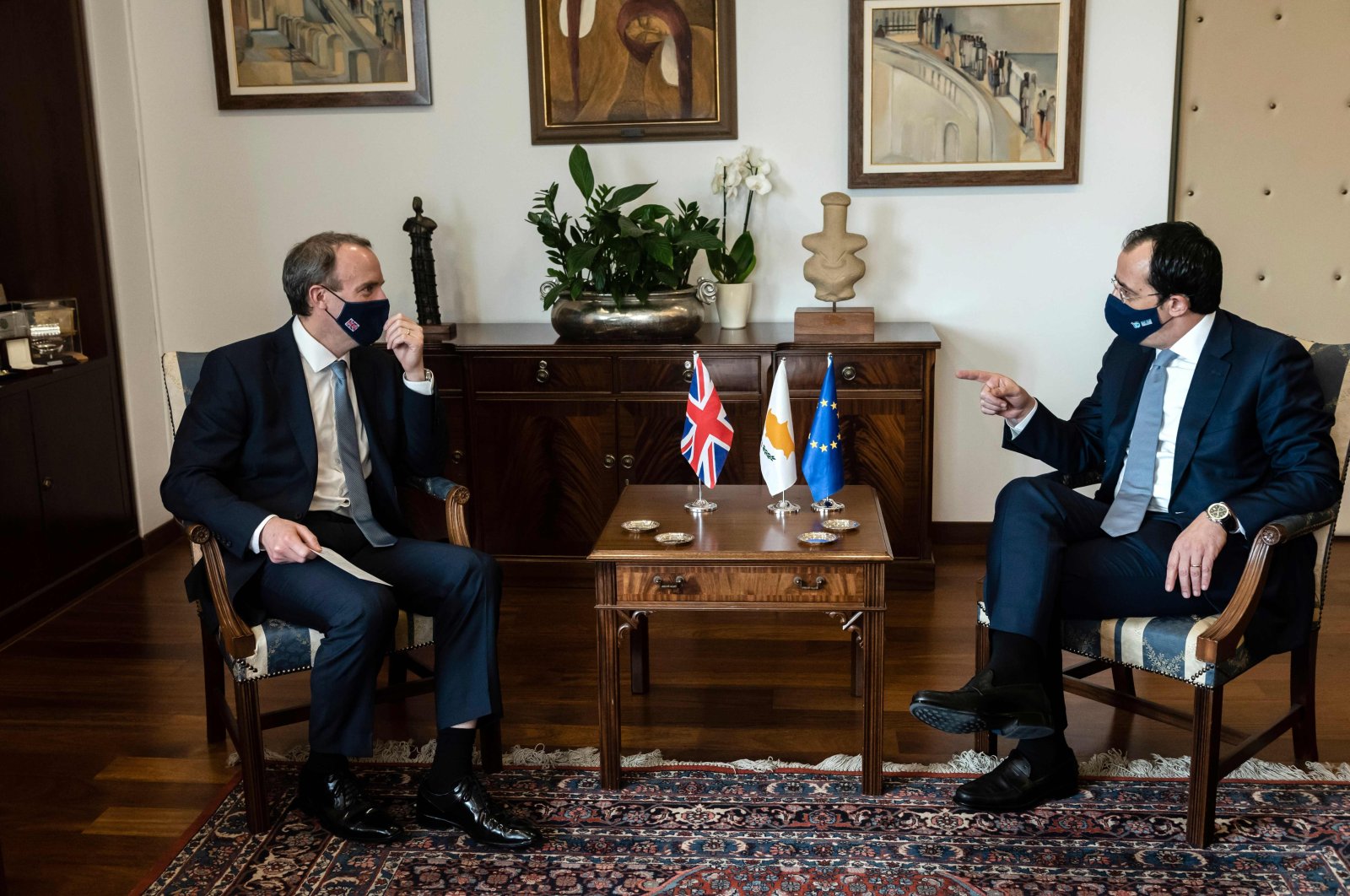 British Foreign Secretary Dominic Raab called for flexibility ahead of a fresh bid by the United Nations to heal the decades-old division of the island of Cyprus, a dispute harming ties between Turkey and Greece and energy projects in the Eastern Mediterranean.

Raab was holding talks on the island Thursday with its Greek and Turkish Cypriot leaders. Earlier in the week, he spoke to his counterparts from Greece and Turkey.

"Ahead of informal U.N. talks on Cyprus, today I spoke to Turkish Foreign Minister Mevlüt Çavuşoğlu and reinforced the need for all sides to be flexible," Raab wrote on his official Twitter account late Wednesday.

"Failure to reach a settlement after so many efforts will benefit no-one, so I urge all sides to come to the talks with a willingness to demonstrate flexibility and compromise," Raab also said on Thursday after meeting Greek Cypriot counterpart Nikos Christodoulides in the capital Nicosia.

Earlier, Raab met Greek Cypriot leader Nicos Anastasiades and was scheduled to meet Turkish Cypriot President Ersin Tatar later in the day on the other side of the divided city.

Raab represents one of three guarantor countries under a convoluted treaty which granted Cyprus independence in 1960. He and the foreign ministers of Greece and Turkey, as other guarantor countries, are expected to attend a three-day summit the U.N. will call in early March on the future of Cypriot reunification talks.

The island of Cyprus, with a combined population of just over 1 million, has been divided since 1974 when a Greek Cypriot coup aimed at Greece’s annexation of the island was followed by violence against the island’s Turks and Ankara’s intervention as a guarantor power. It has seen an on-and-off peace process in recent years, including a failed 2017 initiative in Switzerland under the auspices of guarantor countries Turkey, Greece and the U.K. The Turkish Republic of Northern Cyprus (TRNC) was founded in 1983.

Currently, the TRNC has a population of almost 400,000 people. Even though it is not recognized by any country other than Turkey, it is a model state in terms of its democracy and freedom. A 2016 Freedom House report on the country stated it is "free" when it comes to political rights and civil liberties. The TRNC supports a 5+U.N. informal meeting on Cyprus, including both sides of Cyprus, the guarantor countries and the U.N., to resolve the issue.

On Jan. 20, U.N. Secretary-General Antonio Guterres announced his intention to invite the rival leaders of Cyprus to an informal meeting “as soon as practicable” but warned that this meeting must be different and help clarify “the true extent” of their common vision “and outline steps necessary to chart a way forward.” After decades of no progress, he said, “changes are happening on the ground that may become irreversible, should the two communities not recommit themselves to resolving their differences peacefully, proactively and with determination.”

Commenting on the possible U.N.-led talks, Çavuşoğlu earlier this week said there will no longer be any negotiations on a possible formation of a federation on the island of Cyprus.

Underlining that the Turkish Cypriots showed that they want a two-state solution for the island by voting for Ersin Tatar in the recent presidential elections, Çavuşoğlu said that the upcoming talks on the issue will show if the negotiations will resume or not.

Tatar, a fierce supporter of the two-state solution for the Cyprus issue, was elected president of the TRNC in October.