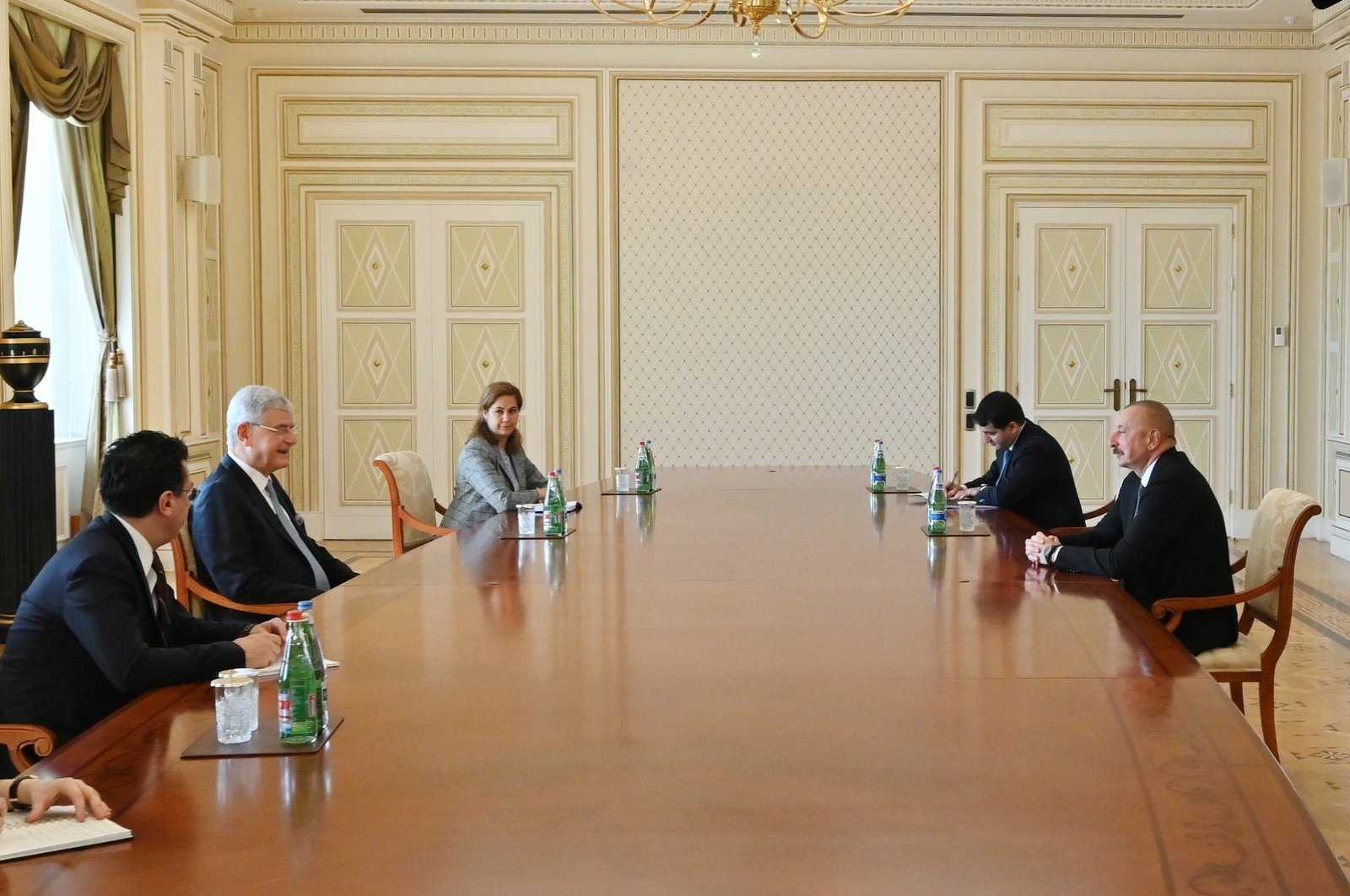 The president of the 75th General Assembly of the United Nations, Volkan Bozkır, was received by Azerbaijani President Ilham Aliyev within the scope of Bozkır's official visit to Baku on Friday. During his visit, the U.N. official emphasized that Azerbaijan plays a very important role in all international issues.

Bozkır emphasized the importance of Azerbaijan for the U.N. and spoke about the summit on the COVID-19 crisis held under the leadership of Aliyev. "Azerbaijan is a very important country for the United Nations. During my tenure, we held a very important summit under the leadership of President Ilham Aliyev. President Ilham Aliyev pioneered the United Nations to hold a special meeting in the fight against the COVID-19 outbreak. This meeting ended with great success."

Stating that he was received by Aliyev, Bozkır said, "We discussed all regional issues and issues on the agenda of the United Nations. I thanked him for his contribution to the United Nations and his commitment to multilateralism. During this visit, we will also hold meetings with the speaker of Parliament and the minister of foreign affairs. I am very happy to come to Azerbaijan."

I was honored to be received by H.E. President Ilham Aliyev, during my official visit to Azerbaijan as @UN_PGA.

Azerbaijan assumed significant roles in #UNGA during its 75th session.

I thanked President Aliyev for Azerbaijan’s strong support to my Presidency. #UNGA75 pic.twitter.com/vQaUURGy0s

Bozkır also shared the issues on the U.N.'s agenda, "Helping countries in particularly difficult situations, combating the pandemic, ensuring the fair and equitable distribution of vaccines to all countries, as well as water, agriculture, desertification, electricity, digital issues are on our agenda."

During the meeting where the COVID-19 epidemic and the Nagorno-Karabakh war were discussed, Aliyev said: "The Armenian brutality is obvious in the lands liberated from the occupation. As international organizations see this with their own eyes, the world community will have better information about the invasion of Armenia."

Stating that Azerbaijan has always had close ties with the U.N., Aliyev said: "We had close relations with U.N. agencies and these relations continue. In the post-war period, the contacts have become more active and these contacts will continue. They should continue to be active in the aftermath. I have repeatedly stated that the Nagorno-Karabakh problem has been resolved, that Azerbaijan has solved it and implemented the decisions on paper for nearly 30 years."

During his visit to the capital, Bozkır visited the tomb of former President Heydar Aliyev. Leaving flowers on the former leader's grave, Bozkır paused for a minute of silence. He also visited the graves of Azerbaijanis and Turks killed during conflicts.