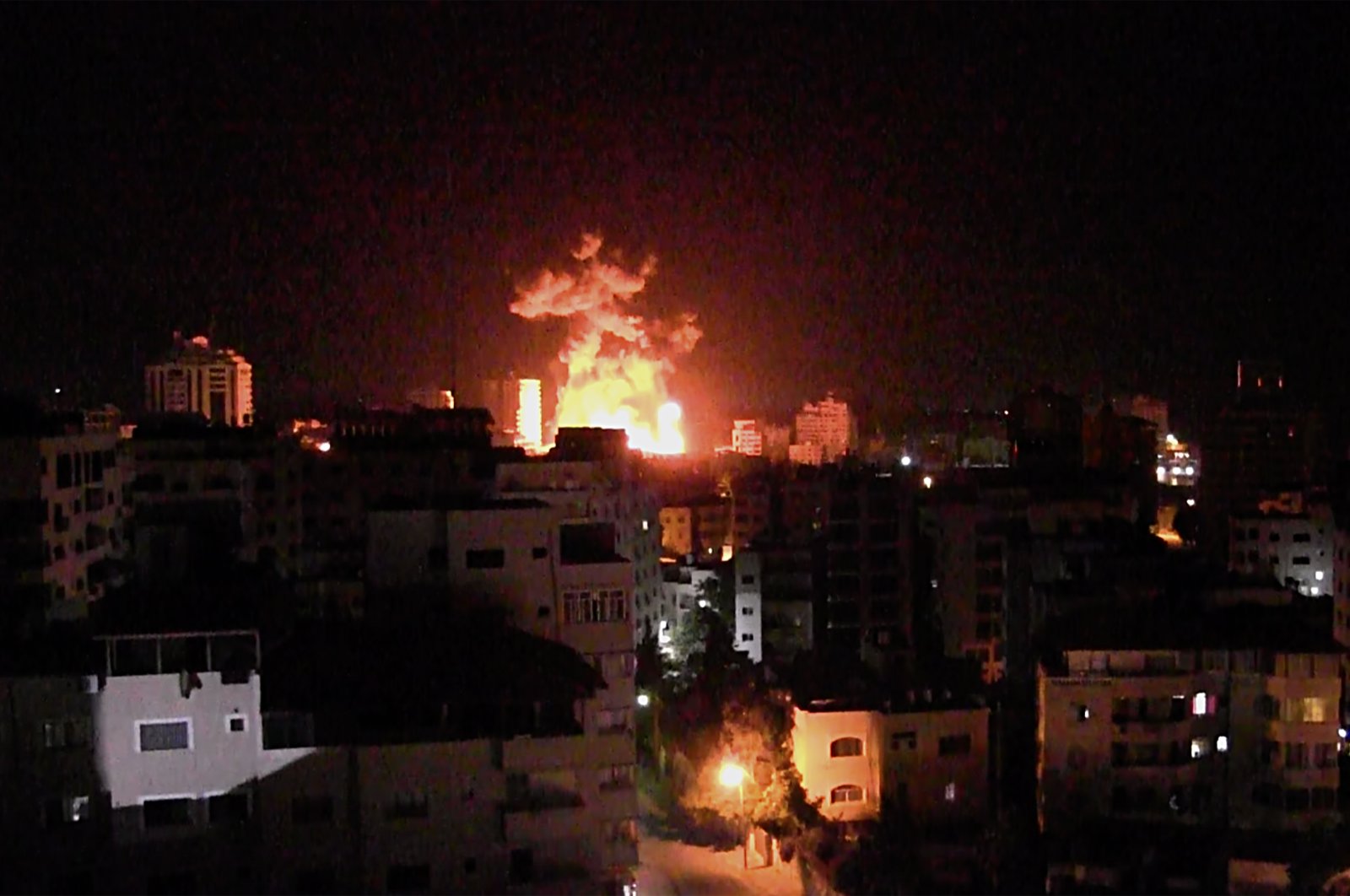 The United Nations' call to Israel and Palestine to return to negotiations is positive, but insufficient, said Turkey's Parliament Speaker Mustafa Şentop Sunday.

"While the U.N.'s call for an end to the conflict between Israel and Palestine and to return to negotiations for a two-state solution is positive, it is not a sufficient step," he said in a post on Twitter.

His remarks came after U.N. Secretary-General Antonio Guterres, in an address at the U.N. Security Council (UNSC), called on the two sides to end the "senseless cycle of bloodshed, terror and destruction" and return to negotiations for a two-state solution.

"The U.N. should immediately put Israel's civilian massacres, state terror and crimes against humanity on its agenda," Şentop urged.

Later in the day, he also voiced disappointment at the world's silence in the face of Israel's state terrorism, crimes against humanity and their killing of infants and children.

In another statement, the ruling Justice and Development Party's (AK Party) spokesperson Ömer Çelik said that the U.N. should end such meaningless calls.

"They make equal calls to those who kill children and those whose children are killed. This is political hypocrisy," he said on Twitter.

"This kind of statement is nothing more than encouraging Israel to do more persecution," Çelik added.

The death toll from Israeli attacks on the blockaded Gaza Strip Sunday rose to 197, including 58 children and 34 women, according to the Palestinian Health Ministry.

The recent tensions that started in East Jerusalem in the Muslim holy month of Ramadan spread to Gaza after Palestinian resistance groups there vowed to retaliate against Israeli assaults on Al-Aqsa Mosque and the Sheikh Jarrah neighborhood if they were not halted.

As Israeli violence and oppression against the Palestinians continue, Turkey has intensified diplomatic efforts to put an end to Israeli aggression.

Foreign Minister Mevlüt Çavuşoğlu Sunday spoke to his Qatari, Palestinian and Pakistani counterparts to discuss the evolving situation in Palestine.

In separate phone calls, the top diplomat discussed the latest developments in Palestine and steps to be taken in the international arena, according to diplomatic sources.

In the meeting, Çavuşoğlu had said that Israel is the only party responsible for the ongoing tensions with the Palestinians and the humanitarian crisis in the region and must be held accountable for its crimes.

"It is time to show unity and determination. The Ummah expects leadership from us. Turkey is ready to take every necessary step," he added.