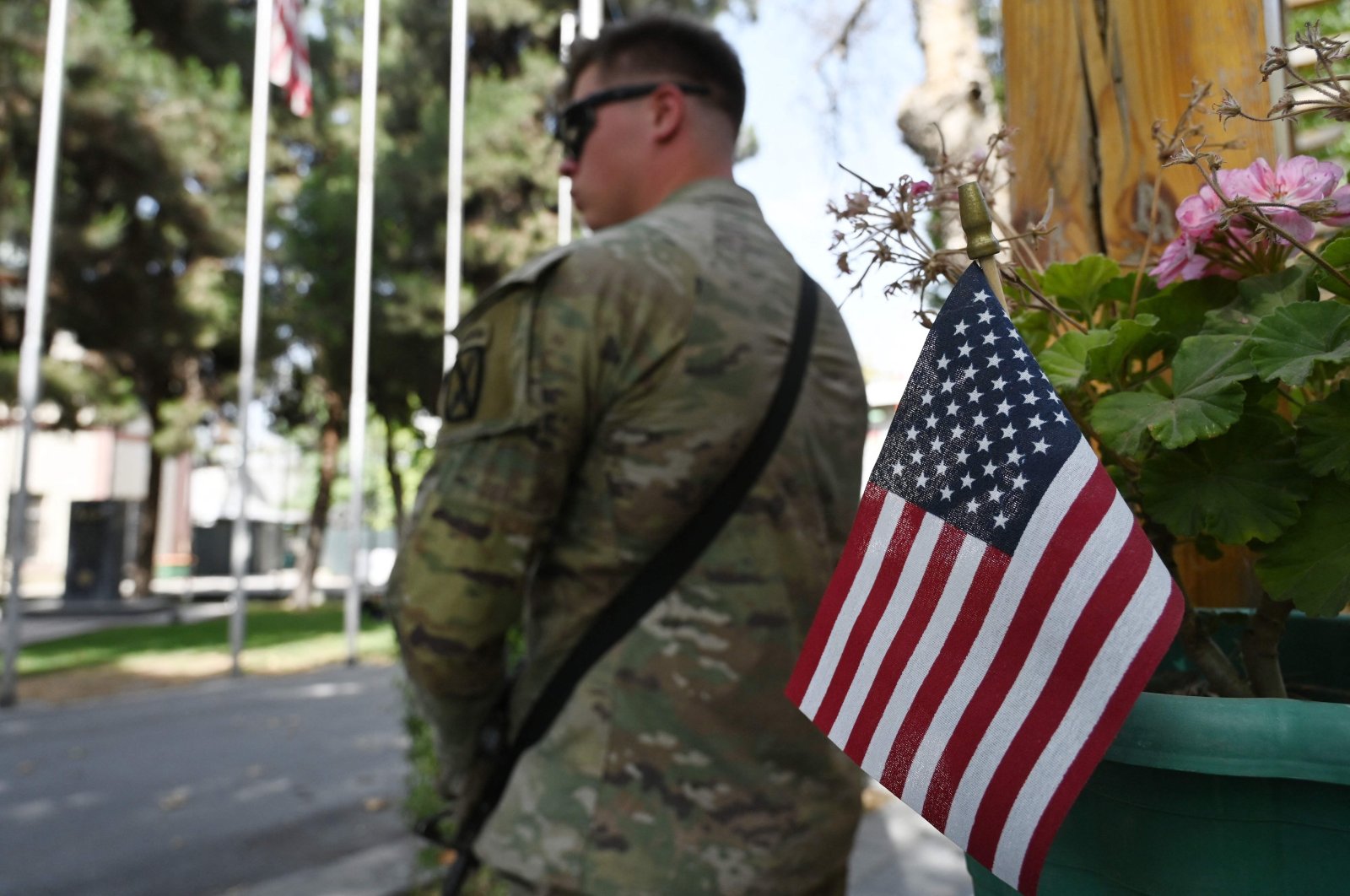 A U.S. military personnel stands guard after an official handover ceremony at the Resolute Support headquarters in the Green Zone in Kabul, Afghanistan, July 12, 2021. (AFP Photo)
by Anadolu Agency Jul 13, 2021 12:05 am

The U.S. expressed appreciation on Monday for Turkey's help in the rapid withdrawal of American and NATO troops from Afghanistan ahead of the new August deadline.

"We certainly welcome Turkey's constructive role when it comes to the withdrawal, and the broader safety and security situation in Afghanistan," State Department spokesperson Ned Price told reporters.

He further welcomed Ankara's "support for the diplomatic process" in Afghanistan.

U.S. President Joe Biden set in April a Sept. 11 deadline for all American forces to be withdrawn from Afghanistan in what is set to be the end of the U.S.' 20-year war.

Talks between the U.S. and Turkey over security at Kabul's Hamid Karzai International Airport following the U.S. pullout remain ongoing.

Biden last week formally expedited the timeline for the withdrawal, saying the U.S. military mission in Afghanistan will conclude on Aug. 31.

The president said it is "highly unlikely" a unified government will control Afghanistan after the U.S. exit as he pushed for a negotiated deal between the internationally recognized government and the Taliban.

U.S. Central Command (CENTCOM) said Tuesday that the process to withdraw American forces from Afghanistan by September is more than 90% complete.