US, Turkey working out details of Kabul airport mission: Pentagon 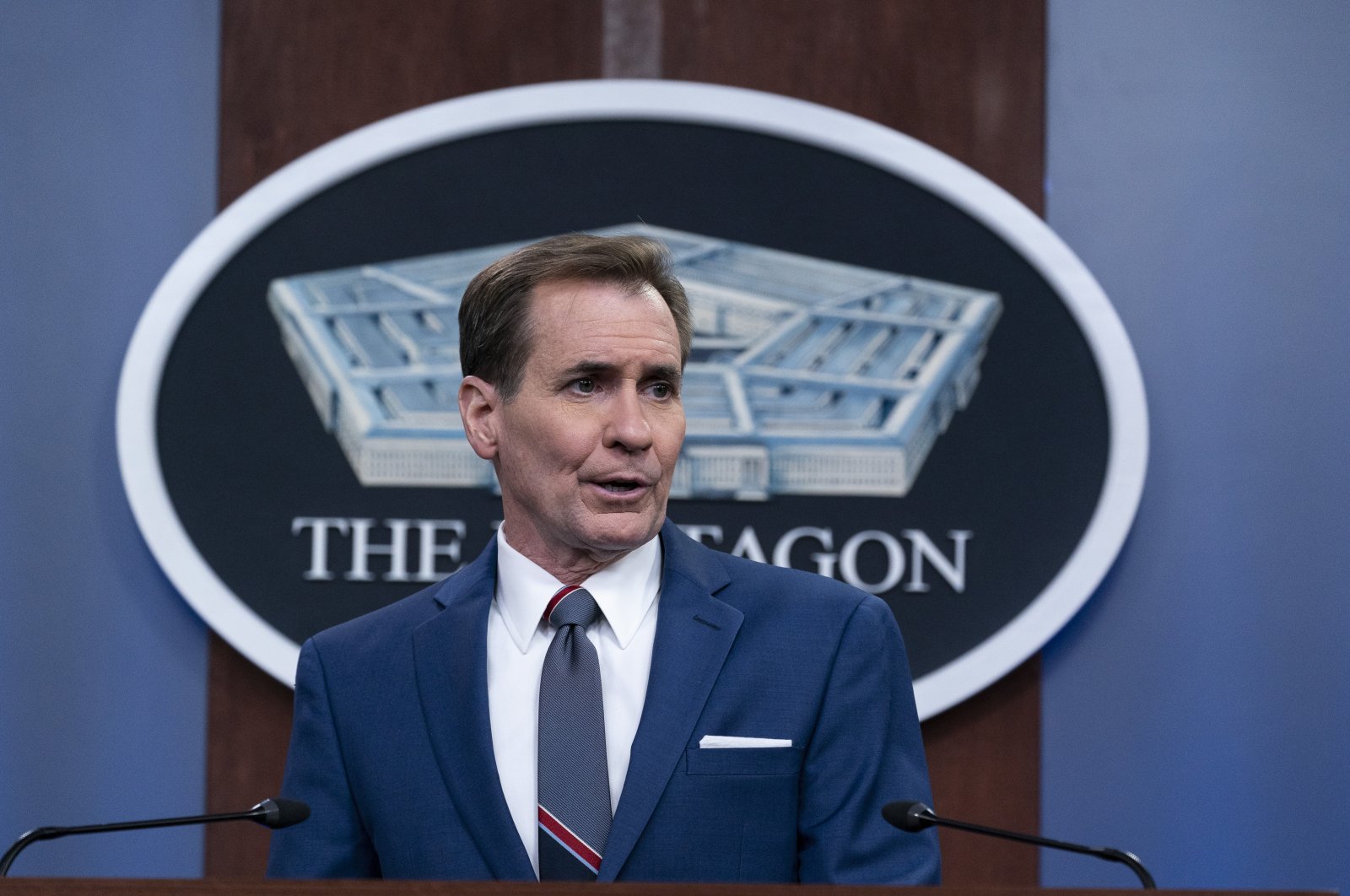 Some American troops will remain in Afghanistan to protect the U.S. diplomatic presence, Pentagon Spokesperson John Kirby said Tuesday, adding that they are still working on the details of how to secure the Kabul airport following the withdrawal of NATO forces amid the ongoing talks with Turkey about the mission.

Asked in a press briefing about recent reports from The Associated Press (AP) that approximately 650 U.S. troops will remain in Afghanistan to ensure the safety of diplomats, with an additional several hundred U.S. troops likely to stay at Kabul Hamid Karzai International Airport to assist Turkish troops until September, Kirby stated that he had seen the news but could not confirm the specific figures.

“But it's important to keep in mind that some U.S. troops will remain in Afghanistan. We have to do this to protect our diplomatic presence,” said Kirby, emphasizing that the security of Hamid Karzai International Airport in Kabul is also critical for maintaining and protecting the diplomatic presence on the ground.

Kirby recalled that U.S. President Joe Biden made it very clear that he wants to keep the embassy open and continue its programs.

“We are still working on some of the details of how the airport will be secured,” Kirby said. "As you all know, there are U.S. soldiers at the airport. I don't know what their situation will be in the future."

Those soldiers will take on the role of helping the Turkish soldiers who provide security there. According to U.S. officials, U.S. troops will be stationed there temporarily until an official Turkish-led security operation becomes operational.

Turkey, whose forces in Afghanistan have always been comprised of noncombatant troops, has offered to guard and run Hamid Karzai airport after NATO's withdrawal and has been holding talks with the U.S. on logistic and financial support for the mission, as questions remain on how security will be assured along major transport routes and at the airport, which is the main gateway to the capital, Kabul.

Last week, a U.S. delegation visited Turkey to discuss the details of the airport mission following the NATO troops' withdrawal.

Turkey will likely run and guard Kabul Hamid Karzai International Airport in Afghanistan if the necessary conditions are met, Turkish Defense Minister Hulusi Akar said last week, adding that no additional personnel is to be sent there.

U.S. National Security Adviser Jake Sullivan recently said that Biden and Turkish President Recep Tayyip Erdoğan agreed in a meeting at the NATO summit that Turkey would play a lead role in securing Kabul airport after the NATO withdrawal.

As discussions on the withdrawal from Afghanistan resume, the top U.S. general in Afghanistan on Tuesday gave a sobering assessment of the country's deteriorating security situation as America winds down its so-called “forever war.”

Gen. Austin S. Miller said the rapid loss of districts around the country to the Taliban – several with significant strategic value – is worrisome. He also cautioned that the militias deployed to help the beleaguered national security forces could lead the country into civil war.

“A civil war is certainly a path that can be visualized if this continues on the trajectory it’s on right now, that should be of concern to the world,” he said.

Miller also told a small group of reporters in the Afghan capital that for now he has the weapons and the capability to aid Afghanistan’s National Defense and Security Forces.

“What I don’t want to do is speculate what that (support) looks like in the future,” he said.

Washington signed a peace deal with the Taliban in February 2020. It laid out the promise of a U.S. withdrawal and commitments by the Taliban to ensure Afghanistan does not harbor militants that can attack the United States. The details of those commitments have never been made public.

The Taliban have accused Washington of breaking the agreement, which called for all troops to be out by May 1, the date the final withdrawal began. U.S. officials have said the Taliban have made some progress, but it's not clear whether the insurgent group has kept its end of the deal.

The insurgent group issued orders to commanders against allowing foreign fighters among their ranks, but evidence continues to surface that non-Afghans are on the battlefield.

Still, Miller was insistent that only a political solution will bring peace to the war-tortured nation.

“It is a political settlement that brings peace to Afghanistan. And it’s not just the last 20 years. It’s really the last 42 years,” he said.

Miller was referring to not only the U.S. war but that of the Soviet Union's 10-year occupation that ended in 1989. That conflict was followed by a brutal civil war fought by some of the same Afghan leaders deploying militias against the Taliban. The civil war gave rise to the Taliban, who took power in 1996.

American officials have said the entire pullout of U.S. troops will most likely be completed by July 4. But Miller refused to give any date or time frame, referring only to the Sept. 11 timeline given by Biden in April when he announced the withdrawal of the remaining 2,500-3,500 American troops.