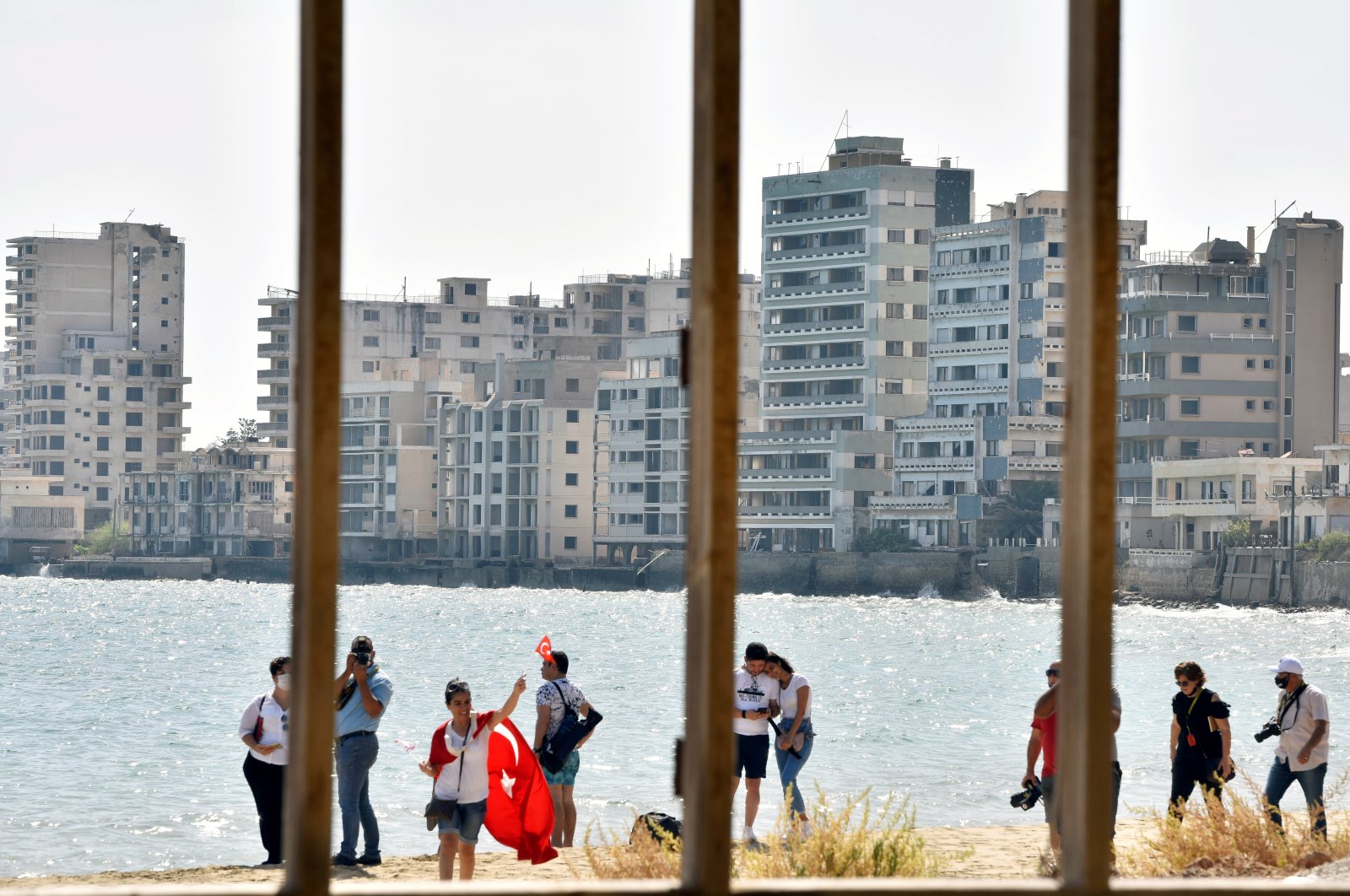 The partial reopening of the once ghost town Varosha (Maraş) on the northern side of the island of Cyprus was done in accordance with civil rights, Turkish Republic of Northern Cyprus (TRNC) President Ersin Tatar said Tuesday.

Tatar, who received the president of the Immovable Property Commission (TMK), Növber Ferit Vechi, said the commission has an important duty.

He underlined that the Greek Cypriot side's pressure on its citizens not to apply to the TMK is wrong.

Noting that Varosha was reopened with the support of Turkey, he said the regulations made were shared with the whole world.

"We stated that if an application is made, the TMK will evaluate it. It has been decided by the Council of Ministers that the assets in the 3.5% pilot region will be returned to the applicants," he added.

Tatar said the reopening of Varosha is an important political step, adding the TRNC's policies facilitated the progress.

Varosha is a suburb of Famagusta, a city that was Cyprus’ pre-1974 tourism hub thanks to its pristine beaches and modern hotels. Varosha was a famous resort area on the island that boasted a capacity of 10,000 beds across more than 100 hotels. Turkish military forces intervened on the island following a Greece-backed coup, stopping the yearslong persecution and violence against Turkish Cypriots by ultra-nationalist Greek Cypriots. After Varosha’s 15,000 Greek Cypriot residents fled in the face of advancing Turkish troops, the area was fenced off to prevent any access until October 2019, when Turkish and Turkish Cypriot authorities announced its reopening.

Varosha was abandoned after a 1984 United Nations Security Council resolution saying that only its original inhabitants could resettle the town. Entry into the town was forbidden except for Turkish army personnel stationed in the TRNC. If the Greek Cypriots had accepted the 2004 U.N. Cyprus reunification plan, known as the Annan Plan, Varosha would now be back under Greek Cypriot control and its residents back in their homes. Despite this, the majority of Greek Cypriots voted against the plan, while Turkish Cypriots voted for it.

Varosha had virtually become a ghost town as it remained cut off from the world for some 47 years. A portion of the region – just about 3.5% of the total area – was reopened in October 2020, with people welcome to visit between 8 a.m. and 8 p.m. daily. Since the reopening, Varosha has attracted both people living in the TRNC as well as foreign tourists, with the environment and landscape around the town also boosting its appeal.

The United Nations Security Council had condemned the decision by Turkey and Turkish Cyprus to reopen a residential section of the abandoned suburb and called for its “immediate reversal," warning that it could raise tensions on the divided Mediterranean island, and a presidential statement approved by all 15 council members at an open meeting reiterated that any attempt to settle any part of the Varosha suburb “by people other than its inhabitants is inadmissible.”

In response, Turkey's Foreign Ministry rejected the UNSC's statement as well as the "unfounded claims" of several countries on the reopening of Varosha in Turkish Cyprus. Noting that Varosha is part of Turkish Cyprus, it underlined that the city "has not been opened to settlement and was declared a military zone as a goodwill gesture by the TRNC authorities." Turkey assured that all decisions made by the TRNC authorities "respect the property rights and are in full compliance with international law."

Turkish and TRNC authorities have repeatedly called on Greek Cypriots and other citizens who own assets in Varosha to apply to the Immovable Property Commission.

In 1974, a Greek Cypriot coup aimed at Greece's annexation of the island led to Turkey's military intervention as a guarantor power to protect Turkish Cypriots from persecution and violence. As a result, the TRNC was founded in 1983.