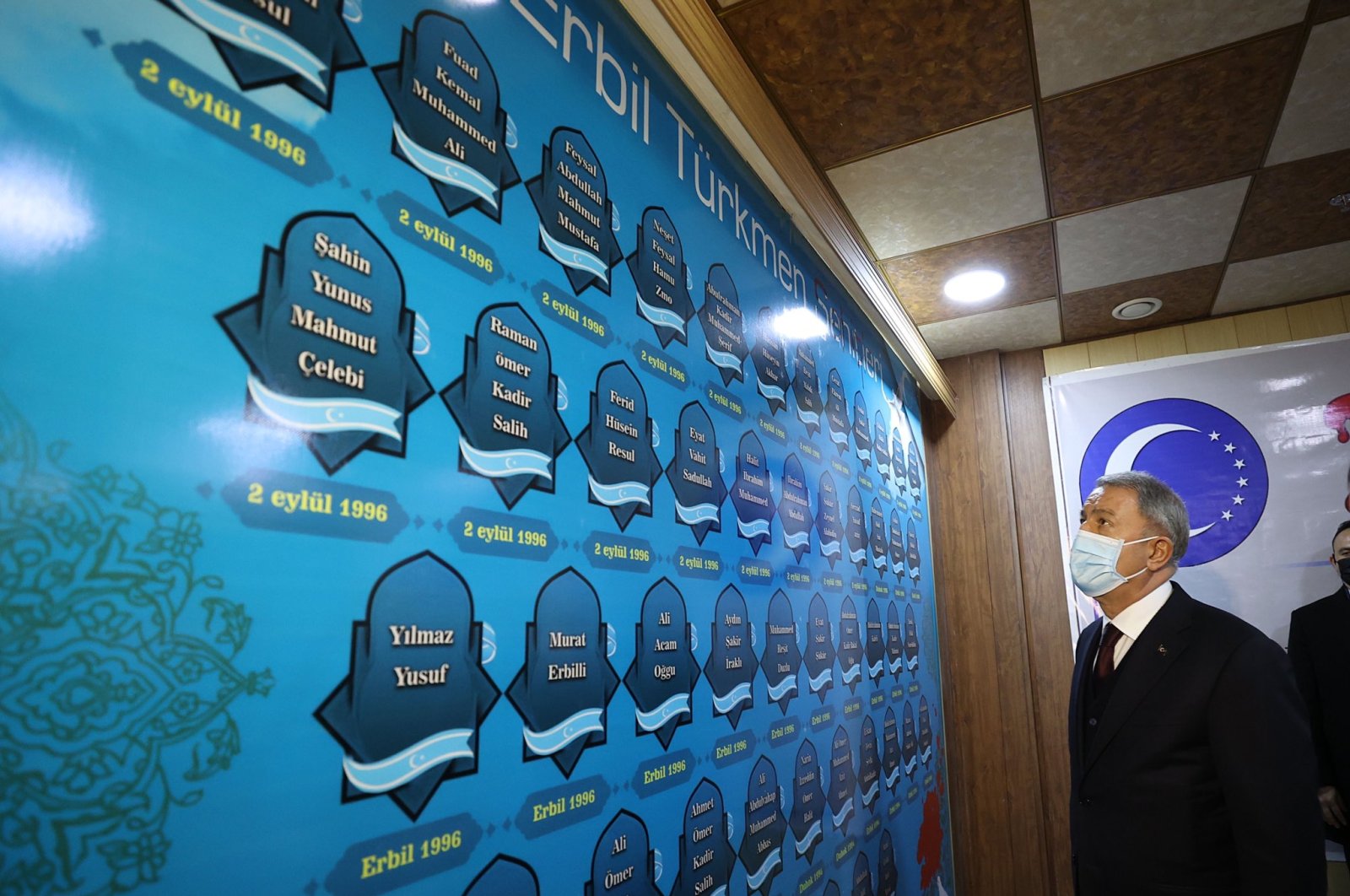 Turkish Defense Minister Hulusi Akar's recent visit to Iraq not only paved the way for future political cooperation between the two countries but also boosted the morale of Iraqi Turkmens, an Iraqi Turkmen minister said Friday.

"As Turkmens, we rejoiced. Not only Turkmens in Irbil but Turkmens in all of Iraq have become really happy to see that there has been a visit to the Iraqi Turkmen Front (ITC)," said Aydın Maruf, a member of the ITC's executive board and the Kurdistan Regional Government's (KRG) minister of ethnic and religious entities.

Speaking to Anadolu Agency (AA), Maruf stated that the Turkmen community in Iraq needs more such visits since receiving Turkish support boosts the morale of the locals remarkably.

During his 36-hour visit to Iraq at the beginning of the week, Akar held nine sessions with Iraqi officials. He met with Iraqi President Barham Salih, Prime Minister Mustafa al-Kadhimi and Interior Minister Othman al-Ghanmi in Baghdad, and with KRG President Nechirvan Barzani, KRG Prime Minister Masrour Barzani, former KRG President Masoud Barzani and the ITC in Irbil. Following his visit, Akar said that all of his meetings in Baghdad and Irbil were productive and constructive, as both sides agreed on several bilateral issues.

Akar discussed the political, cultural and educational circumstances of the Turkmens in Iraq during his visit to the ITC. Maruf said one of the major topics discussed during the visit was the Sinjar deal and the presence of terrorist groups in the region.

"These illegal groups' existence in there should be terminated immediately and the normalization process in Sinjar should begin," Maruf said, referring to the PKK as one of the main threats in the region.

"Today, cooperation is needed between Irbil, Baghdad and Ankara. Acting together is crucial. Because, in there (Sinjar), the illegal groups are not posing a threat to one side only. They are a threat to Iraq, the KRG and Turkey, and all the border regions. Thus, acting together in the Sinjar case is crucial," he underlined.

The Turkish Armed Forces (TSK) regularly conducts cross-border operations in northern Iraq, a region where PKK terrorists have hideouts and bases from where they carry out attacks on Turkey. The KRG in northern Iraq had previously called the PKK’s presence in Sinjar unacceptable and urged the militants to leave the area.

During his visit, Akar, in response to a question of whether the two countries are planning a joint operation against the PKK, said the two sides have agreed to exchange information and establish mechanisms to share information. With regard to the presence of PKK terrorists in the Sinjar region despite the agreement, Akar said the central administration in Baghdad is still carrying out work to clear them.

Maruf said Iraqi Turkmens have always supported Ankara's relations with both Baghdad and the KRG, highlighting Turkey's importance for the region and its reputation as the caretaker of victims.

The Iraqi Turkmens, also known as Iraqi Turks, are a Turkic-speaking minority whose total population is estimated to be around 3 million. The oil-rich Irbil-Kirkuk region of northern Iraq has been a battleground for competing forces since the U.S.-led ouster of President Saddam Hussein in 2003.