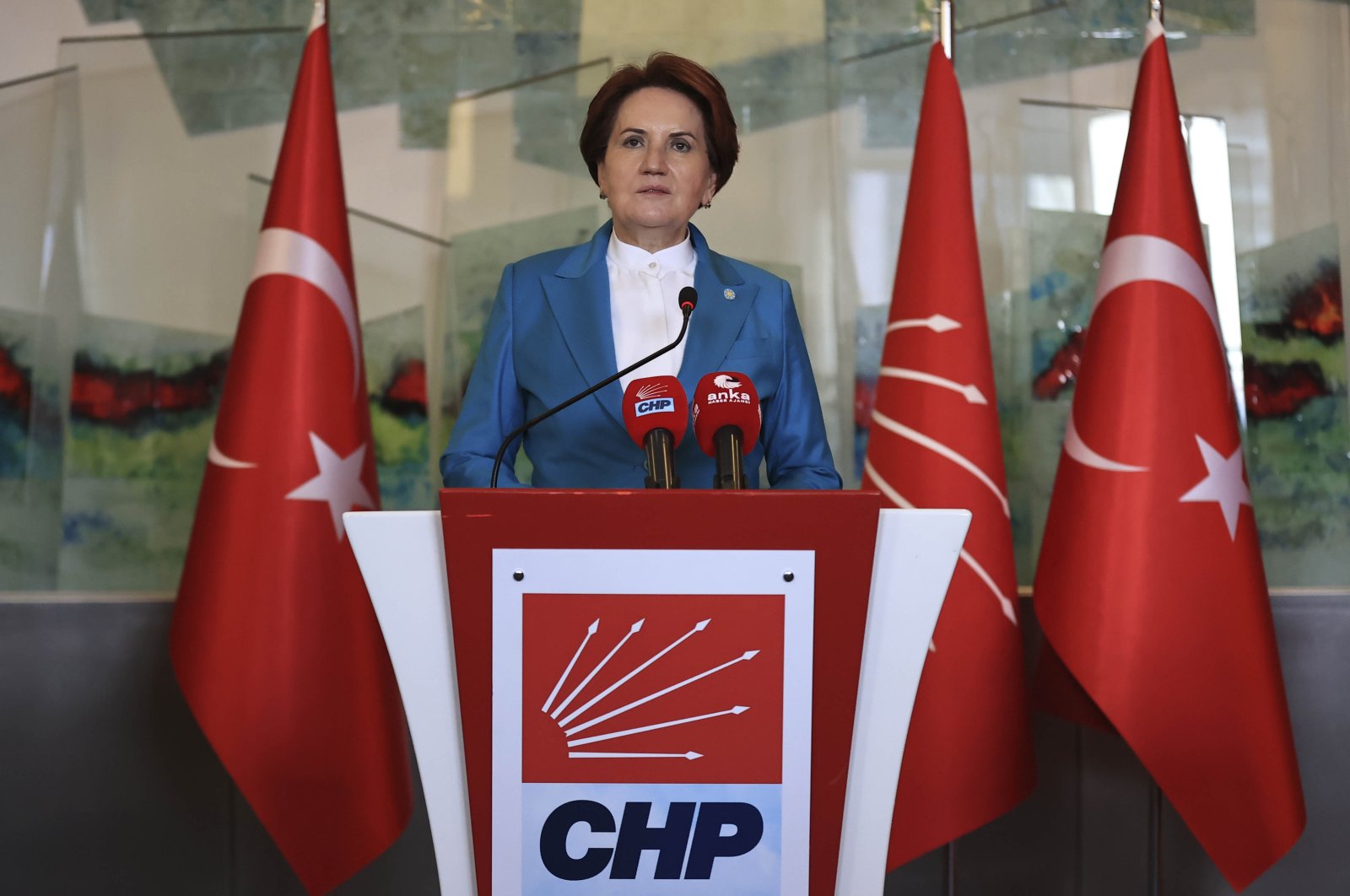 Good Party (IP) Chairperson Meral Akşener said Monday that she would not object if the opposition bloc appoints Istanbul Mayor Ekrem Imamoğlu or Ankara Mayor Mansur Yavaş as the presidential candidate in the upcoming elections.

Speaking at a televised interview, she claimed that the main opposition bloc Nation Alliance's presidential candidate will be the 13th president of Turkey.

"There will be a rapid transition to the parliamentary system. There will be a president in the system. It can have a vice president, who can also work as the prime minister. The elected president does not need to be reelected," she insisted.

The right-wing IP cooperates with the main opposition center-left Republican People's Party (CHP), the conservative Felicity Party (SP) and the center-right Democrat Party (DP) under the Nation Alliance, which was formed before the general elections in June 2018. The Nation Alliance frequently voices demand for early elections and a return to the parliamentary system.

Suggesting that the opposition bloc should have a single presidential candidate, Akşener added: "Ekrem Imamoğlu and Mansur Yavaş are both mayors of the Nation Alliance. I made an effort to elect both names. If Mr. (CHP Chair Kemal) Kılıçdaroğlu nominates one of the two friends, we would not say 'no.'"

Government officials and the ruling Justice and Development Party (AK Party) have repeatedly dismissed demands from the opposition for early elections, saying the next elections will be held on schedule in 2023.

Turkish voters narrowly endorsed an executive presidency in the April 16, 2017 referendum with 51.4% of the votes in favor. The official transition to the new system took place when Recep Tayyip Erdoğan took the presidential oath of office in Parliament after the June 24, 2018, general elections, in which he won 52.6% of the votes.