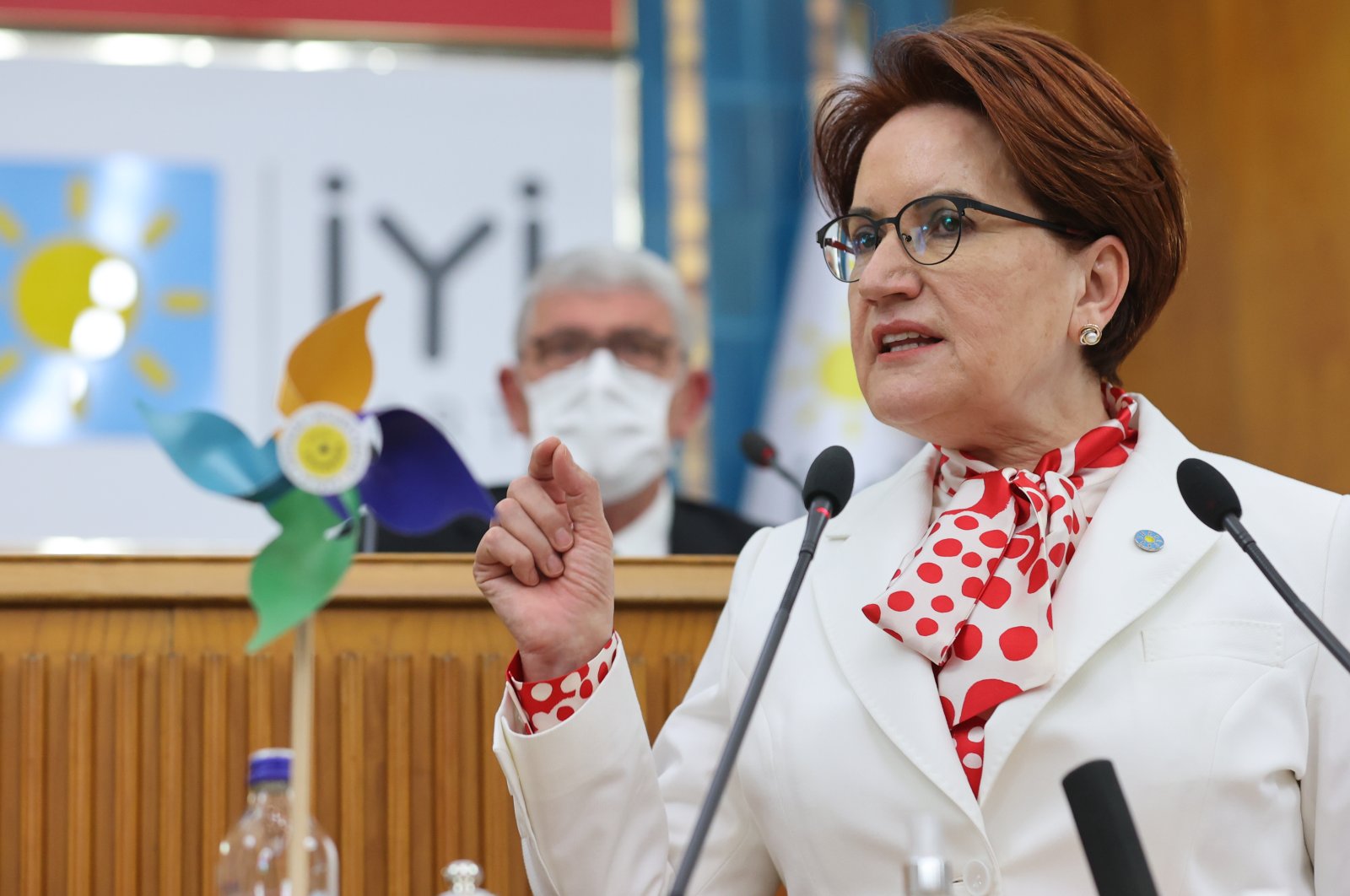 Turkey's opposition bloc the Nation Alliance will nominate a single presidential candidate in the country's next election, the chair of the right-wing Good Party (IP), one of the alliance's major partners, said Wednesday.

"As the Nation Alliance, we're going to nominate a presidential candidate and that (candidate) will become Turkey's 13th president," said IP Chair Meral Akşener while addressing her parliamentary group.

Criticizing the presidential system adopted in the country with a 2017 referendum and put into force the following year, Akşener said that "even if the person we nominate is the most talented and respected person in the world, Turkey can't be governed under this freakish system."

She took issue, in particular, with this system allowing the country's president to simultaneously hold membership in a political party, arguing that it also concentrated too much power in a single person.

IP cooperates with the main opposition center-left Republican People's Party (CHP), the conservative Felicity Party (SP) and the center-right Democrat Party (DP) under the Nation Alliance, which was formed before general elections in June 2018.

During her address, Akşener also repeated her pledge not to run for the presidency in the next elections, currently scheduled for June 2023.

She added: "Whether in 2023 or in an election to be held earlier, the primary duty of the (presidential) candidate of the Nation Alliance, who will be elected as Turkey's 13th president, will be to quickly save Turkey from this outdated system, and to put into effect democracy based on the separation of powers."

President Recep Tayyip Erdoğan has repeatedly dismissed demands from the opposition for early elections, saying the next elections will be held on schedule in 2023.

Turkish voters narrowly endorsed an executive presidency in the April 16, 2017 referendum with 51.4% of the votes in favor. The official transition to the new system took place when Erdoğan took the presidential oath of office in Parliament after the June 24, 2018, general elections, in which he won 52.6% of the votes.