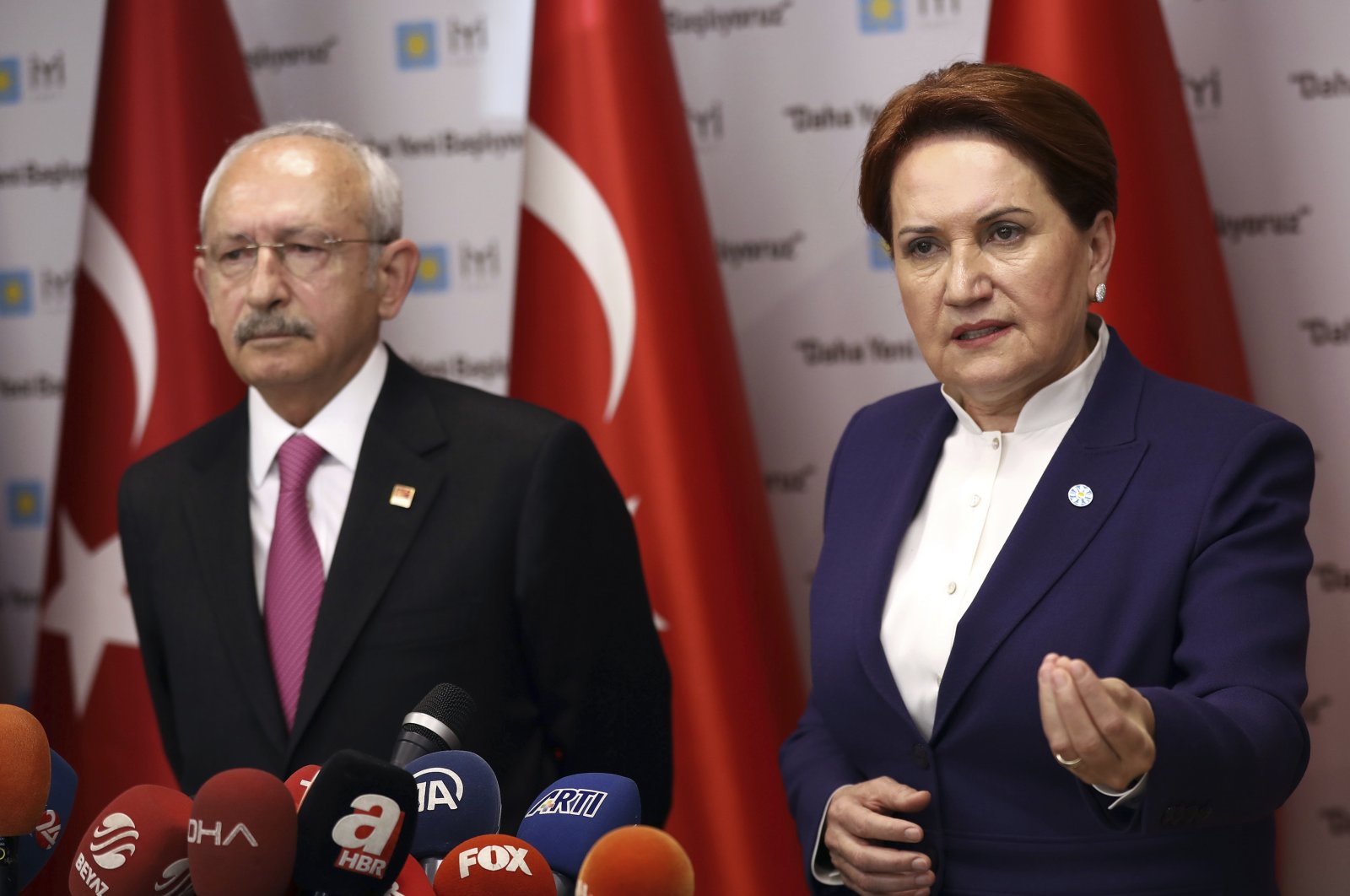 The opposition Good Party (IP) would like to see its Chairperson Meral Akşener as the candidate in Turkey’s 2023 presidential elections, Vice-Chairperson Bahadır Erdem said Monday, as the opposition bloc scrambles to come up with candidates against the People's Alliance led by the ruling Justice and Development Party (AK Party).

While dismissing the potential for disagreement among the members of the Nation Alliance led by the main opposition Republican People's Party (CHP), Erdem said the party would like to see Akşener as the candidate but acknowledged that the people will make the final decision.

Meanwhile, CHP spokesperson Faik Öztrak also dismissed the possibility of internal strife among alliance members, as he told reporters that it is normal for everyone to have a candidate on their minds.

“It is only natural for someone to have a favorite candidate,” he said, adding that the alliance does not have any issues regarding candidates for the elections.

Earlier this month, CHP Chairperson Kemal Kılıçdaroğlu said the Nation Alliance may have more than one candidate for the presidential elections.

Consisting of the center-left main opposition CHP, the right-wing IP, conservative Felicity Party (SP) and the center-right Democrat Party (DP), the Nation Alliance has been focusing its policies on anti-Erdoğan rhetoric and has experienced internal problems mainly due to veiled cooperation with the pro-PKK Peoples’ Democratic Party (HDP).

While the opposition has been calling for snap polls to elect a new president, the People’s Alliance has opposed it, saying that the elections will be held on the designated date in 2023.

The People's Alliance has announced its candidate for the upcoming polls as President Recep Tayyip Erdoğan.