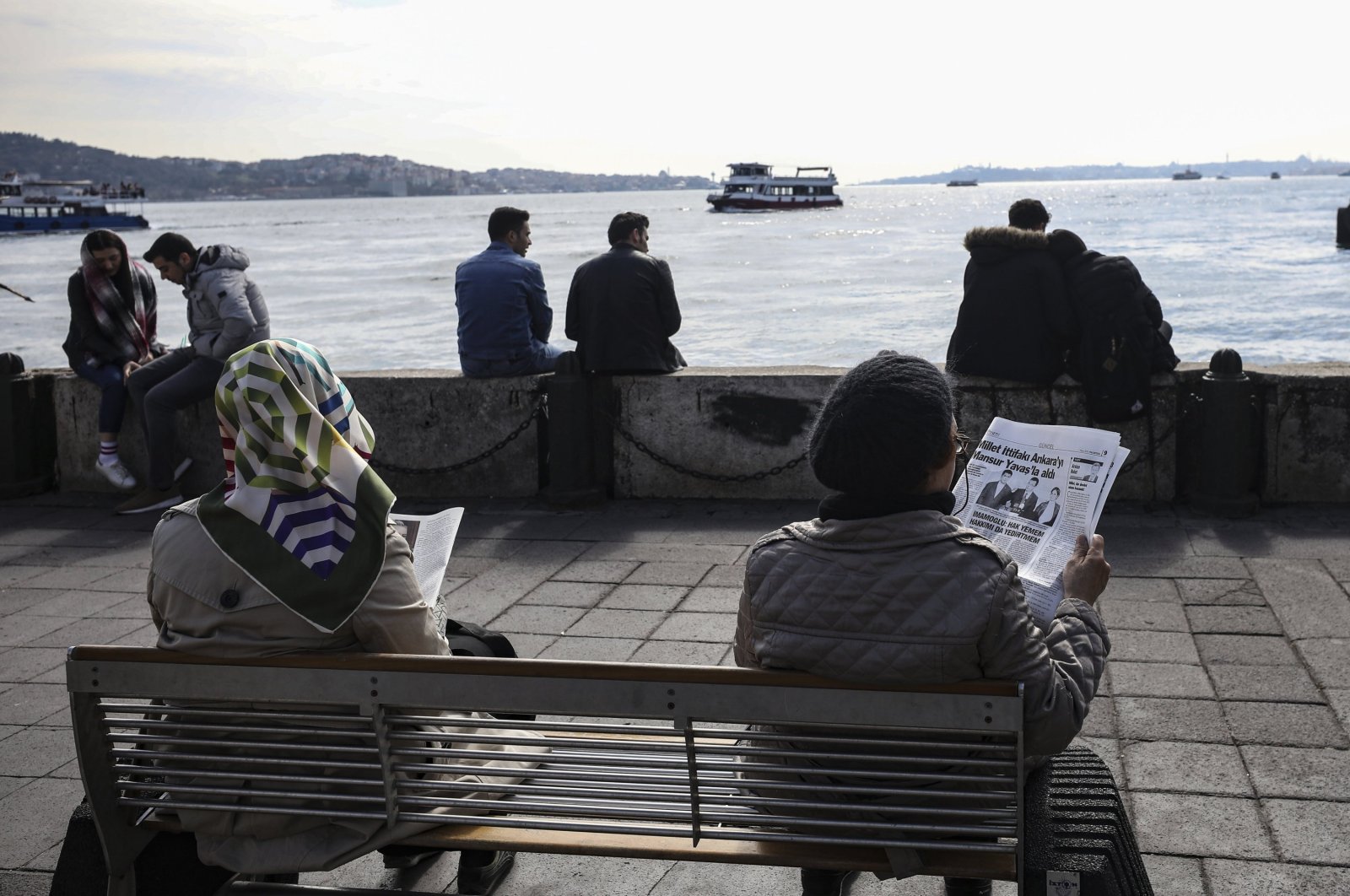 People sit reading newspapers that contain information regarding local elections a day after the vote, next to the Bosporus in Istanbul, Turkey, April 1, 2019. (AP Photo)
by Daily Sabah Apr 11, 2021 12:25 pm
RECOMMENDED

According to a survey from the MetroPOLL research company, voters are most unlikely to support the pro-PKK Peoples' Democratic Party (HDP) and are the least opposed to supporting the Good Party (IP).

According to the survey results shared by Özer Sencar, the founder of MetroPOLL research company, on Twitter, 28.7% of voters say "I will never vote" for the HDP.

This rate is 27.7% for the ruling Justice and Development Party (AK Party), 15.7% for the main opposition Republican People's Party (CHP) and 3.7% for the Nationalist Movement Party (MHP). The IP is the "least distasteful" party for voters with 0.8%.

According to the Diken news website, Sencar answered the question of whether these results would be interpreted as if the undecided voters would not vote for the AK Party or the HDP:

"No, one-third of the undecided voters are of AK Party origin (about 6%). Half of them continue to be devoted to President (Recep Tayyip) Erdoğan. Especially 1.5% are strictly committed to Erdoğan. The most important result of this data is that there is very little opposition to the IP in society. (IP head Meral) Akşener's march to center stage continues. And if she can exceed the 13%-15% resistance line, this feature can turn into a great advantage."

According to a January survey by MAK Consultancy, the percentage of undecided voters passed 10% and the vote percentage for the IP is increasing, while the popularity of the MHP and the HDP is declining.

Despite speculation from opposition parties, Turkey is expected to hold its upcoming presidential and parliamentary elections in June 2023. So far, the AK Party has consistently denied rumors of early elections.

It has been three years since Turkey switched from a parliamentary system to the current presidential system after the majority of Turkish voters opted to create the new system.

Turkish voters narrowly endorsed an executive presidency in the April 16, 2017 referendum with 51.4% of the votes. The official transition to the new system took place when Erdoğan took oath as president after the June 24, 2018 general elections, where he won 52.6% of the votes.