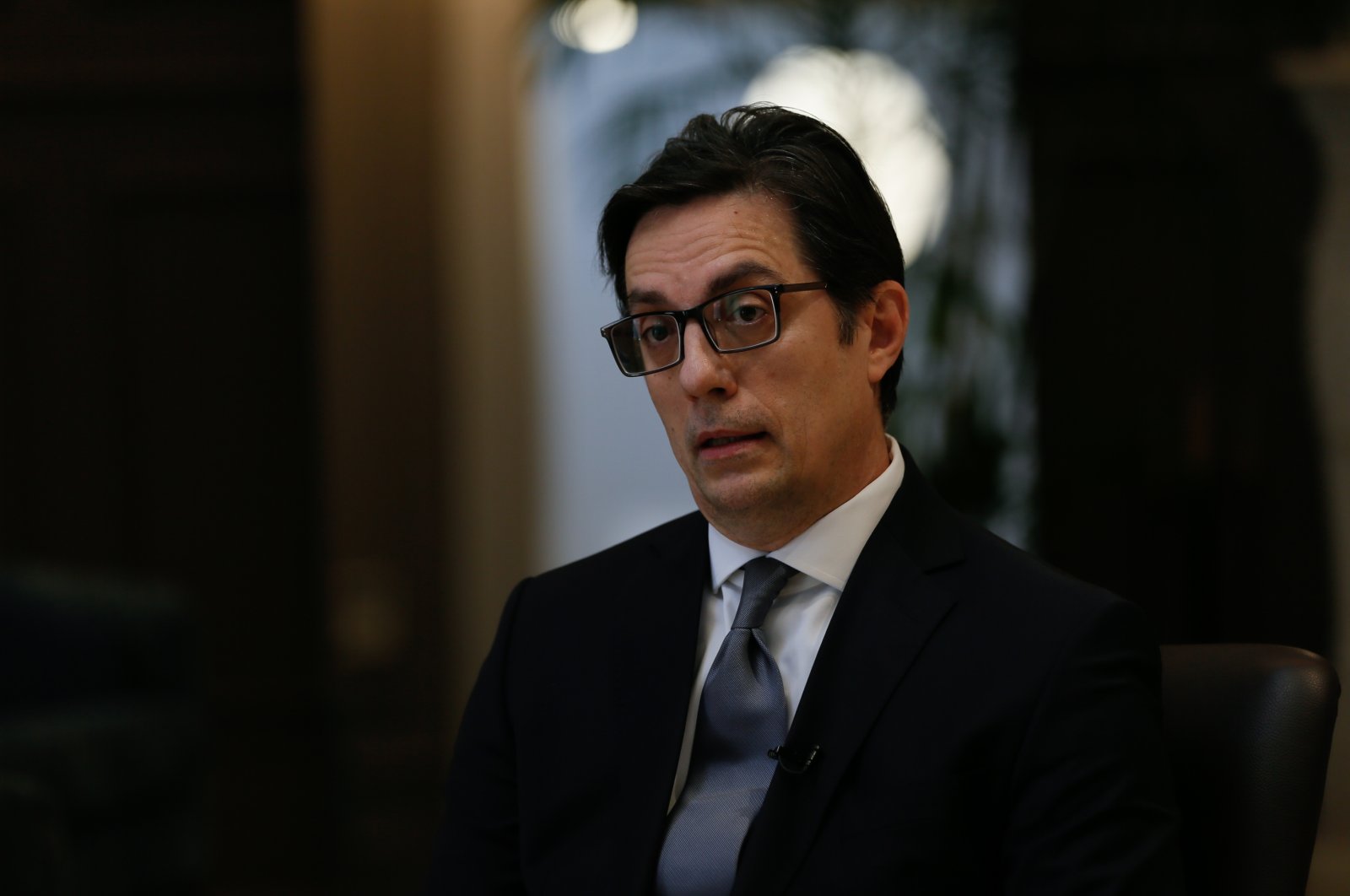 The president of North Macedonia said that his country and Turkey are part of the "United Europe" project.

Speaking to Anadolu Agency (AA) on the sidelines of the three-day Antalya Diplomacy Forum that closed on Sunday, Stevo Pendarovski said, "Unfortunately, our common European stories are not so successful and good to hear."

"I would not blame anybody else, but ourselves," he said. "However if you ask me, the naked truth is that some of the blame is shared by our European partners and Brussels."

Pendarovski noted that Turkey started full European Union membership negotiations in 2005, but there has been no significant positive development so far. Similarly, he added, North Macedonia has been waiting for 16 and a half years.

"We are not waiting to enter the EU, but to start the negotiations," he said.

Underlining their longstanding dispute with neighbor Greece and another blockade by their eastern neighbor Bulgaria, he said that they can only hope that they start this process soon and in due time become a full member of the EU.

"Because not only geographically, but civilizational, in economic terms, in cultural terms, in any other domain, we are, I mean North Macedonia and Turkey, certainly part of that project named ‘United Europe.'"

Pendarovski said Turkey has been the strongest supporter of North Macedonia's membership in NATO since the country became a candidate in 1999.

"After we made some hard decisions and heavy compromises with our neighbors, we are there. We are formally now, the Allies.

"Before that, we had good cooperation, as I said, but now after being formal allies even more opportunities are on the horizon for bilateral cooperation in the security and defense area."

He went on to say a large number of soldiers from North Macedonia are being educated in Turkish military academia.

"But now we have even more chances to procure military weapons and equipment of different types, which is important for our plans ... to reach as soon as possible that 2% of the threshold from the GDP (gross domestic product) allocated for the defense," he added.

Pendarovski said the economic cooperation between North Macedonia and Turkey has stepped up in the past 10 to 12 years.

"And the trade volume between our countries are there between fifth and seventh place on that top 10 list, which means that Turkey is one of the most important investors in the country," he added.

Pendarovski said he has had longstanding cooperations with "traditional NGOs (nongovernmental organizations), public intellectuals, important personalities in the Turkish community in the political field and outside of that" even before becoming the president.