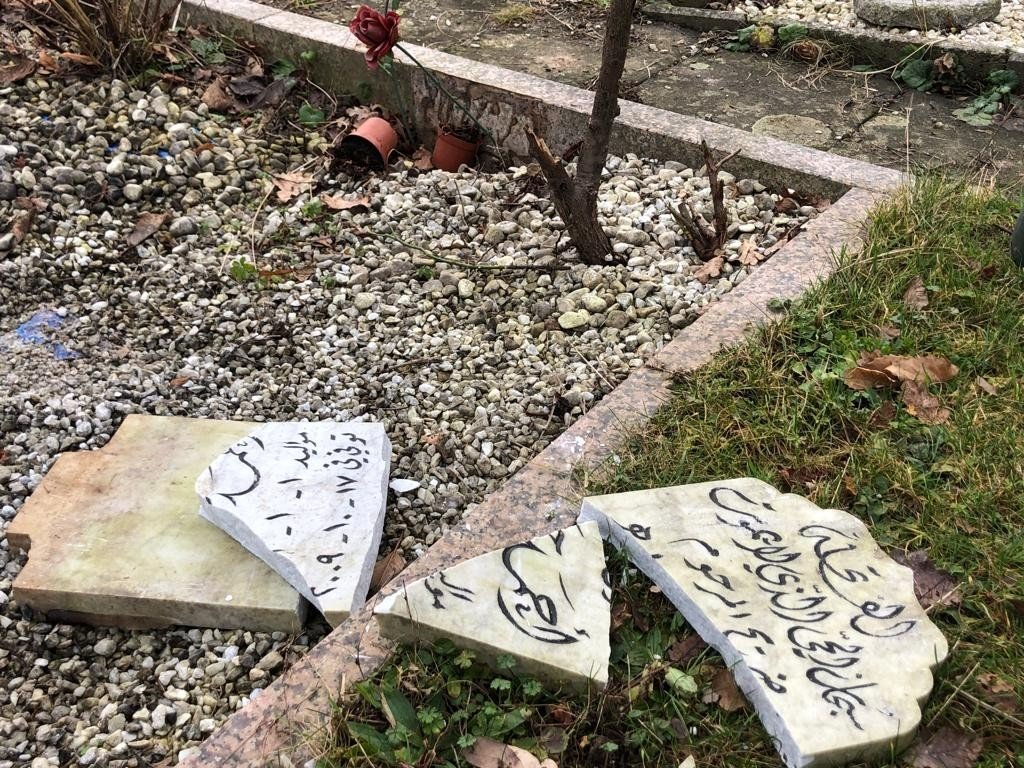 With anti-Islam sentiment reaching dangerous levels in Europe, another incident occurred as the world entered 2022 when vandals damaged about 30 gravestones of a Muslim cemetery in Germany

An attack on gravestones in a Muslim cemetery in the northwestern German city of Iserlohn on New Year’s Eve is the latest indicator of rising anti-Islam sentiment in Europe, the Turkish Foreign Ministry said late Saturday.

About 30 headstones at a Muslim cemetery in Iserlohn have been damaged, police said Saturday.

The incident is thought to have occurred late Friday or early Saturday, according to a statement by prosecutors and the Hagen police department. Authorities issued an appeal for information from anyone who witnessed the vandalism or has information that could help the investigation.

The attack comes amid a worrying rise in Islamophobic crimes in Germany in recent years.

Expressing its "sadness" over the incident, the Turkish Foreign Ministry said the attack on New Year's Eve was "a new indicator of a sick Islamophobic mentality that has been on the rise especially in Europe and even targets Muslim cemeteries."

The ministry urged officials to find the "perpetrators of this disastrous attack" who must be "brought to justice and given the punishment they deserve."

It also asked authorities to take the necessary measures to prevent such incidents from happening.

According to a recently published report, titled "European Islamophobia Report 2020," a total of 901 Islamophobic crimes were registered by the Federal Criminal Police Office in Germany in 2020.

Eighteen anti-Islam demonstrations were held and 16 were organized by the racist PEGIDA movement in Germany during the same year.

Furthermore, 2020 saw a rise in online Islamophobia as coronavirus lockdowns were imposed and life shut down across Europe, according to the report.

Islamophobia in Europe has "worsened, if not reached a tipping point," said the report, underlining the fact that even centrist and mainstream political movements on the continent legitimize targeting Muslims with the excuse of fighting extremism.