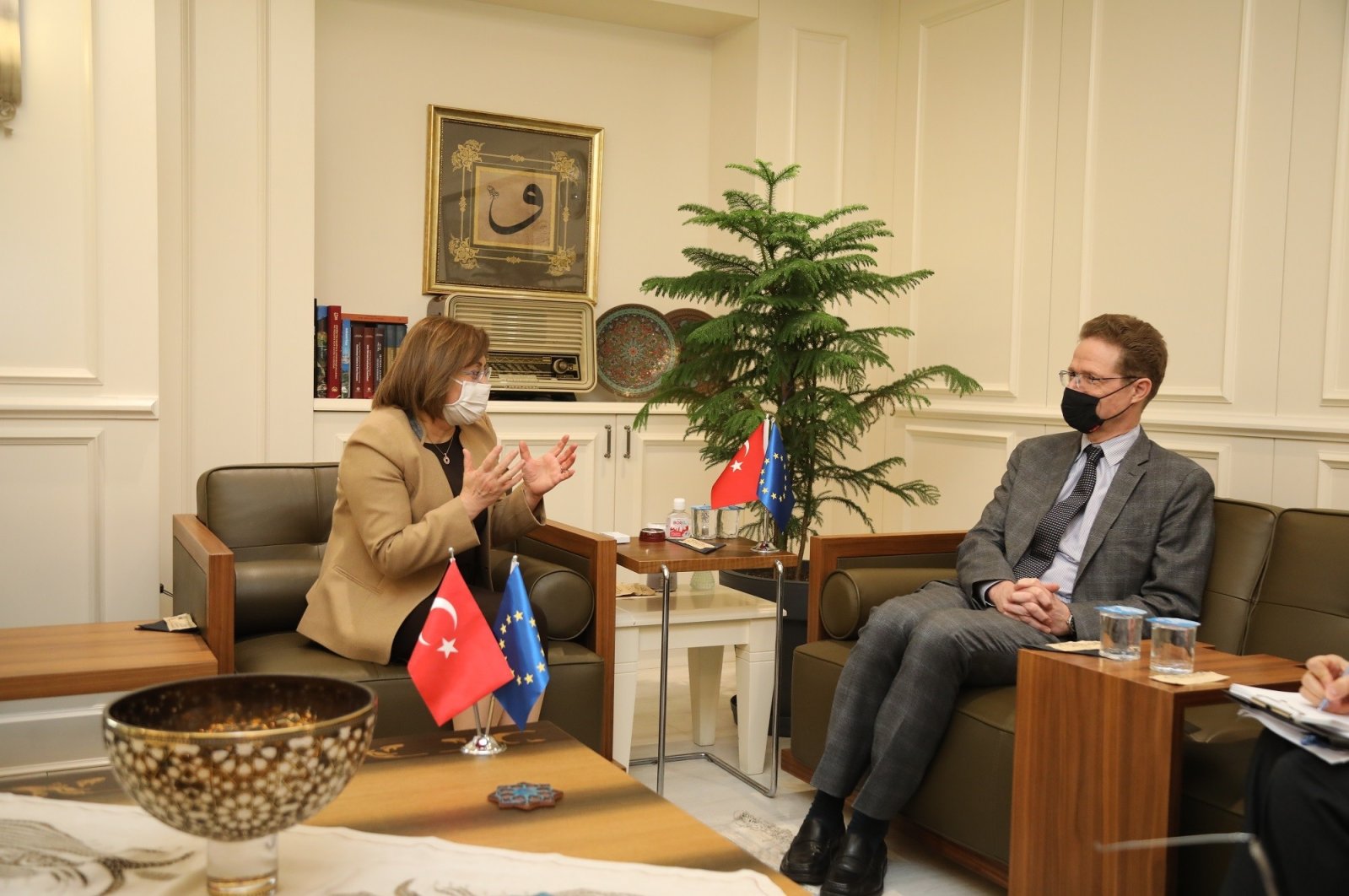 Nikolaus Meyer-Landrut, head of the EU Delegation to Turkey, said Thursday they appreciate Turkey’s refugee policy, adding that the bloc has completed the transfer of 6 billion euros (about $7.3 billion) to be used in projects for migrants according to the deal between Ankara and Brussels in 2016.

Landrut, who replaced the previous EU delegation head Christian Berger last August, arrived in Gaziantep to hold several meetings, including with the governor and mayor of the province.

“Head of the EU Delegation to Turkey Ambassador Nikolaus MEYER-LANDRUT met with the Mayor of Metropolitan Municipality of Gaziantep Ms. Fatma Şahin. We are thankful for her warm welcome and frank exchange of views,” the EU delegation said on Twitter after Landrut’s meeting with Şahin.

Landrut said the EU expects the projects to be implemented, especially by local authorities, after the transfer of the promised amount in the migrant deal. He added that cooperation with Gaziantep should be strengthened with new projects due to the province’s position as an important hub for refugees.

Şahin said the municipality created a “Gaziantep model” in relations with refugees, carrying out special projects for children's rights, women's rights and human rights. The veteran mayor would like to continue working with the EU delegation in joint projects for refugees.

Despite EU’s claims, Turkish officials say the bloc has not kept its promises. President Recep Tayyip Erdoğan said early January that the 2016 migrant deal signed with the EU needs to be updated and promises from the union on assisting Turkey's efforts for refugees, such as building briquette houses on the border, were not met.

Under the deal, Turkey was promised 6 billion euros in financial aid, which was initially designed to be given to the country in two stages and to be used by the Turkish government to finance projects for Syrian migrants. Visa freedom for Turkish citizens was also a perk of the agreement and the customs union was to be updated.