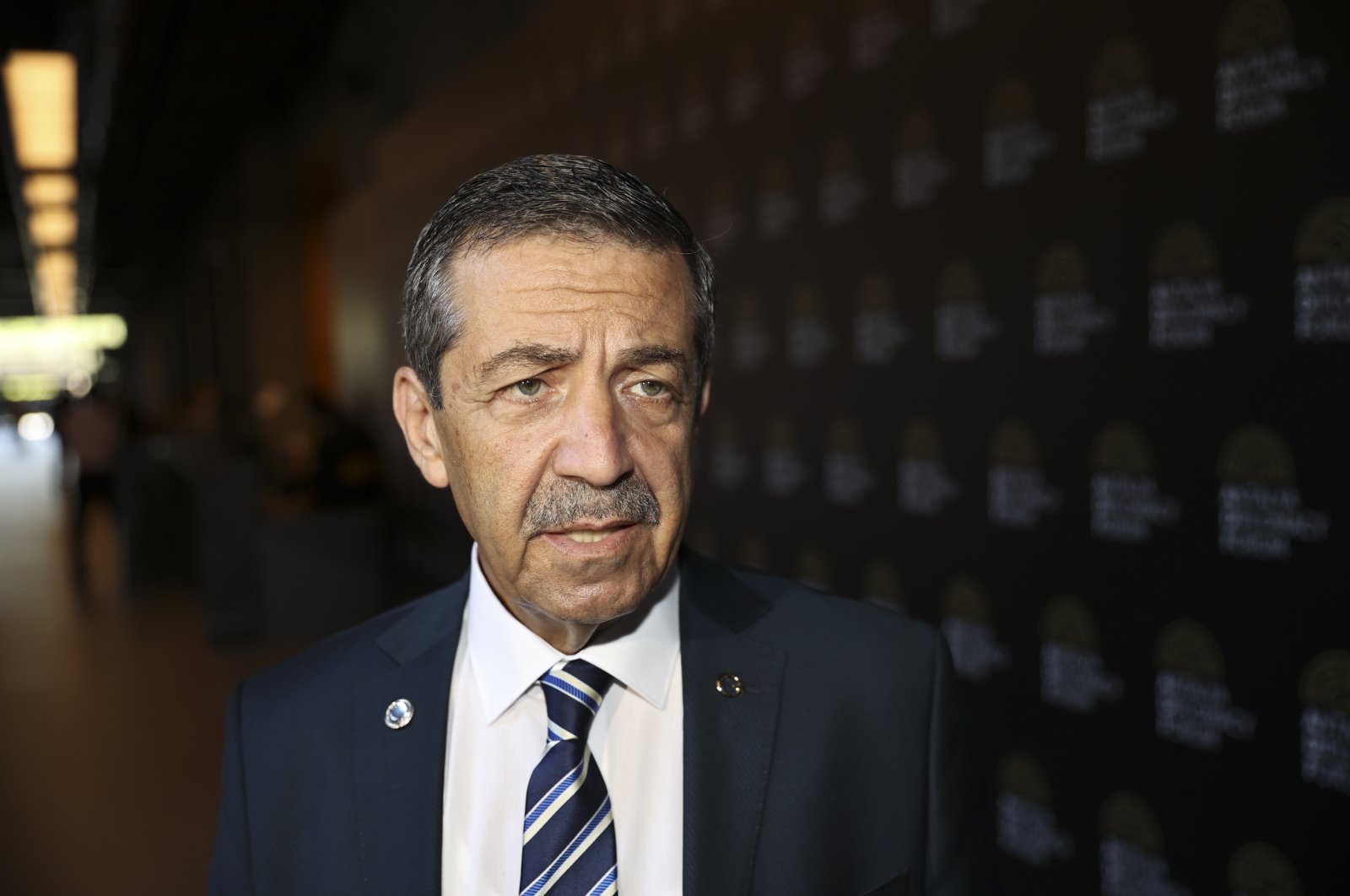 The European Union continues to ignore the will of Turkish Cypriots, Turkish Republic of Northern Cyprus (TRNC) Foreign Minister Tahsin Ertuğruloğlu stated on Saturday following the announcement of the report of last week’s EU leaders' summit in Brussels.

"The European Council recalls its previous conclusions and remains fully committed to the comprehensive settlement of the Cyprus problem on the basis of a bicommunal, bizonal federation with political equality, in accordance with the relevant UNSC resolutions," the conclusions said.

Ertuğruloğlu harshly criticized the EU for seeking to block a two-state solution for the island.

"With these statements, EU officials ignore the will of the Turkish Cypriot people," he said.

Ursula von der Leyen, president of the European Commission, said after the two-day EU leaders' summit that the bloc opposed a two-state solution on the island.

Calling von der Leyen’s statement another example of the bloc’s unconditional support for the Greek Cypriot administration, Ertuğruloğlu added: "This attitude of the EU, which has not fulfilled a single promise it made to the Turkish Cypriot people, is no surprise. This attitude also indicates that the EU is satisfied with the continuation of the current situation on the island."

"Any agreement on the island will be between the Turkish and Greek Cypriot sides. The EU will certainly understand this phenomenon," he stated further.

He also explained how in 2004, the EU accepted the Greek side as a member representing the whole of the island by ignoring its own membership criteria.

The EU’s aggressive and ugly attitude to hide their shame will never work, said Ertuğruloğlu, stressing that Turkish Cypriots and Turkey will never stop supporting a solution based on two sovereign, equal states.

“Equal international status is not-negotiable. Them ‘a state’ and us, ‘a community’ is not at all acceptable, no matter whatever the cost,” the foreign minister tweeted on Sunday.

He stressed that Turkish Cypriots agreed on all road maps for a solution, including the 2004 Annan plan, however, these were rejected by the Greek Cypriot administration.

In 2004, a plan proposed by then-U.N. chief Kofi Annan to resolve the issue was accepted by the Turkish Cypriots but rejected by the Greek Cypriots in twin referendums.

He said the talks proved fruitless because the Greek Cypriots left the table without accepting even "political equality."

The Turkish Cypriot leader noted that they had also spoken briefly with Greek Prime Minister Kyriakos Mitsotakis, during which he reiterated the TRNC's support for a two-state solution on the island.

However, Mitsotakis told him that such solution would not be welcomed by the EU, he added.

Another point of disagreement between the Greek Cypriots, Greece and Turkey, the TRNC is maritime borders and drilling rights in the Eastern Mediterranean.

Most recently, the Turkish Foreign Ministry last week in response to a recent Mediterranean conference held in Athens stated that cooperation among countries in the Eastern Mediterranean cannot be achieved without the participation of Turkey and the TRNC.

Releasing a statement in response to the joint statement of the Mediterranean EU countries (MED-7) following the meeting of their ministers in Athens, Ankara said that the statement and decisions taken at the meeting do not bear any value or meaning for Turkey.

"It is not possible for this formation, which advocates the maximalist demands and policies of the Greece-Greek Cyprus duo on the Cyprus issue and the Eastern Mediterranean, to contribute to peace and stability and the development of cooperation in the region," it said.