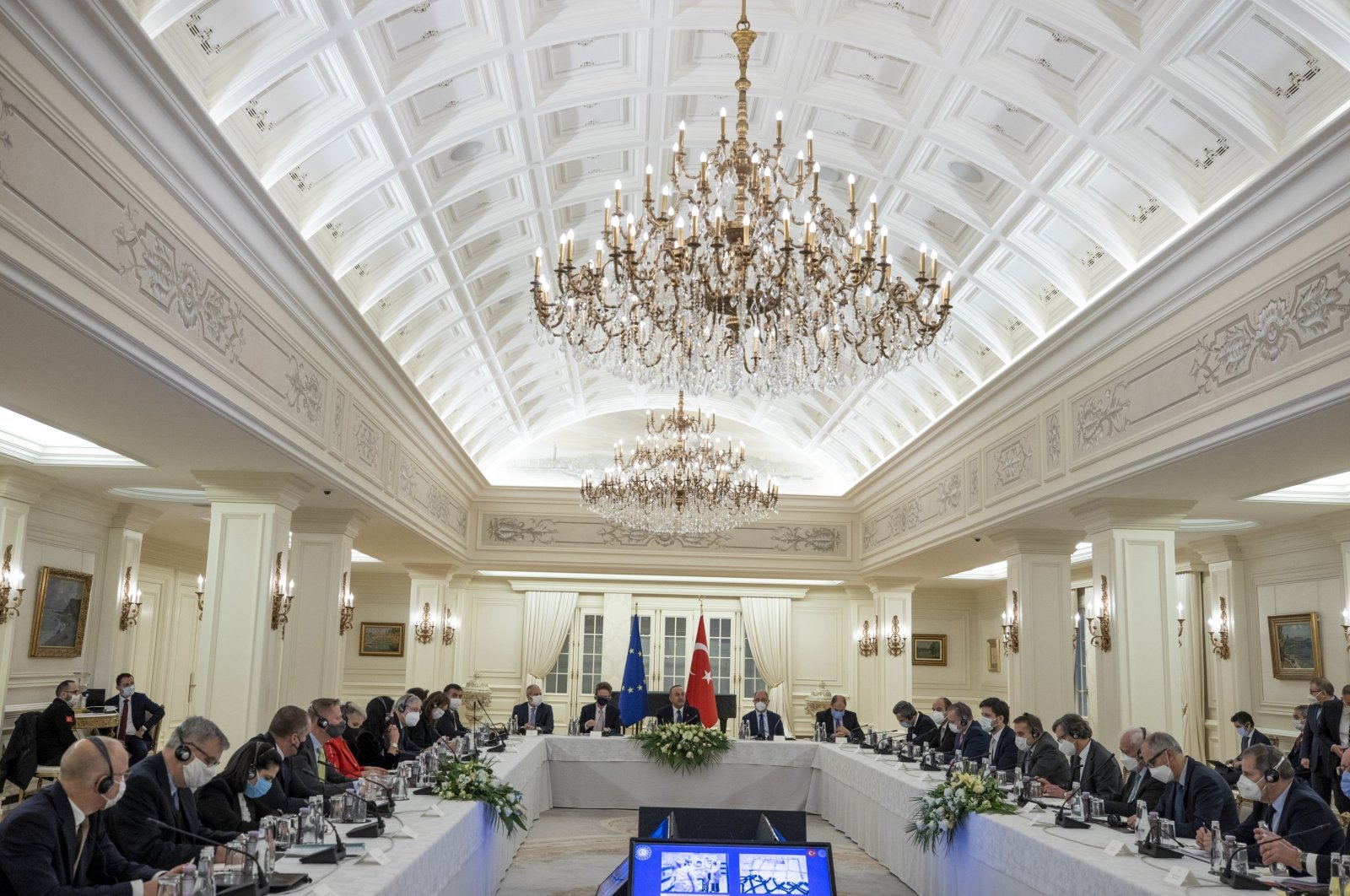 "There have been multiple breaking points on both sides. Sometimes, Turkey wants to follow its own path. Considering that it is a regional power, such a choice is perfectly natural. EU, however, often does not understand Turkey or does not want to understand it," Küçük expressed.

Speaking at a videoconference meeting with the Rumelian business people, Küçük, who is also the deputy head of the Turkey-EU friendship commission within the EP, underlined that the EU is a global power.

"Still, there are also other global actors than Europe, such as the U.S. and China. Europe needs to reform itself. We all underline this constantly," he said.

Pointing at the fact that the EU constantly fails in having a united voice and stance when it comes to foreign affairs, Küçük said that the different interests of the various EU countries impact European politics.

"Especially when it comes to the human rights, as well as some foreign affairs issues, EU has certain interests. Some EU countries have conflicting opinions on these topics. These have an influence in European politics," the parliamentarian expressed.

Küçük highlighted the constant presence of nationalist voices in the EU, which does not follow the typical European line of politics.

"Although the nationalist movements cause some trouble from time ti time, it is clear that the EU is a democratic project. Democracy, human rights and law are the top priorities," he continued.

As far as the Turkey-EU ties are concerned, Küçük said that the disputed subjects, such as the Cyprus issue, are often on the agenda and are discussed at length.

"My colleagues often say that they need to support the Greek Cypriots since they are a 'family.' If we are a family, we have to discuss who is right and who is wrong. Then, we will take care of our family. Maybe, there is something wrong with our family. We can fix those, but, only by telling the truth," he emphasized and added: "If we would explain our problems to each other clearly, then we can come up with joint interests."

According to Küçük, Turkey-EU ties have the potential to flourish through visa liberation and certain joint projects.

"In the end, Turkish people are European people at the same time. There can even be some joint interests," he said.

During a meeting in Brussels on Dec. 10, 2020, EU leaders decided to draw up a list of Turkish targets to sanction. While France, Greece and the Greek Cypriot administration have pushed hardest for a tough line on Turkey, other EU states led by economic powerhouse Germany have so far been keen on a more diplomatic approach. As a result, the bloc decided to hold off the sanctions, easing the tense ties.

Turkey is ready to set a "positive agenda" with the European Union, including a long-term perspective, President Recep Tayyip Erdoğan said last month, underlining that relations must be put back on track. The president reiterated that Turkey prioritizes the EU in its agenda and sees its future in Europe. Turkey hopes to start afresh with the bloc in the new year, Erdoğan said in a statement, adding that interactions with the EU in 2020 were unproductive due to the artificial problems created by certain EU members.

Other than the bilateral ties between Brussels and Ankara, four topics are expected to dominate the agenda, including updating the migrant deal with the EU, visa liberalization for Turkish citizens, updating the customs union with the EU and Turkey's proposal for an Eastern Mediterranean conference.