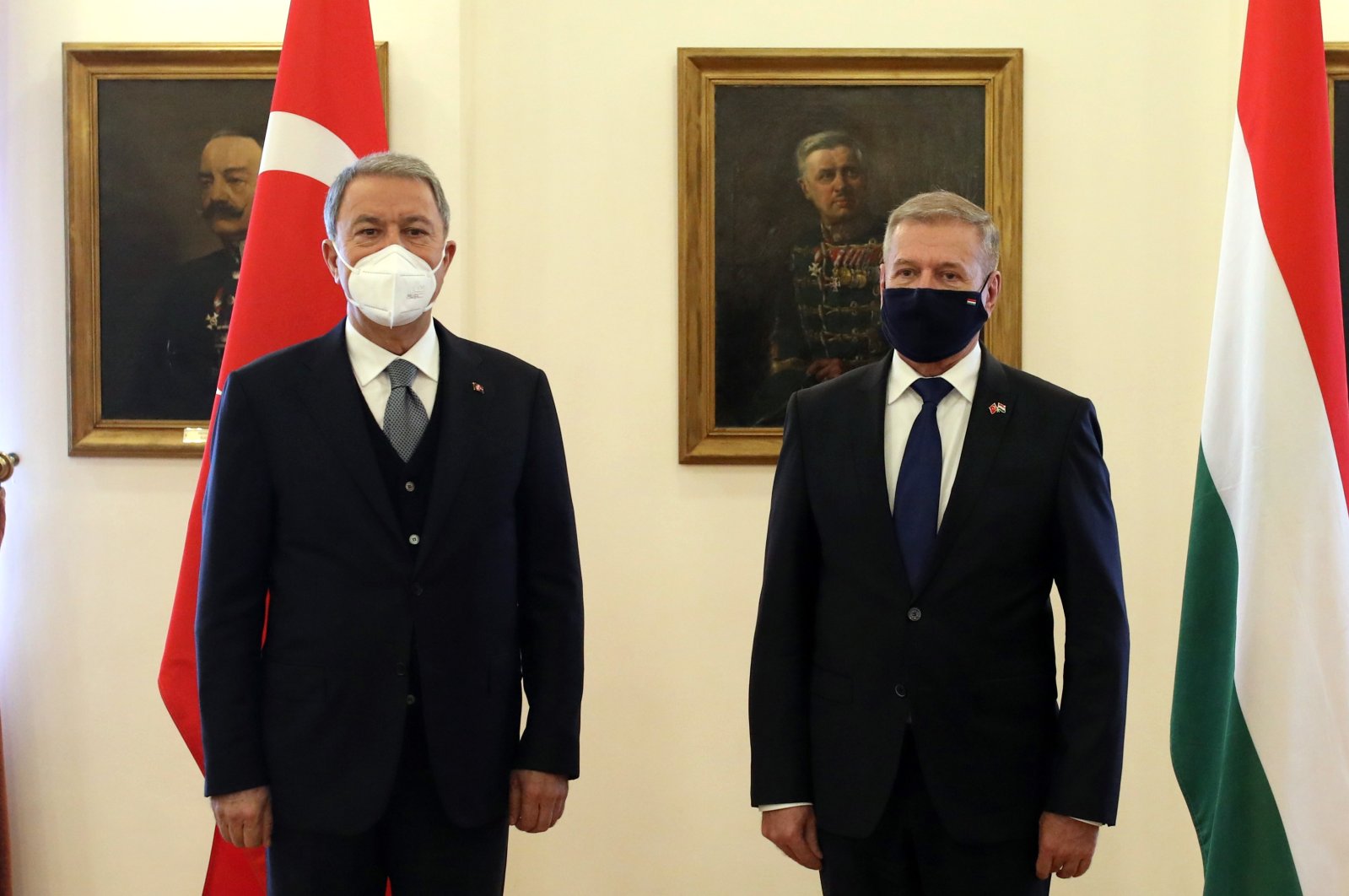 Defense Minister Hulusi Akar said Wednesday that membership in the European Union is a strategic target for Turkey and all actors should acknowledge that.

"It is possible to say that (our relations) will develop further in the following period within the context of decisions made. We think that the cooperation between the two countries on the issues of defense and security will not only contribute to the two countries but also to the region as a whole, particularly Europe and NATO," he said.

Benko, for his part, said that Turkey has made great contributions to Europe and Hungary by hosting nearly 4 million migrants and thanked Akar, President Recep Tayyip Erdoğan and his government for that.

“The will on defense and security cooperation between the two countries is clear and explicit. With this political will, it will be possible for technical and operational issues to advance swiftly through dialogue between soldiers. Therefore, we put high emphasis on military dialogue meetings,” Akar pointed out, saying that last year the meetings had to be held online due to the coronavirus pandemic.

The year 2020 proved particularly difficult for relations between Turkey, which remains an official candidate for EU membership, and the European Union, as tensions increased over maritime zones and drilling rights in the Eastern Mediterranean.

Both sides say there is the political will to improve relations, yet bilateral issues including the Cyprus issue, migration, accession negotiations and the fight against terrorism remain top agenda items to be addressed.

In recent months, Ankara has frequently reiterated that Turkey prioritizes the EU in its agenda and sees its future in Europe. Turkey hopes to start afresh with the bloc in 2021, Erdoğan had said in a statement, adding that interactions with the EU in 2020 were unproductive due to the artificial problems created by certain EU members.

Regarding one of the most vital issues between Ankara and Brussels, EU Ambassador and head of the bloc's delegation to Turkey Nikolaus Meyer-Landrut told Daily Sabah on Jan. 26 that the EU it will continue providing financial assistance to Syrian refugees but that “there is not yet a detailed approach how to do this.”

Turkey signed a deal with Brussels in 2016 to reduce the influx of migrants taking the dangerous Aegean Sea route to Europe. Under the deal, Turkey was promised 6 billion euros ($6.77 billion) in financial aid, which was initially designed to be given to the country in two stages and to be used by the Turkish government to finance projects for Syrian migrants. Visa freedom for Turkish citizens was also a perk of the agreement, and the customs union was to be updated.

In exchange, Turkey agreed to discourage migrants from entering Europe via the Aegean Sea by cracking down on human traffickers and improving the living conditions of Syrian migrants living in Turkey. Despite Turkey significantly curbing migration traffic to Europe, the EU has not fulfilled its side of the deal.