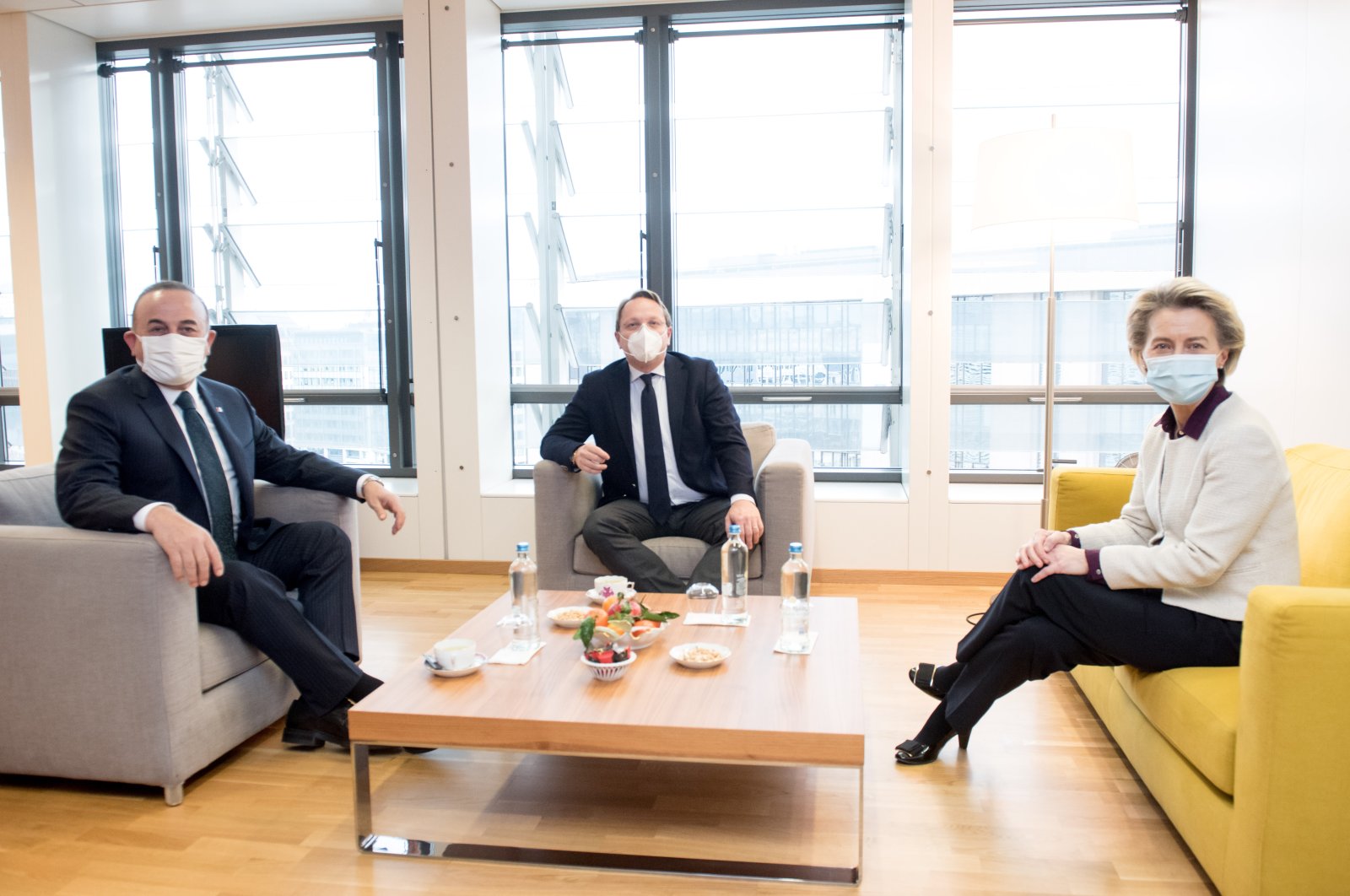 In a message he posted on Twitter, Çavuşoğlu highlighted the importance of updating the customs union and visa liberalization for Turkish citizens.

“We need to shore up cooperation in irregular migration and terrorism. We need to wage an all-out war against rising racism, discrimination and Islamophobia in Europe,” the foreign minister added.

Shinas also made a statement after meeting with Çavuşoğlu, saying that it was “time for positive steps.”

Welcomed Minister @MevlutCavusoglu in @EU_Commission today. Constructive discussions about the opportunities and challenges ahead. Migration, security, people to people contacts and @EUErasmusPlus cooperation at the heart of a renewed EU-Turkey agenda. Time for positive steps. pic.twitter.com/vaamzbHG4H

Von Der Leyen said she discussed the next steps in EU-Turkey relations with Çavuşoğlu.

“Dialogue is essential, but we also expect credible gestures on the ground,” she said.

Brief exchange with Turkish Foreign Minister @MevlutCavusoglu on next steps in EU-Turkey relations.

Dialogue is essential, but we also expect credible gestures on the ground.

We will work with all our Member States to fulfill the mandate of the #EUCO. pic.twitter.com/tccuVzwD6z

Oliver Varhelyi, the Commissioner for Neighborhood and Enlargement, said on Twitter that he hopes Turkey and the EU are turning the page in their relationship and will cooperate on issues of strategic interest in a constructive and mutually beneficial way.

Good discussion on #EU #Turkey relations with Foreign Minister @MevlutCavusoglu today. I hope we are turning the page in our relationship and will cooperate together on issues of strategic interest in a constructive and mutually beneficial way. pic.twitter.com/TY70AFG4bi

He noted that 2023 will mark the 185th year of diplomatic relations between Turkey and Belgium, adding that Ankara will be pleased to receive the support of Brussels in its relations with the EU.

In order to solve the dispute in favor of all countries, Turkey last year proposed to hold a conference with the participation of each Mediterranean nation, including the TRNC, yet no concrete answer has been given by the EU to the proposal.