EU to maintain dialogue with Turkey on critical issues 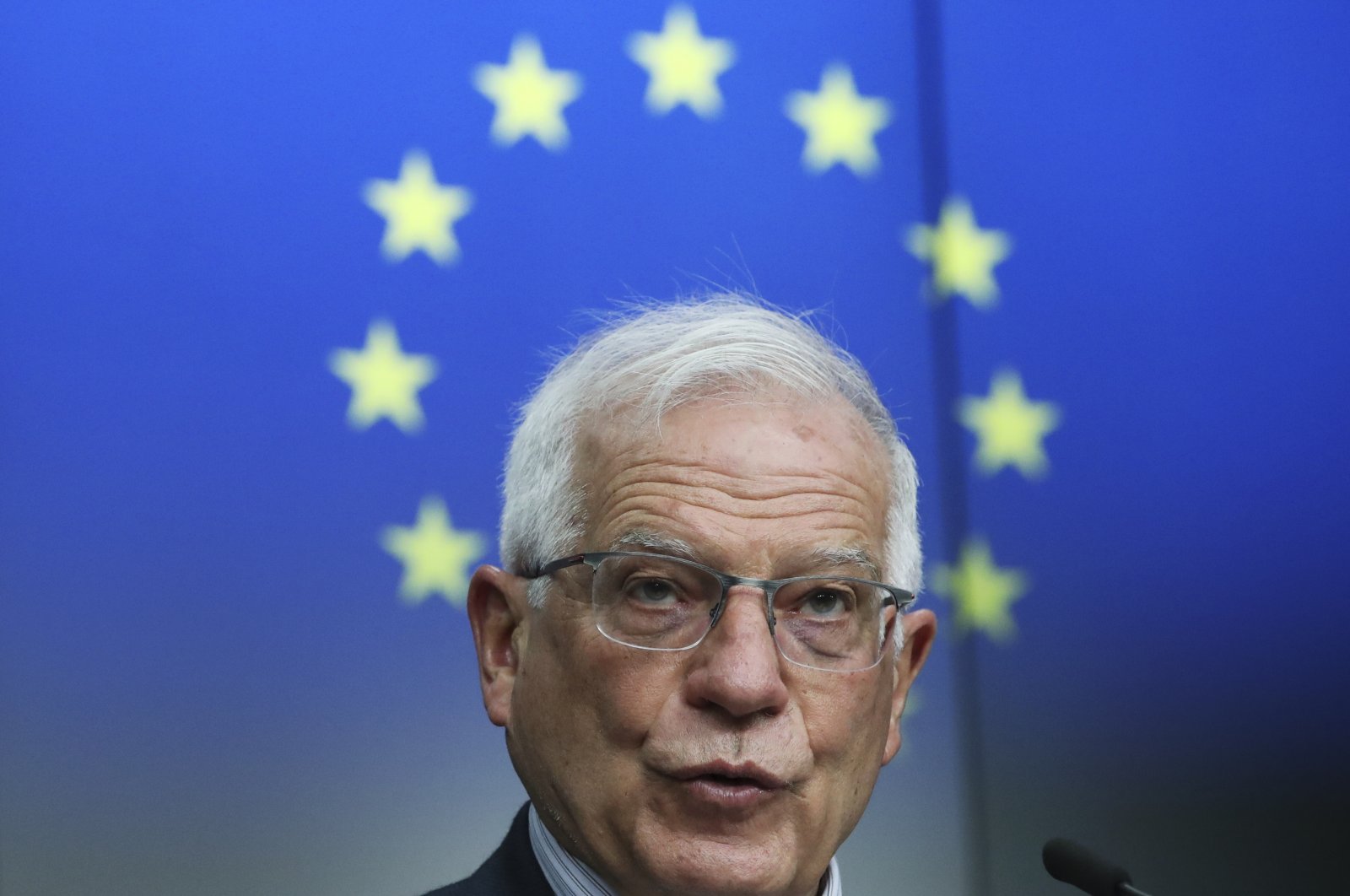 The European Union will keep channels of dialogue open and engage in talks with Turkey on outstanding issues in the region, according to the bloc's foreign policy chief.

"On the Eastern Mediterranean, we will pursue dialogue with Turkey on outstanding issues," Josep Borrell said in his book, "European Foreign Policy in Times of COVID-19."

Recalling that EU leaders tasked him to organize a multilateral conference on the Eastern Mediterranean, he wrote: "We clearly prefer the path of constructive relations but the political line is clear: in case of renewed actions by Turkey that breach international law, the EU will use options at its disposal."

Borrell said Turkey will continue to be an important partner on a number of issues. "This should enable us to emerge from a dynamic of dangerous confrontation with this great neighbor."

He stressed that Turkey wants to be seen as a country with a right to a share of the energy resources in the Eastern Mediterranean and a nation capable of supplying a political solution to the conflict in Libya.

Borrell said Turkey and the Eastern Mediterranean were the focus of the bloc's foreign policy last year.

"And today still, it is clear that the European Union will not be able to achieve stability on the continent unless it finds the right balance in its relations with Turkey," he said.

He noted that when he took up the position, he knew that restoring relations with Turkey was going to be one of the difficult issues, and added that Ankara's policies on Libya and Syria also do not suit the EU.

Borrell also said the 2016 migration deal between Turkey and the EU did not the bear expected fruit for both sides.

In March 2016, Ankara and Brussels signed an agreement to reduce the number of migrants taking the dangerous Aegean Sea route to Europe and to find a solution for the influx of refugees heading to EU countries. According to the deal, Turkey was promised a total of 6 billion euros ($6.77 billion) in financial aid, which was initially designed to be given to the country in two stages and to be used by the Turkish government to finance projects for Syrian refugees. Visa freedom for Turkish citizens was also a perk of the agreement. In addition, the Customs Union between Turkey and the EU was to be updated. In exchange for these promises, Turkey took responsibility for discouraging migration through the Aegean Sea by taking stricter measures against human traffickers and improving the conditions of Syrian refugees living in Turkey. Despite significant developments controlling migration traffic, the EU has not fully delivered on its commitments stated in the deal.

Turkey currently hosts some 3.6 million Syrian refugees, more than any other country in the world, and has spent $40 billion through the process, according to official figures. Recently, President Recep Tayyip Erdoğan criticized the EU for failing to fulfill its pledge to provide funding for migrants and refugees in Turkey as part of the 2016 migration pact while allocating billions of euros to Greece. Ankara has also frequently voiced concerns that years have passed since the deal was made and that conditions have changed, requiring a new strategy to tackle the issue of irregular migration. Borrell confirmed last week that the EU will request the renewal of the migration pact with Turkey.

The Cyprus issue and Turkey-Greece relations were at the center of Turkey-EU relations, Borrell wrote, adding that the issues could be delayed no longer.

"Turkey has become a regional power to be reckoned with and has scored undeniable successes," he said in reference to the country's foreign policy. "Unfortunately, in quite a few cases, Turkey's international agenda is not well aligned with the EU's and its methods are not those of the EU."

Stating that Turkey's candidacy to EU membership entitles the bloc to ask questions, Borrell said: "Relations cannot be a one-way street. The EU also has to show Turkey that it would be welcomed as a family member if it meets its side of the bargain. This is where the positive agenda agreed in the joint statement of 2016 plays a vital role."

He said the parties must find a way to change the tit-for-tat dynamics and return to a relationship based on cooperation and trust.

Highlighting that the EU could adopt strong measures if relations with Turkey deteriorate, Borrell wrote: "A strong cooperative relationship with Turkey would constitute a major contribution to European stability. Likewise, it will be difficult for Turkey to find a better partner than the EU."

Regarding Turkey-EU relations, Erdoğan said following a virtual meeting with EU chiefs on Friday that Ankara expects concrete results that will pave the way for further enhancement of ties following the EU summit on March 25-26.

He added that he had told the bloc’s leaders that a report on Turkish-EU relations to be submitted to the summit should reflect objective, constructive views on the future of Turkey-EU ties.

Pointing to the importance of restarting high-level dialogue to strengthen cooperation, Erdoğan said that updating the 2016 migrant deal between Turkey and the bloc could form the basis for a positive agenda. Erdoğan also underlined the rising burden and pressure on Turkey from asylum-seekers and irregular migration.

Again proposing a conference on the Eastern Mediterranean, he said the EU should not allow Athens and the Greek Cypriots to abuse the EU summit on the pretext of “union solidarity.”