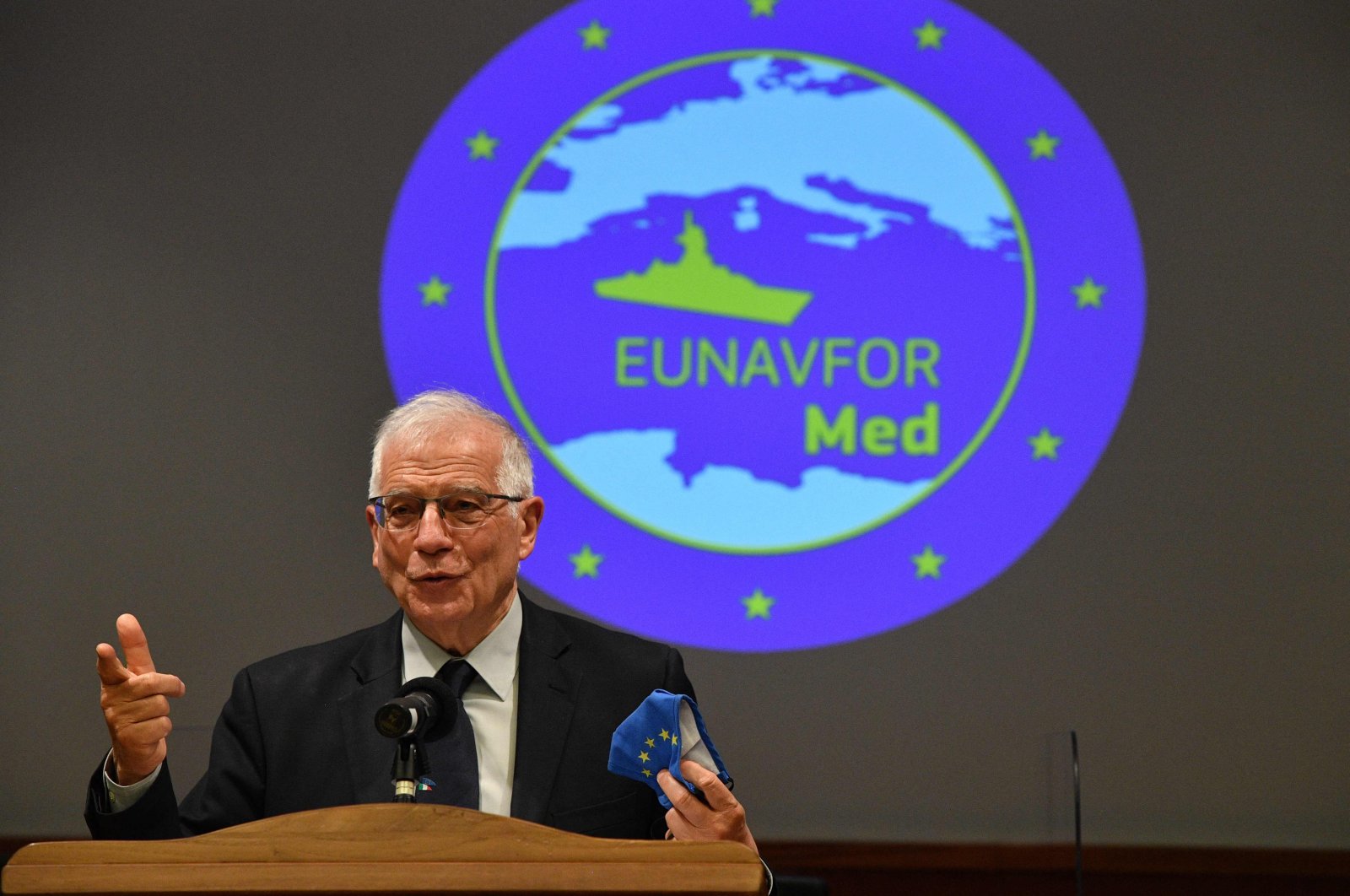 Josep Borrell, the vice-president of the European Commission and head of EU foreign affairs and security policy, holds a press conference during a visit to the headquarters of the EU's IRINI naval operation, Rome, Italy, March 18, 2021. (AFP Photo)
by DAILY SABAH Mar 19, 2021 11:56 am
RECOMMENDED

The refugee deal between the European Union and Turkey, also known as the March 18 statement, helped halt illegal immigration, while many lives were saved thanks to the agreement, EU foreign policy chief Josep Borrell said Thursday.

The EU should support Turkey for hosting more than 4 million refugees, Borrell highlighted, speaking after visiting the command center of Operation Irini, the EU initiative to implement a U.N. arms embargo on Libya.

"This agreement is still valid and its implementation should continue," he added.

Most of the EU funding under this agreement goes directly to immigrants, not the Turkish government, he noted.

"On Turkey, also we have a momentum, a good momentum, following their exploratory talks with Greece," Borrell said.

"I will present a report to the European Union leaders where I will outline current trends and suggest a way ahead to consolidate a constructive attitude while at the same time being ready to take measures if necessary," he stressed.

Borrell and Maio will discuss the report with other European Union colleagues during the EU foreign ministers' meeting, which will be held Monday.

Turkey hosts nearly 4 million refugees, more than any other country in the world. Ankara says it has so far spent more than $40 billion (TL 290.89 billion) from its own resources for the refugees and has stressed that the EU should do more to share the burden.

The organizations, including Amnesty International, Human Rights Watch (HRW) and Oxfam, said the bloc's containment policies at the external borders of the EU were often in breach of human rights.

Turkey has accused Greece of large-scale pushbacks and summary deportations without access to asylum procedures, which is a violation of international law. It also accuses the EU of turning a blind eye to what it says is a blatant abuse of human rights.