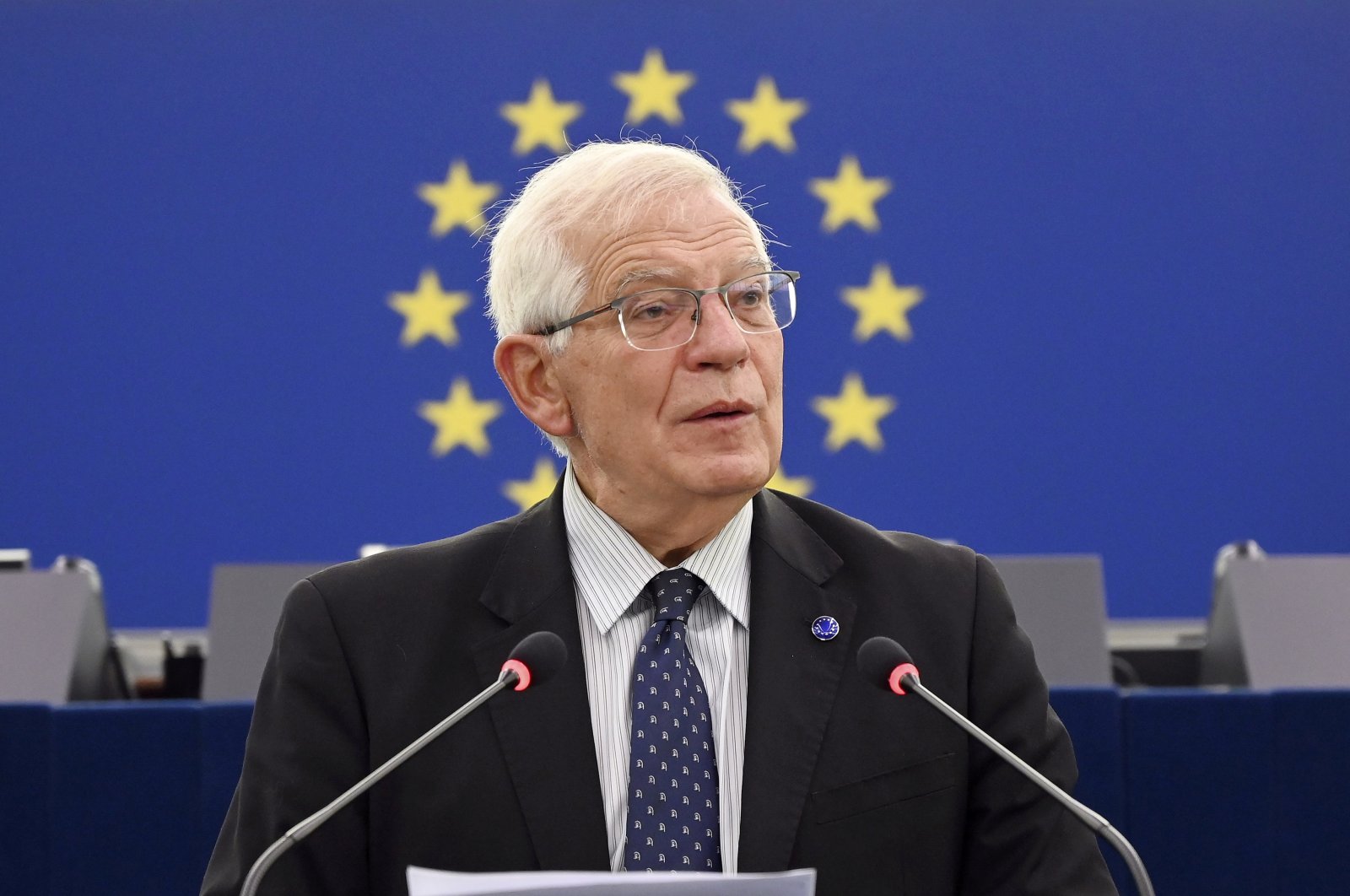 EU foreign policy chief Josep Borrell delivers a speech during a debate on the future of EU-U.S. relations as part of a plenary session at the European Parliament in Strasbourg, France, Oct. 5, 2021. (REUTERS Photo)
by Anadolu Agency
Oct 08, 2021 3:47 pm

The European Union's relations with Turkey have significantly improved over the last year, said the bloc's high representative for foreign affairs and security, Josep Borrell, on Friday.

"There were many times when the relationship was about to break," he said at the New Economy Forum in Madrid.

Borrell explained that since he took on the role as the EU foreign policy chief in December 2019, he has spent around 30% of his time trying to "smooth out" relations with Turkey.

"There was a lot of tension, but my role is to build bridges. Where there's a conflict, I want to solve it with dialogue and I think that we are in a much better place with Turkey now than one year ago," he said.

Borrell called his relationship with President Recep Tayyip Erdoğan "excellent," and said he has long believed that Turkey was an "essential" partner country for the EU, despite ongoing issues with Greece and the Greek Cypriot administration.

"Some people have criticized me for being pro-Turkish," he said. "But I am neither pro-Turkish nor anti-Turkish."

Borrell's comments came after the Greek ambassador to Spain asked whether his vision of Turkey had changed since he took on his role as the EU's top diplomat.