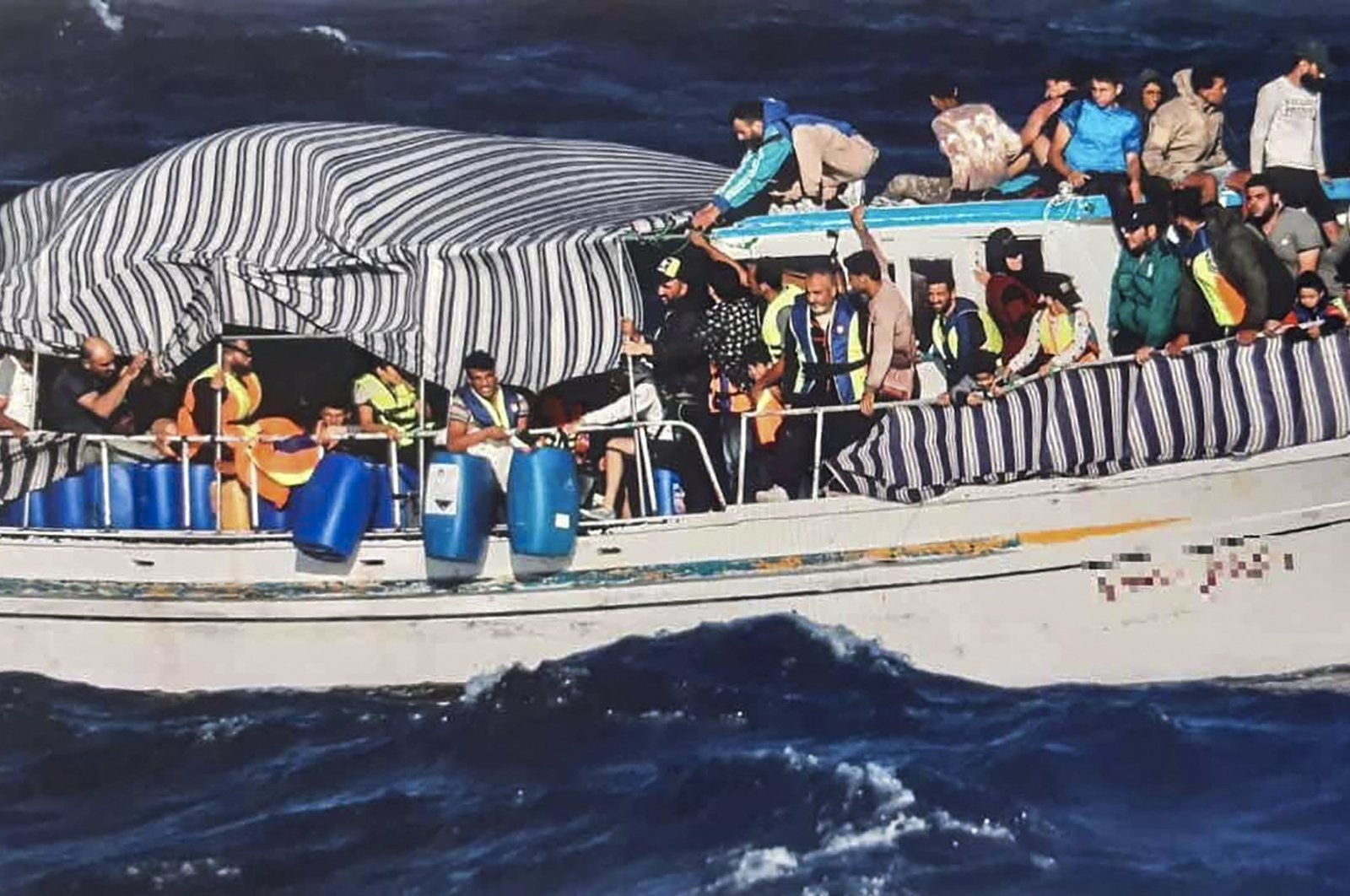 After becoming one of the main destination points during the migration crisis of 2015, Athens has hardened its policy in the past year by increasing land and sea patrols, extending a border fence and building camps with much stricter security on its islands near Turkey.

It has repeatedly denied accusations of so-called pushbacks of asylum-seekers, saying it intercepts boats at sea to protect its own and the European Union's borders.

She said Athens would put in place from September a new system to safeguard fundamental rights. She gave no details about the new system. Greek officials have yet to comment.

"Funding is linked to EU fundamental rights being correctly applied," she added.

Greece said last month it would not allow the illegal entry of migrants by land or by sea, after an increase in attempted entries through its Aegean islands and land border with Turkey.

In an address to EU lawmakers on Monday, Greek Migration Minister Notis Mitarachi said the EU also needed to do more to ensure boats were not crossing over from Turkey, with which Greece regularly trades barbs over migration and other issues.

"Greece would expect an even more active role of EU institutions in calling Turkey to abide by its commitments," he said. "According to a considerable number of testimonies from asylum-seekers, Turkish authorities are actively encouraging illegal departures."

The influx of migrants from the Middle East and Africa in 2015 overwhelmed the bloc's social and security capacities.

The number of arrivals had fallen sharply since then, but in recent weeks, Greek authorities said they had stopped a significant number of people from entering.

Around 47,000 people have arrived by sea in Italy, Greece, Spain, Cyprus and Malta so far this year, the U.N. High Commissioner for Refugees (UNHCR) said. The Mediterranean countries expect over 150,000 arrivals this year as food shortages caused by the Ukraine conflict threaten increased arrivals from Africa and the Middle East.

The Turkish Coast Guard Command said last week it has rescued 33,964 irregular migrants in 1,295 pushback incidents carried out by the Greek coast guard since 2020, calling on Greece and the European Union to act in accordance with international law and human rights in order to end the pushbacks.

Turkey’s Ombudsman Institution report also mentioned that Greece has pushed back nearly 42,000 asylum-seekers since 2020. Noting that 98% of the pushbacks involved torture and ill-treatment, the report said 88% of the 8,000 asylum-seekers who came to the Greek border were beaten. It added that 97% of them suffered theft, 5% sexual assault and 8% electric shock, while 49% were forced to undress and 16% drowned. Of the children among them, 68% were exposed to or witnessed violence and abuse, the report stressed.

Turkey and human rights groups have repeatedly condemned Greece's illegal practice of pushing back irregular migrants, saying it violates humanitarian values and international law by endangering the lives of vulnerable migrants, including women and children.

In recent years, hundreds of thousands have made short but perilous journeys across the Aegean to reach Northern and Western Europe in search of a better life. Hundreds of people have died at sea as many boats carrying refugees sank or capsized. The Turkish Coast Guard Command has rescued thousands of others.

Pushbacks are contrary to international refugee protection agreements, which dictate that people should not be expelled or returned to a country where their life and safety might be in danger due to their race, religion, nationality, or membership in a social or political group.