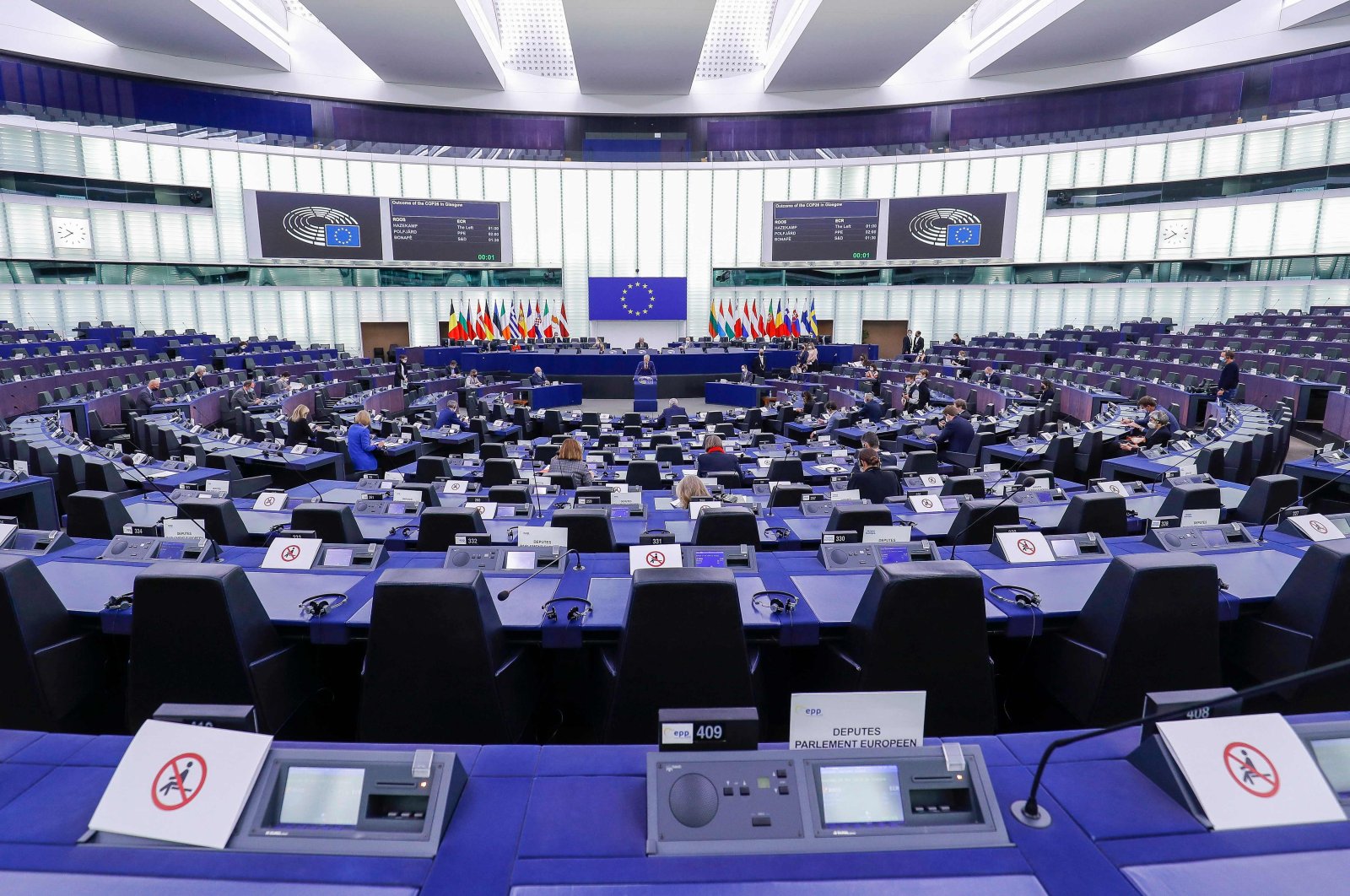 Vice President of the European Commission Frans Timmermans delivers a speech on the outcome of the U.N. Climate Change Conference in Glasgow, at the European Parliament in Strasbourg, France, on Nov. 24, 2021. (AFP File Photo)
by Anadolu Agency Nov 24, 2021 9:15 pm

The European Parliament on Thursday gave final approval to the financial assistance program for the vulnerable Syrian refugees in Turkey.

Turkey is the largest host country for Syrian refugees, providing protection to nearly 4 million people who fled the civil war, more than any other country in the world.

With 588 votes in favor, 87 against and 14 abstentions, the EU lawmakers approved an amendment to the bloc's 2021 budget that allocated 149.6 million euros ($170 million) extra funding for Syrian refugees in Turkey, the European Parliament announced.

The financial support will extend the bloc's multipurpose cash assistance scheme which provides monthly transfers for the most vulnerable refugees to cover essential needs of rent, bills, food and medicines.

The Emergency Social Safety Net (ESSN) is the biggest humanitarian program in the bloc's history, which has helped 1.8 million people.

Without the decision, the program would have ended through early 2022, but the additional 149.6 million euros financed from the remaining margin of the 2021 budget will prolong it.

However, the extended scheme will require in total 325 million euros through early 2023, according to the European Commission's estimates.

The EU member states already approved the extension of humanitarian aid in September.