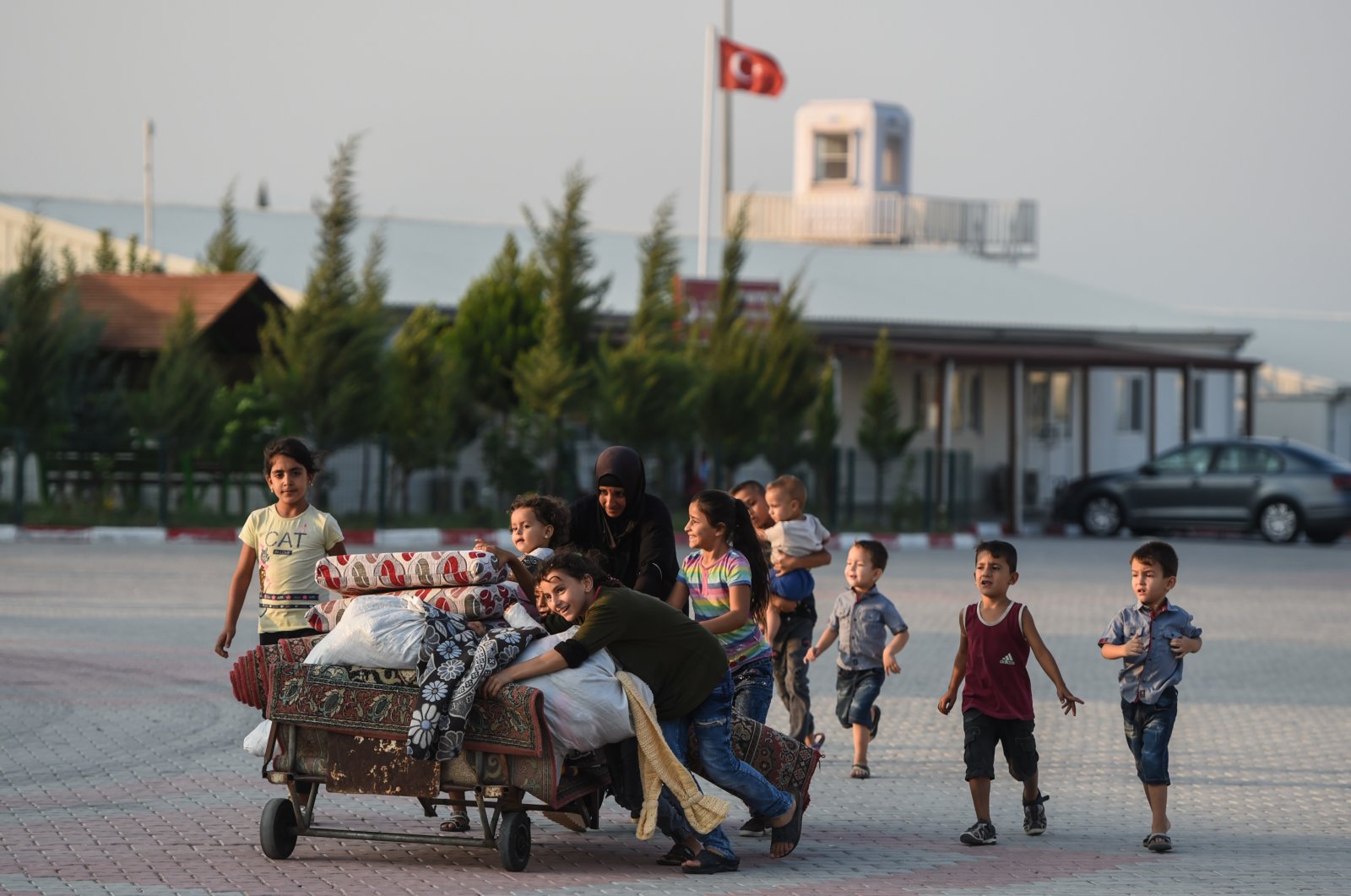 Turkey's efforts in sheltering more than 4 million refugees have been described by a senior U.N. official as "the largest operation ever," adding that the nation hosts more than any other country in the world.

"I congratulate the Turkish government for all the effort it puts in for the refugees in this country," Diene Keita, U.N. assistant secretary-general and deputy executive director of the United Nations Population Fund (UNFPA), said in an exclusive interview with Anadolu Agency (AA) during a visit to the country.

Hosting the refugees, including over 3.6 million Syrians who fled violence in their home country, is incredible, and "is being done with a lot of generosity,” she added.

Keita said she traveled to Hatay after Istanbul and was impressed with the work being carried out at the border and the refugee center.

"I also got the opportunity to interact with refugees who benefited from this support and they appeared to be happy," she added.

Describing the UNFPA as a medium-sized agency that carries out its activities with national staff, Keita said it has done a lot with Turkey.

Emphasizing that the COVID-19 pandemic and other crises reduced resources, she pointed out the importance of increasing domestic resources, as well as cooperation with the private sector in providing assistance to those in need.

The UNFPA is crucial in terms of addressing the role of population in development, Keita said, adding that knowing the number of women, men, and children allows creating schools and hospitals and developing a development plan accordingly. "This is where the majority of our global activities take place.”

The UNFPA is working to eliminate all preventable maternal deaths by 2030, with Turkey as a partner, she said.

"There are so many maternal deaths that can be prevented. Let's say simply, you're at home, you have no car to get to the hospital ... that can be changed."

She emphasized the importance of women having the freedom to choose whether or not to have children, when and how many children they will have, and to continue their education and job.

In response to a query on the situation in Afghanistan, Keita said the UNFPA's sole objective is humanitarian and it has opened 172 facilities, the majority of which are for women's health care, as well as 30 protection centers.

"Our teams are working hard, and it is vital to mobilize them," she said, referring to the upcoming winter season when life comes to a halt due to sub-zero temperatures in many parts of the war-torn country.

Keita said the situation of girls and women affected by an armed conflict in the northern Ethiopian province of Tigray, as well as the situation in Haiti, where a magnitude 7.2 earthquake struck in August, are among the humanitarian challenges prioritized by UNFPA.