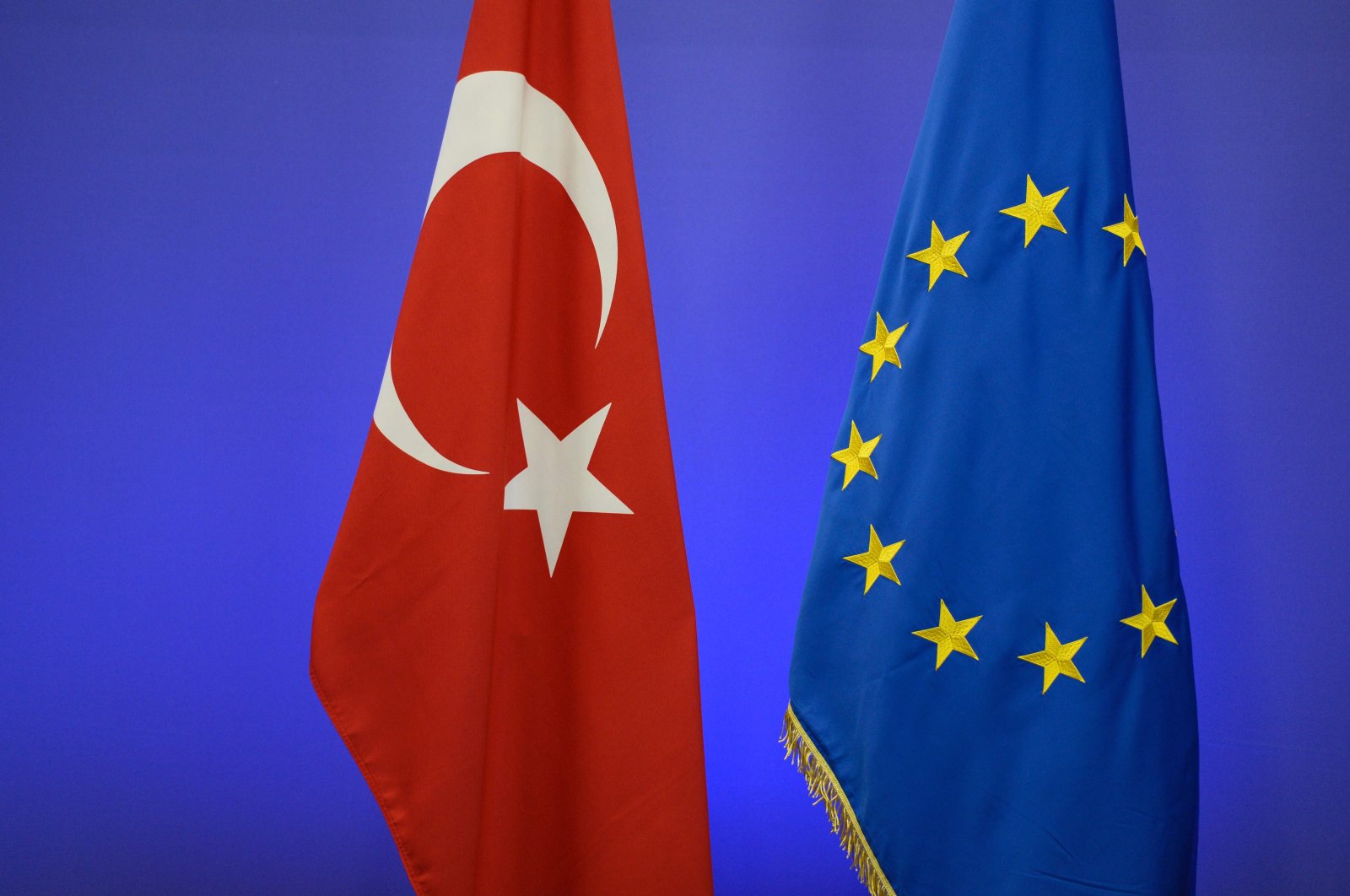 Turkish national flag (L) and the EU flag ahead of a summit on relations between the European Union and Turkey and on managing the migration crisis in Brussels, Nov. 29, 2015. (AFP Photo)
by Betül Usta Jan 11, 2021 12:41 pm
RECOMMENDED

Turkey is preparing to ramp up diplomatic relations with European countries following Ankara's recent declaration that it intends to turn a new page with the European Union, ushering in a positive era. In line with the initiative, Foreign Minister Mevlüt Çavuşoğlu is scheduled to hold a meeting with EU ambassadors on Tuesday in the capital Ankara.

Most recently, President Recep Tayyip Erdoğan on Saturday reiterated that Turkey prioritizes the EU in its agenda and sees its future in Europe. Turkey hopes to start fresh with the bloc in the new year, Erdoğan said in a statement, adding that interactions with the EU in 2020 were unproductive due to the artificial problems created by certain EU members.

Later in the day, President Erdoğan is expected to receive the EU ambassadors.

Under the deal, Turkey was promised 6 billion euros ($6.77 billion) in financial aid, which was initially designed to be given to the country in two stages and to be used by the Turkish government to finance projects for Syrian migrants. Visa freedom for Turkish citizens was also a perk of the agreement and the customs union was to be updated.

The customs union is a trade agreement between Turkey and the EU that came into effect on Dec. 31, 1995, following a March 6, 1995, decision by the European Community-Turkey Association Council to establish a customs union that allows goods to travel between the two entities without customs restrictions. The customs union does not cover essential parts of the economy such as agriculture, services or public procurement.