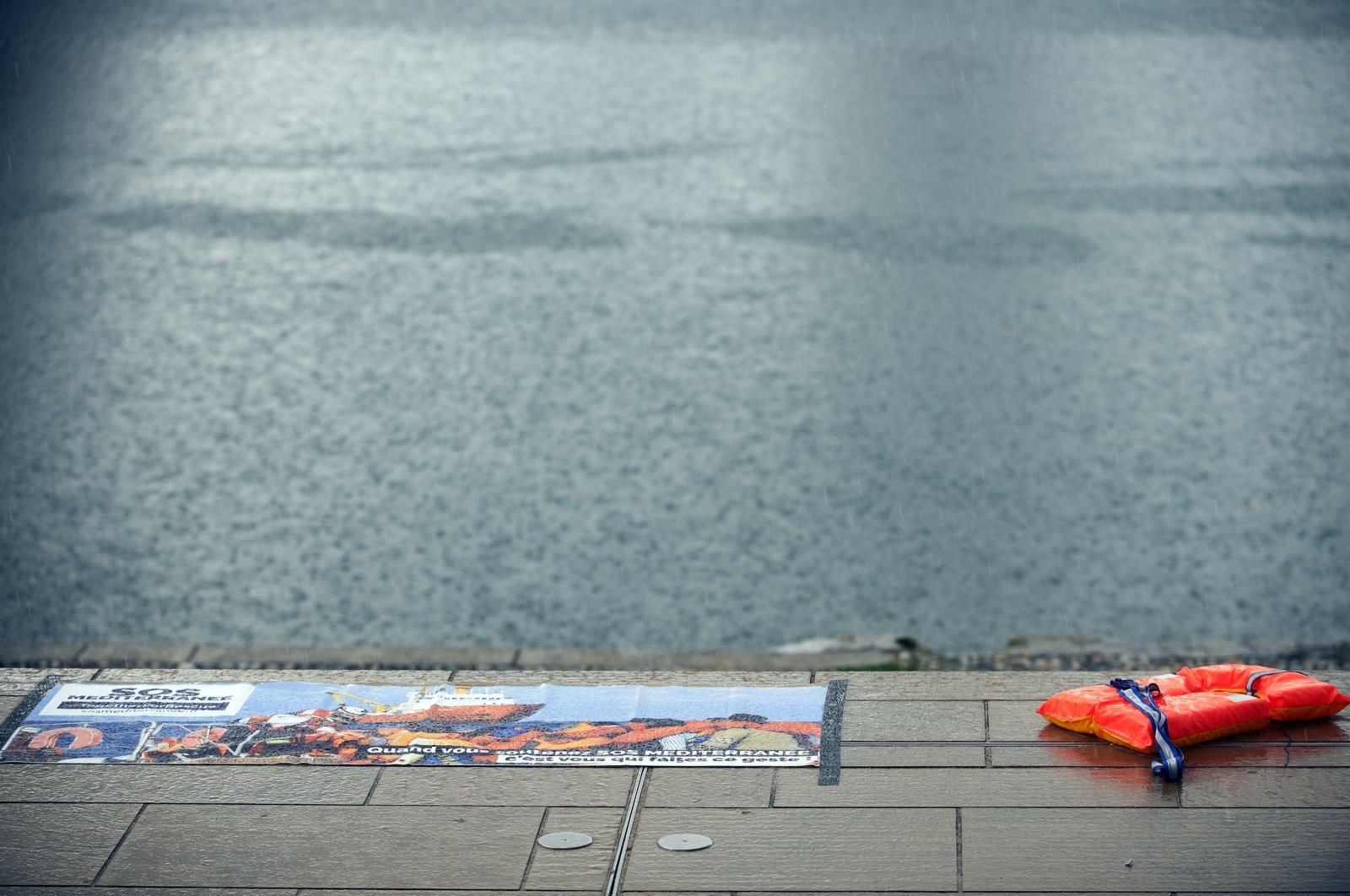 Amid growing reports of rights violations and pushbacks of asylum-seekers by Greece and Frontex in the Aegean Sea, security sources state that the main responsibility lies in the hands of Athens

Greece is responsible for the human rights violations carried out by Frontex, the European Border and Coast Guard Agency, security sources stated as reports and news of pushbacks and violent acts toward asylum-seekers grow almost on a daily basis.

“The authority of command of Frontex’s interventions belongs to the host country,” the sources told Daily Sabah. “This means that all vehicles including ships, boats and aircraft in Frontex’s structure are bound to the orders of Greek authorities as Athens’ cruel pushbacks have turned into an institutional culture.”

Greece's thesis of Frontex defending its interventions because it is halting refugees is being eroded through several reports of human rights violations and forceful discharges from camps, sources said, adding that the EU border agency's policies are full of hypocrisy.

“Asylum-seekers, whose rights are violated, face uncertain, burdensome and insufficient mechanisms. Greece, which participates in violent acts, pushbacks and remains a mere spectator to these activities, does not call Frontex to account, meaning that violations will continue,” sources further added.

Frontex, which supervises the outside borders of the 27-nation European Union, is under pressure following a series of allegations involving the illegal pushbacks of migrants, notably in the Aegean Sea between Greece and Turkey. Charity groups and media outlets accuse Frontex of denying people their right to apply for asylum.

On paper, Frontex is legally held accountable by the 27 member countries and the European Parliament (EP).

Out on the sea or at land borders, though, Frontex operations are controlled by the country whose territory they take place in. In the Aegean, where many pushbacks have been reported, that means the Greek coast guard. This is where the lines of responsibility become muddy.

Pushbacks prevent asylum-seekers from making claims for protected status, and if practiced indiscriminately, can constitute a violation of core EU human rights laws and the 1951 Geneva Conventions.

Although EU lawmakers in late March refused to sign off on the budget of the EU’s border and coast guard agency over concerns about allegations of rights violations, hiring failures and harassment by senior Frontex staff, European Union Home Affairs Commissioner Ylva Johansson defended the agency's role from the cloud that lingers over it.

She told a media conference last week that, while "shortcomings" had been identified, an inquiry by Frontex's board had concluded last month "that the agency was not involved in this type of activity."

She added that the border agency was "very well placed" to help EU member states to encourage migrants with no right to stay to return to their countries of origin.

An official inquiry recently cleared Frontex of links to the pushback claims but criticized reporting and the monitoring failures. Some EU lawmakers are calling for the Frontex chief, Fabrice Leggeri, to resign. The EP has also set up its own “scrutiny group," which is expected to release its findings on the agency this summer.

Sources reiterated that apart from rights groups, Turkey had also been providing evidence and reports showing the violations of Greece using pepper spray, batons, dogs and even bullets.

Meanwhile, the Turkish Coast Guard Command rescued another 29 people off the country's Aegean coast after they were illegally pushed back by Greek forces Monday. Turkish coast guard teams found a group of asylum-seekers on a boat off Cape Deveboynu in the country's northwestern Çanakkale province. After routine procedures, the asylum-seekers were taken to a repatriation center.

Again, the recent April 21 incident in which 130 people are believed to have died as they waited in vain for someone to save them, roughly 45 kilometers (30 miles) from the Libyan coast, is another case of the failings of EU countries and Frontex.

As the waves pounded the gray rubber boat carrying more than 100 Africans hoping to reach Europe from Libya, those aboard frantically dialed the number for migrants in distress. In a series of calls to the "Alarm Phone" hotline, passengers explained that the dinghy had run out of fuel while trying to cross the Mediterranean Sea and was quickly filling up with water and those on board were in a panic.

On the other end of the line, activists tried to keep the migrants calm as they relayed the boat’s GPS coordinates repeatedly to Italian, Maltese and Libyan authorities and later to Frontex, hoping authorities would launch a rescue operation as required under international maritime law.

An analysis of logs and emails from the Alarm Phone and the nongovernmental organization SOS Mediterranee, as well as reports by the Libyan coast guard, show that the national authorities contacted responded slowly, insufficiently or not at all to the pleas for help.

It was the deadliest wreck so far this year in the Mediterranean Sea, where more than 20,000 migrants or asylum-seekers have perished since 2014, and has renewed accusations that European countries are failing to help migrant boats in trouble.