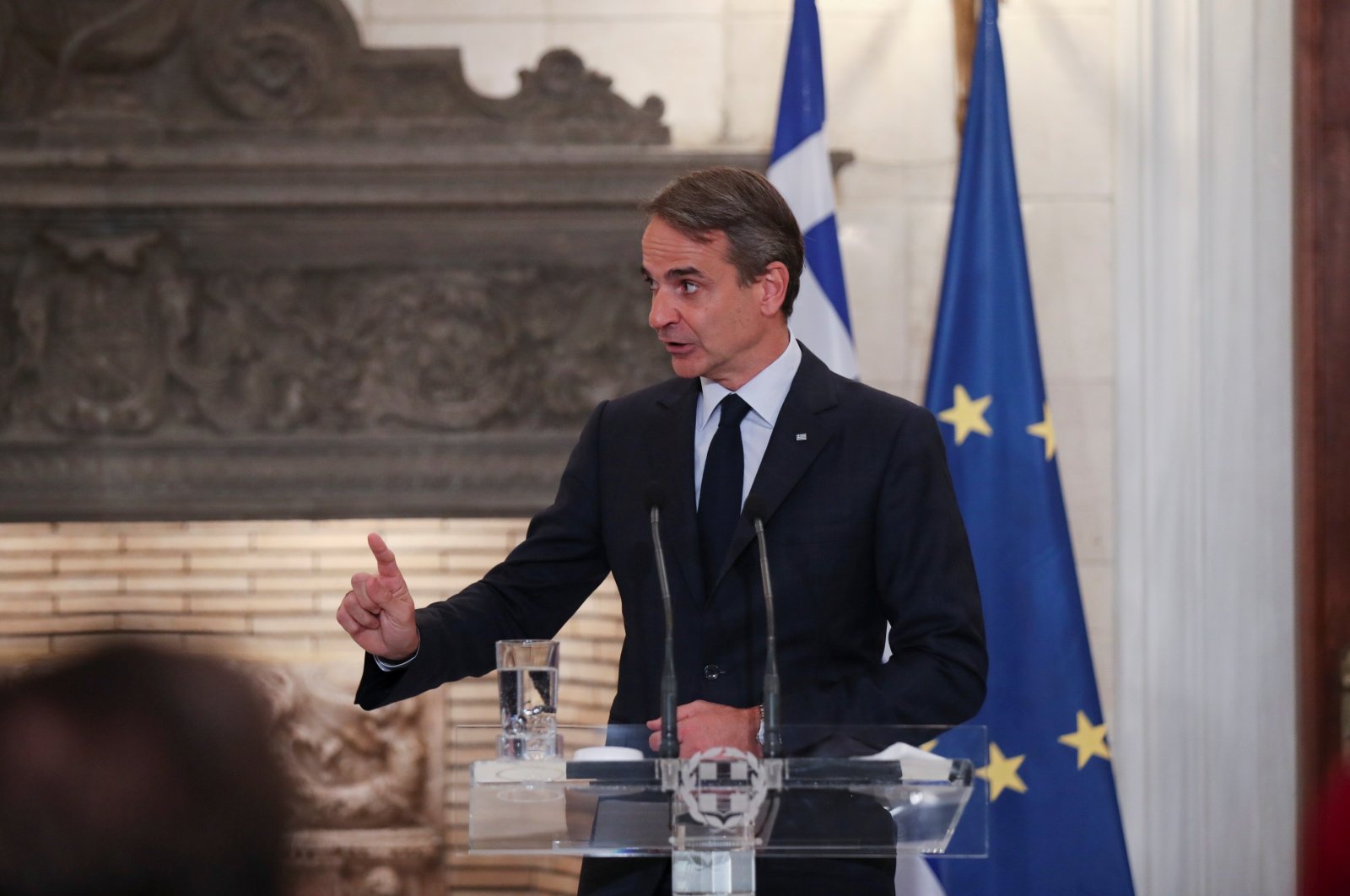 Greek Prime Minister Kyriakos Mitsotakis angrily defended Greece's controversial migration policy on Tuesday in a heated debate with a reporter who accused him of "narcissistic abuse" during a press conference with his Dutch counterpart in Athens. The reporter echoed the call of many rights groups and organizations urging Athens to stop lying and admit to the systematic policy of "cruel and barbarian pushbacks."

"There has been overwhelming evidence and you keep denying and lying. This is like narcissistic abuse. Why are you not honest? Why don't you say 'Brussels left us alone, we waited for six years, nobody did anything ... Now I have a say and yes, I do cruel, barbarian pushbacks.'"

"I understand that in the Netherlands you have a culture of asking direct questions to politicians, which I very much respect," he said. "What I will not accept is that in this office you will insult me or the Greek people with accusations and expressions that are not supported by material facts," he added.

Mitsotakis said authorities were "intercepting" boats at sea in accordance with European Union regulations and had granted asylum to 50,000 people, including "tens of thousands of Afghans."

Beugel interrupted him to say conditions were "appalling."

Visibly irate, Mitsotakis hit back: "Look, you will not come into this building and insult me. Am I very clear on this?"

He said a newly-built, EU-funded camp on the island of Samos was "impeccable ... no comparison to what we had in the past."

Mitsotakis added, "This is our policy, we will stand by it and I will not accept anyone pointing the finger to this government and accusing it of inhumane behavior."

In a report published in September, the European Union Agency for Fundamental Rights (FRA) revealed that the difficult conditions and violations of rights in detention and reception centers for migrants at EU borders continue. The report also noted that pushing migrants back to Turkey has become the de facto border policy of Greece, and that torture, ill-treatment and pushbacks continue.

According to the report of the Vienna-based FRA on fundamental rights, covering June 1-June 30, there have been cases of violent pushbacks in Croatia, the Greek Cypriot administration, France, Greece, Hungary, Malta, Romania, Serbia and Slovenia.

In the report, it was stated that children seeking asylum without an accompanying person or with their families were detained in Bulgaria, Croatia, the Greek Cypriot administration, France, Greece and Poland.

Meanwhile, the European Council on Refugees and Exiles (ECRE), a European network of 103 nongovernment organizations (NGOs) in 39 European countries, told Anadolu Agency (AA) there is an unwillingness of EU institutions to act because the general strategy is based on the prevention of arrivals of people seeking protection, regardless of the costs and consequences.

Some EU countries have been involved in constant pushback practices in recent years in the name of fighting irregular migration. Numerous cases of pushbacks have been recorded, especially from Greece, Croatia and recently Poland and the Baltic countries.

"The latest reports add to the mountain of evidence about violent pushbacks at the EU's borders. It is clear that states are using all means possible, including extreme violence, to prevent access to EU territory and access to asylum procedures," Catherine Woollard, the director of ECRE, told AA.