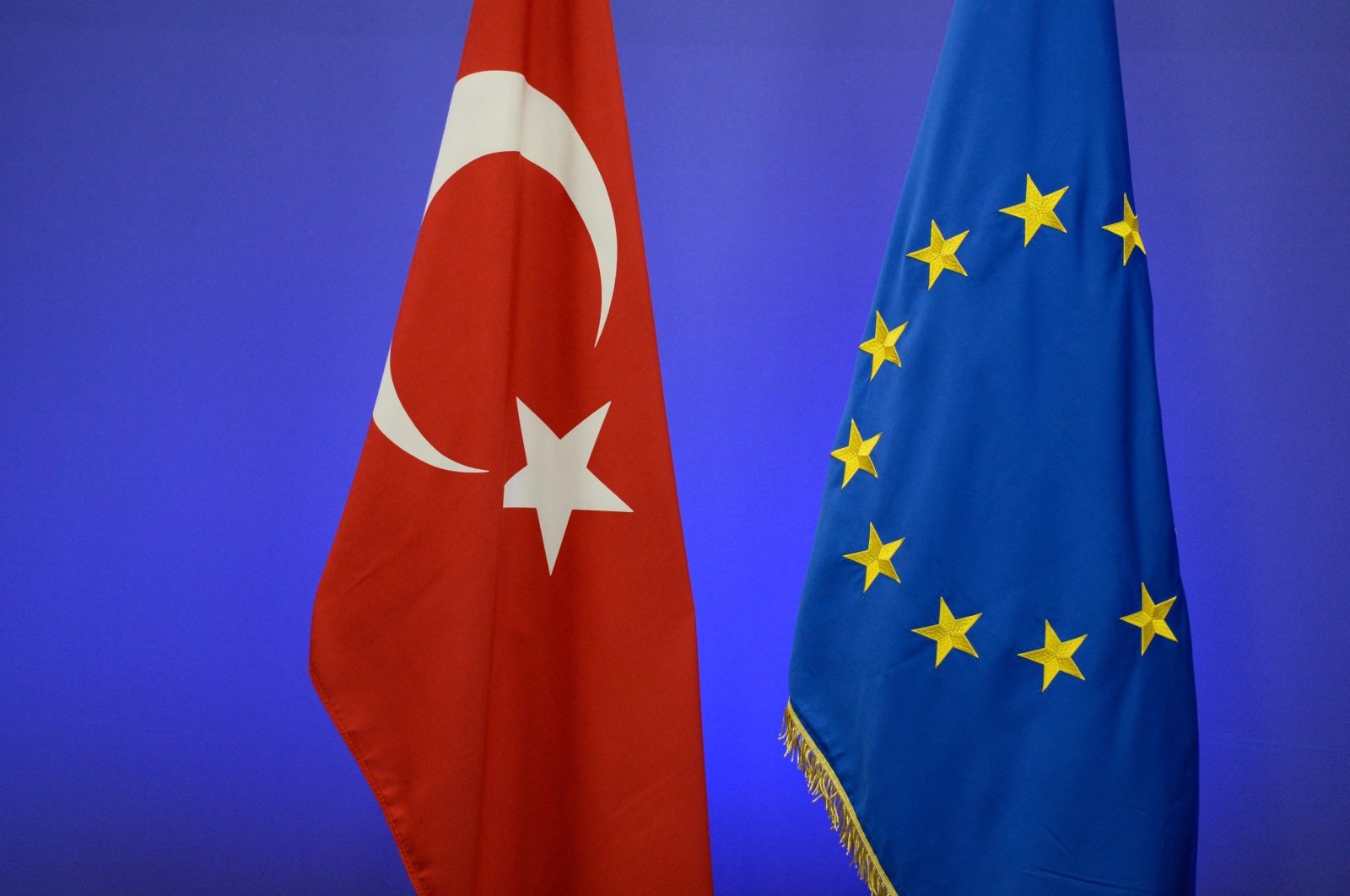 The Turkish national flag (L) and the European Union flag stand side by side ahead of a summit on relations between Turkey and the EU in Brussels, Belgium, Nov. 29, 2015. (AFP File Photo)
by DAILY SABAH Oct 29, 2021 3:04 pm
RECOMMENDED

"We discussed the necessity and basic elements of advancing Turkey-European Union relations in line with the positive agenda," Deputy Foreign Minister Faruk Kaymakçı, who is in charge of EU affairs, tweeted of his meeting with European Commissioner for Neighbourhood and Enlargement Oliver Varhelyi in Brussels, the bloc's de facto capital.

Varhelyi also tweeted that he welcomed Kaymakçı at the European Commission to "discuss the outlook for EU-Turkey bilateral relations."

Kaymakçı also had a meeting with Pedro Serrano, Cabinet chief of the bloc's high representative for foreign affairs and security, Josep Borrell, on Friday.

Kaymakçı shared a photo of this meeting as well, saying that Turkey’s inclusion in the EU would contribute immensely to the bloc in the geopolitical sense, and called for more engagement between the two sides.

“Turkey's EU accession process is a win-win-win case,” Kaymakçı said in a tweet.

The head of the EU delegation to Turkey, Nikolaus Meyer-Landrut, said Monday that there are six remaining criteria Turkey needs to fulfill for visa liberalization.

He noted that Ylva Johansson, the European commissioner for home affairs, also stated that the EU was ready to continue discussions on this issue while she was visiting the country.