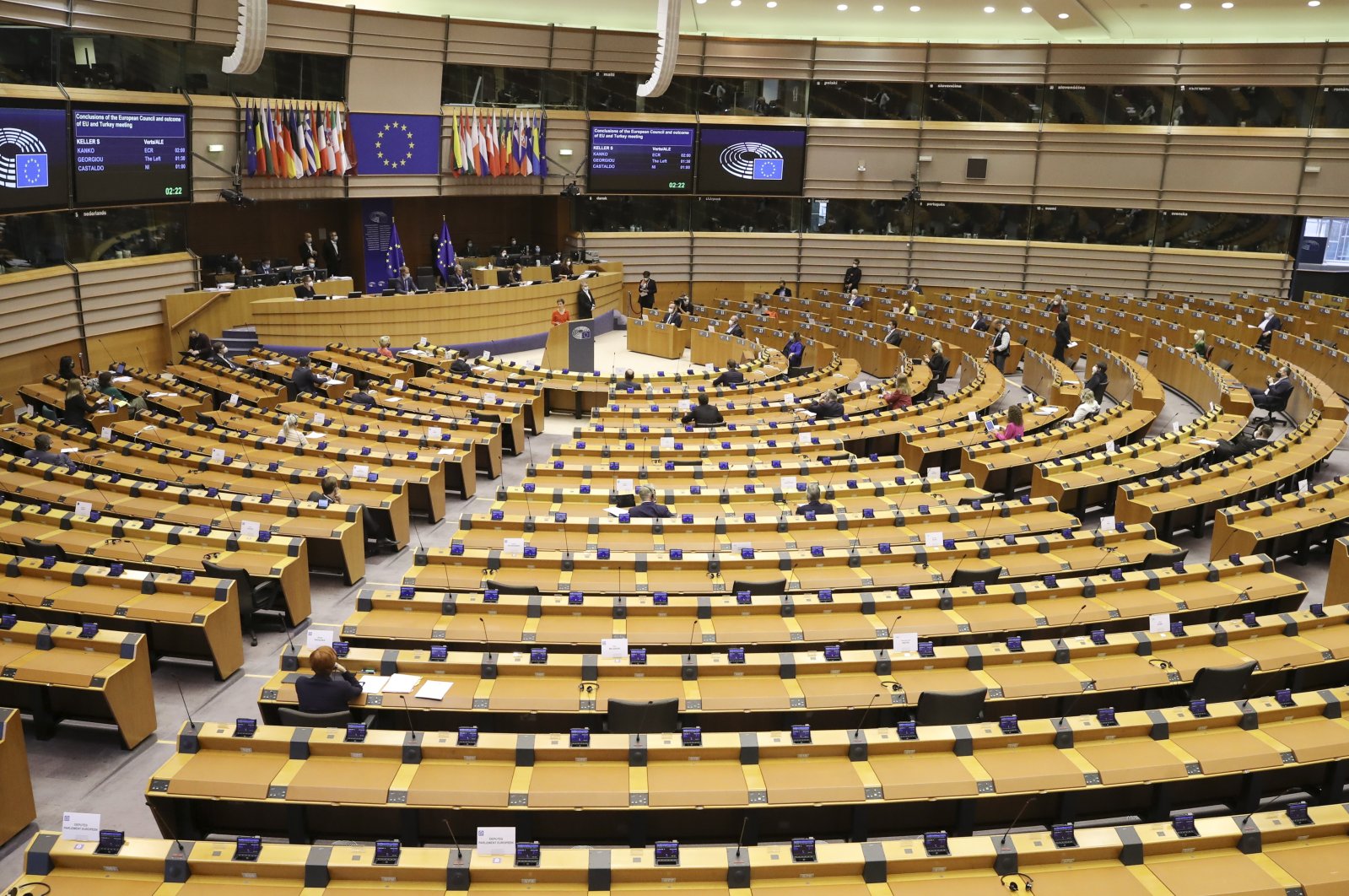 As the European Union faces many challenges ahead, Turkey reiterated that it sees its future as part of the EU, and underlined the contributions and support Ankara can offer the bloc

Turkey is pursuing its decisive stance and working toward its strategic goal, European Union membership, despite being subjected to double standards and obstructions by the bloc and member countries. Having left behind a tumultuous year, marked by disagreements and conflicts, Brussels and Ankara have recently been approaching a positive agenda and eyeing further cooperation in several areas.

“It is obvious that the bloc cannot continue its presence in a strong manner without the contribution and support of our country,” President Recep Tayyip Erdoğan stated Sunday, marking Europe Day.

He pointed out in a written statement that the EU needs a new institutional structure, vision and comprehensive approach, as well as a review of its decision-making mechanism.

“Some member countries carrying their bilateral issues with Turkey to the corridors of the EU, have held Turkey-EU relations captive, (and) weakened the bloc’s fighting capacity against global threats,” he said.

The president highlighted that the EU faces several challenges including the migration crisis, anti-Islam sentiment, xenophobia, financial and economic fragilities, the departure of the United Kingdom from the bloc, as well as the ongoing COVID-19 pandemic.

“Overcoming these problems threatening the bloc and its future, depend on solidarity, cooperation and reestablishing a courageous and comprehensive view. The biggest hindrance preventing the bloc from becoming a strong global actor is the lack of strategic patience and vision.”

Faruk Kaymakcı, the deputy foreign minister and director for EU affairs, also shared a message on the occasion of Europe Day.

“As of 1999, after Turkey was officially declared a candidate for the EU, we started to celebrate May 9 Europe Day in our country. We believe our future is common. We believe that the EU can be stronger and become a global actor together with a strong Turkey,” he stated.

'We must also build our future together'

Speaking to Anadolu Agency (AA) a day earlier, Kaymakcı said that Turkey wants an update of the 2016 refugee deal with the EU and the continuation of positive relations with the bloc.

Evaluating the Turkish people's perspective on the EU, he reiterated that the overwhelming majority of the population supports membership in the bloc and believes that the country has the potential to be a full member.

The EU leaders on their visit last month said the bloc is ready to support a concrete and positive agenda with Turkey, especially in the areas of economic cooperation and migration.

"Turkey wants to proceed to the positive agenda after the EU summit in June 2021, if not earlier than that date. By positive agenda, we refer to the updated March 18, 2016 refugee deal with them," he noted.

Turkey-EU relations are marked by disputes on several issues, including tensions in the Eastern Mediterranean, Turkey's role in Syria, the migrant crisis and the stalemate in Turkey's accession process to the bloc. During a meeting in Brussels on Dec. 10, EU leaders decided to draw up a list of Turkish targets to sanction.

Reinstating Turkey's anticipation for improvement in all domains of Turkish-EU relations, Kaymakcı said, "We hope that the EU leadership wouldn't sacrifice relations to the Cyprus issue for the maximalist and unreasonable demands (of some countries)."

Diplomats in late April had tried to make headway to end the decades-old conflict between rival Greek and Turkish Cypriots that destabilizes the Eastern Mediterranean and is a key source of tension between NATO allies Greece and Turkey. The gathering, dubbed the U.N.+5, was attended by the foreign ministers of Cyprus’ three guarantors – Turkey, Greece and Britain.

The divided island has seen an on-and-off peace process in recent years, including the failed 2017 Crans-Montana Conference in Switzerland under the auspices of guarantor countries Turkey, Greece and the United Kingdom and the latest U.N.+5 Cyprus talks in Geneva, which ended without any concrete result.

During an interview with Daily Sabah, Nikolaus Meyer-Landrut, head of the EU delegation to Turkey, had underlined that “the outcome of the (Cyprus) talks and the assessment we make about the outcomes will, of course, affect the general assessment about how conducive the environment is to progress,” referring to Turkey-EU relations.

The island has been divided since 1964 when ethnic attacks forced Turkish Cypriots to withdraw into enclaves for their safety. In 1974, a Greek Cypriot coup aiming at Greece's annexation led to Turkey's military intervention as a guarantor power. The Turkish Republic of Northern Cyprus (TRNC) was founded in 1983.