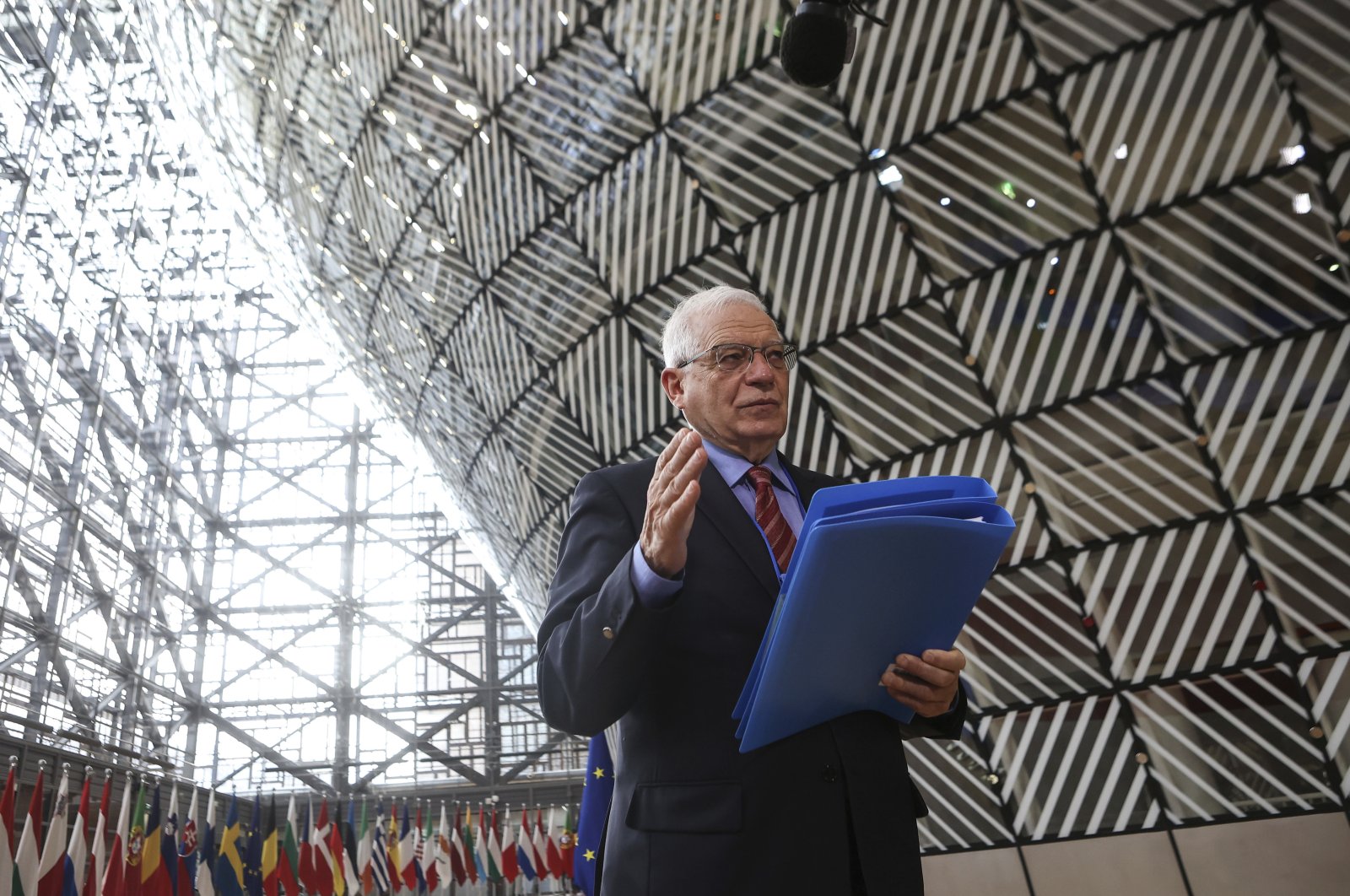 “Turkey is the first item on the agenda,” EU foreign policy chief Josep Borrell said ahead of the meeting.

EU's top diplomat said the ministers will "take stock" of a report drafted by Borrell and the EU diplomatic service on future ties with Turkey.

The report welcomes Turkey's “positive steps” and “calmer, more constructive attitude,” according to a leak published by the Politico news media outlet, which specializes in EU affairs.

The document also suggests to "deepen the present momentum and incentivize closer EU-Turkey ties across the board" with the expansion of the customs union as well as involving Turkey further in EU-financed research or youth programs like Horizon Europe and Erasmus+.

Based on the report, the EU ministers will also address migration and the renewal of the EU-Turkey deal, signed in 2016 to stop irregular flows of asylum-seekers to Europe and to improve the conditions of Syrian refugees in Turkey.

Last week, Borrell said it was necessary to strike a new deal because the 2016 agreement had “produced tangible results” and “led to a significant decrease of loss of human lives, a reduction in irregular crossing and improved the situation of refugees and migrants in Turkey.”

Another important point of the agenda is the bloc’s relations with Russia.

The foreign ministers will also discuss the human rights situation across the world with U.N. human rights chief Michelle Bachelet.

The ministers are expected to adopt sanctions against 11 officials from Myanmar involved in the military coup and repression of civil protesters.

The EU ministerial meeting is a curtain-raiser for the EU leaders’ virtual summit scheduled for Thursday and Friday.

EU heads of state and government are expected to agree on the main directions of EU-Turkey relations during their videoconference.