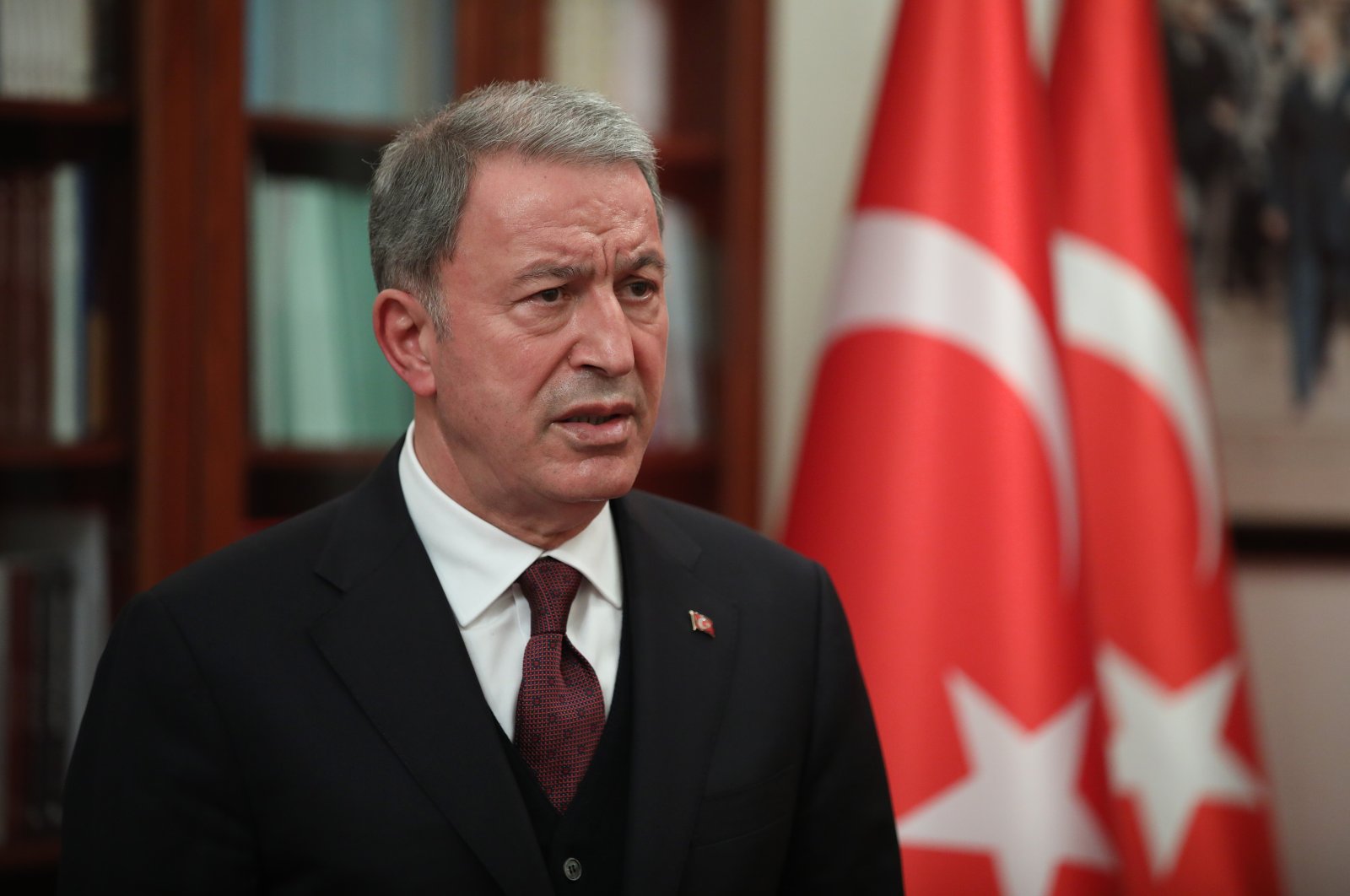 Akar made the statement after a two-hour meeting with his German counterpart Annegret Kramp Karrenbauer in Berlin on Tuesday, saying that the two countries would take “concrete steps” in the upcoming days.

Noting that he held a constructive meeting with Karrenbauer, Akar said the two ministers discussed several issues and exchanged views in a “sincere and constructive” atmosphere.

“We hope that our ongoing work will have more positive implications in the near future. I believe that we will be able to conduct more positive and productive work soon under the framework determined following meetings between our president and Chancellor (Angela) Merkel,” Akar said.

The defense minister continued by saying that Turkey is a committed NATO ally and has fulfilled all of its responsibilities regarding operations, drills, financial assistance and troop assignment.

Regarding the NATO-led military deconfliction mechanism between Turkey and Greece, Akar said the two delegations have held eight meetings so far.

“We expect our neighbor Greece to show more interest in this regard,” Akar said, adding that he expects the meetings to be more productive soon.

Touching upon the ongoing exploratory talks between the two countries, Akar said Turkey has told Greece that it can host the upcoming meeting in Ankara.

“We hope to maintain dialogue and find political, peaceful solutions to the problems between Turkey and Greece,” Akar said, adding that Turkey was eager to find solutions.

The defense minister also said Turkish seismic exploration vessels are only carrying out technical and scientific work in the Eastern Mediterranean. Turkey has also been carefully watching the navigational telex announced by Greece and refrains from all actions and attitudes that may negatively impact the relations between the two countries.

Akar noted that Germany has been relatively constructive regarding the tensions with Greece.

“We can confidently say that Germany has adopted a rather consistent and principled stance regarding the matter,” Akar said, adding that Ankara hopes this approach sets a precedent for the European Union and NATO member-states.

"It is crucial that the talks process has been resumed. A renewed escalation in the Mediterranean must be avoided," Kramp-Karrenbauer said, as she welcomed Akar's visit as an opportunity to discuss difficult topics while noting that dialogue between NATO allies Germany and Turkey was essential.

Kramp-Karrenbauer welcomed the resumption of talks between NATO allies Turkey and Greece who met on Jan. 25 for the first time in nearly five years for exploratory talks to address their dispute over sovereignty rights in the Eastern Mediterranean.

“It is crucial that the thread of the conversation was resumed. Another escalation in the Mediterranean must be avoided,” the German minister said. “I hope that all sides use the opportunity for dialogue. I see Germany in a mediator role here.”

Kramp-Karrenbauer reached out to her Greek Cypriot and Greek counterparts over the phone ahead of the meeting with Akar.

She underlined that dialogue and balance are key to the alliance between NATO allies Germany and Turkey.

“Both have a common interest in a stable south-east flank of NATO. Ankara is a reliable and close partner who makes substantial contributions to European security,” the statement said.

The two countries first initiated exploratory talks to discuss the issues in the Eastern Mediterranean on March 12, 2002, in an effort to find a fair, sustainable and inclusive solution. The most recent discussions are the 61st of their kind between the nations.

NATO members Turkey and Greece also participated in deconfliction talks last year, initiated by NATO Secretary-General Jens Stoltenberg. Those meetings were designed to reduce the risk of incidents in the Eastern Mediterranean. The talks facilitated the establishment of a hotline between Athens and Ankara, allowing for conflict resolution at sea or in the air.