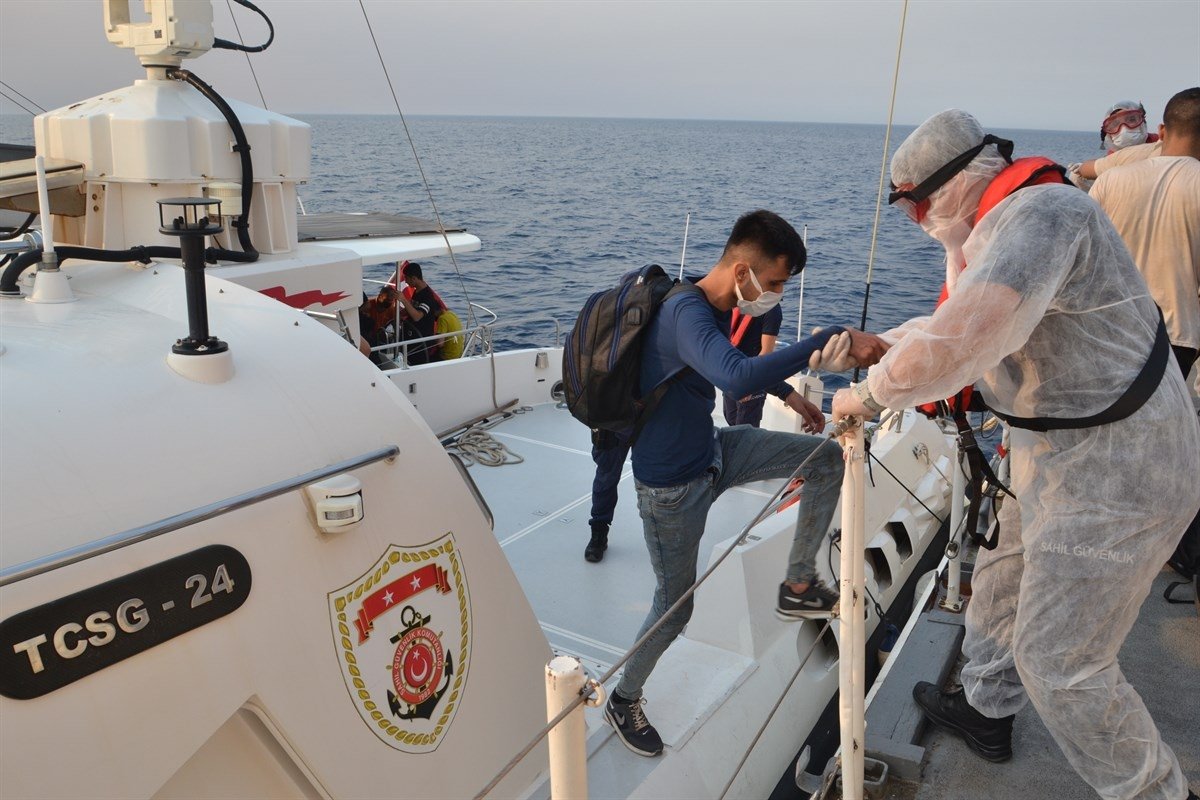 A total of 100 asylum-seekers were held in the town of Çeşme in Turkey's Aegean province of Izmir.

According to a statement from the Turkish Coast Guard Command, a sail boat was stopped off the coast of Alaçatı in Çeşme.

The 100 asylum-seekers on board were later handed over to the Provincial Directorate of Migration Management.

Meanwhile, the Turkish Coast Guard Command also rescued 34 irregular migrants in waters off the coast of Dikili district in Izmir after they were pushed back by Greek forces in the Aegean Sea.

The irregular migrants, including women and children, were also sent to the Provincial Directorate of Migration Management.

A joint investigation by several international news outlets reported in October 2020 that Frontex had been complicit in maritime pushback operations to drive away migrants attempting to enter the EU via Greek waters. A month later, Brussels-based news outlet EUobserver revealed that Frontex exchanged letters with Greek authorities about Athens' orders to push back migrants to Turkish waters.