Turkey rescues 32 migrants in Aegean pushed back by Greece 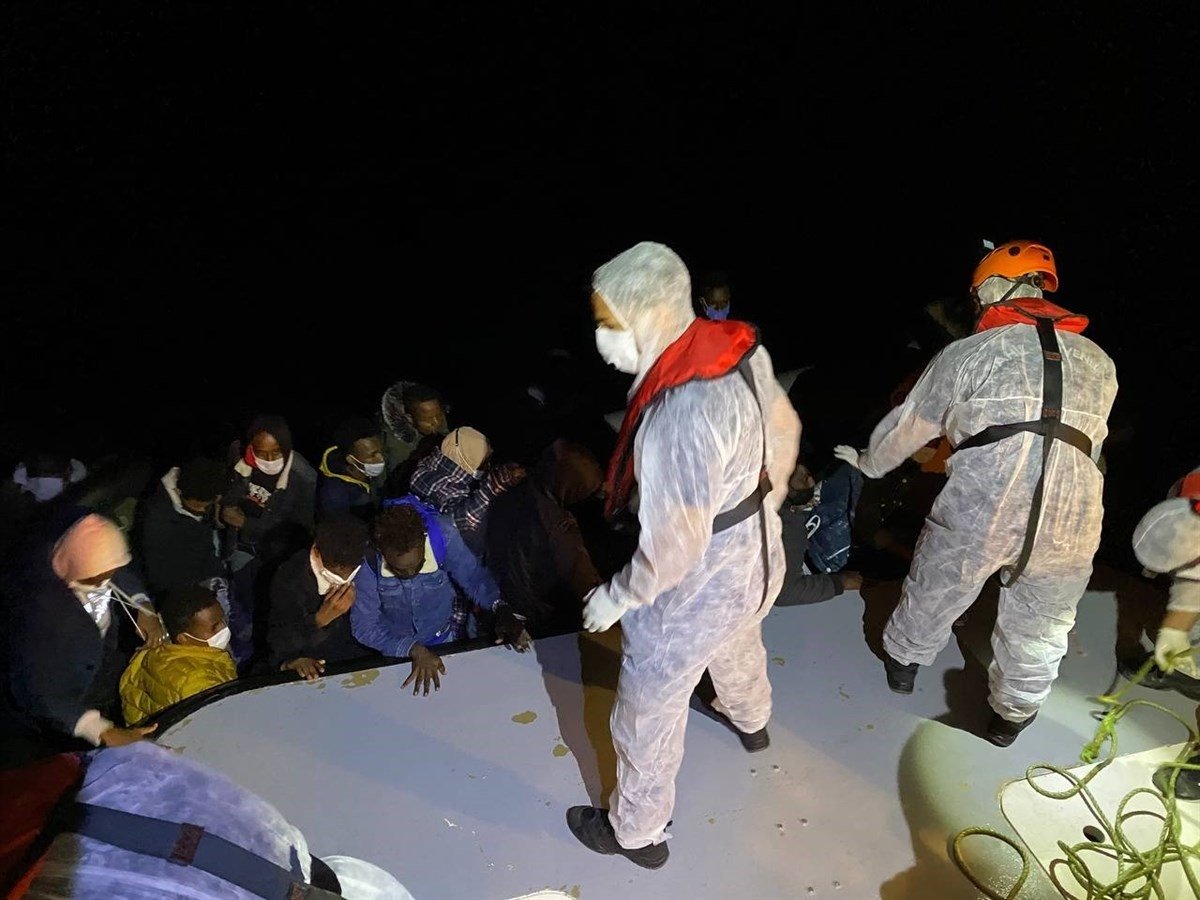 Some 32 irregular migrants pushed back by Greece toward Turkish territorial waters were rescued by the Turkish coast guard in the Aegean Sea Thursday.

They were rescued from rubber boats by the Turkish Coast Guard Command off the coast of Çeşme in Turkey's western Izmir province, said a coast guard statement.

After routine checks, they were transferred to the provincial migration authority.

Turkey has repeatedly condemned Greece's illegal practice of pushing back asylum seekers as it violates humanitarian values and international law by endangering the lives of vulnerable migrants, including women and children.