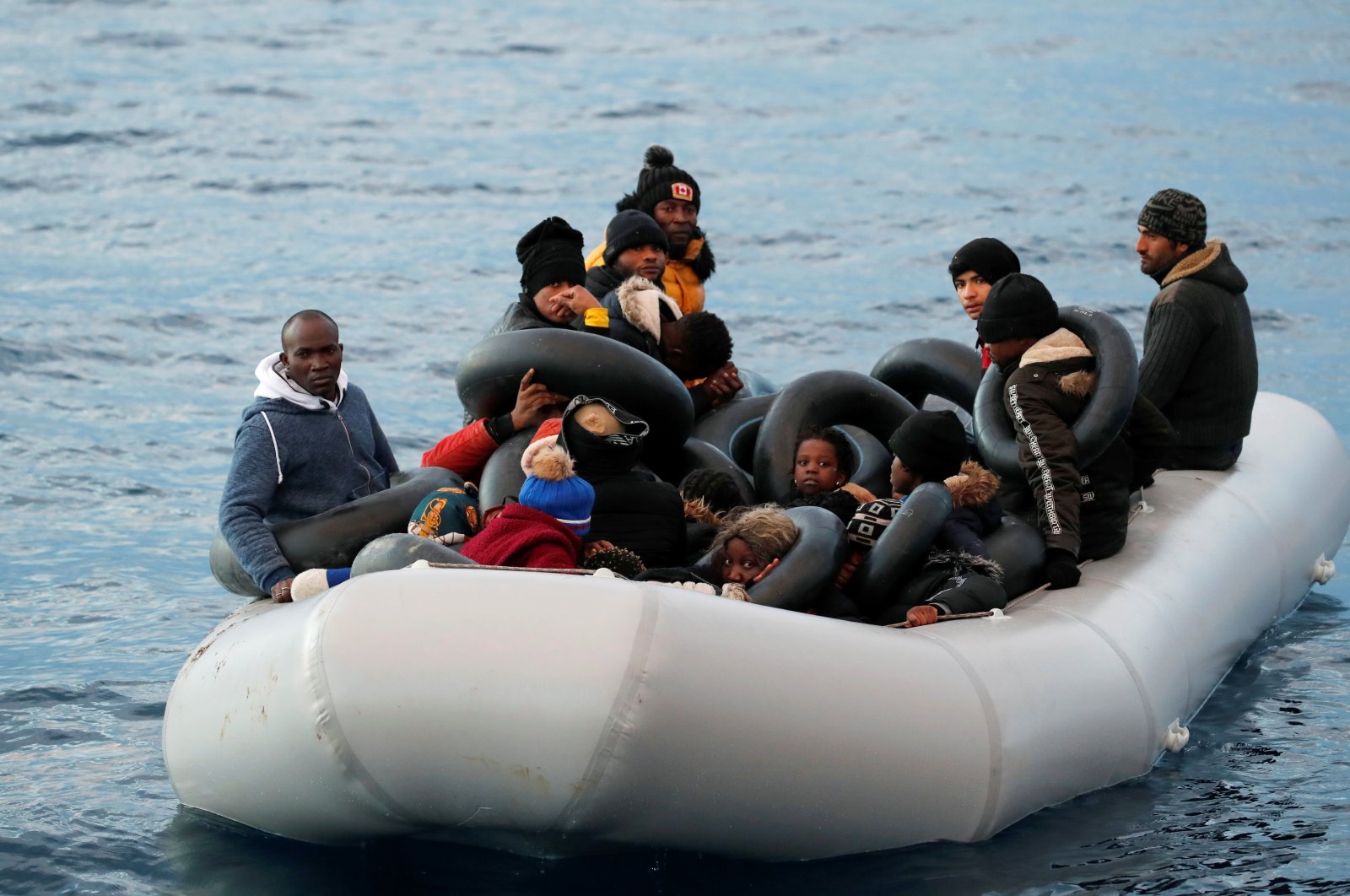 Migrants are seen on a dinghy following a failed attempt to cross to the Greek island of Lesbos, as a Turkish coast guard boat approaches them, on the waters of the North Aegean Sea, off the shores of Çanakkale, Turkey, March 6, 2020. (Reuters File Photo)
by DAILY SABAH Sep 22, 2021 1:02 pm
RECOMMENDED

In Izmir, the coast guard saved 75 migrants and refugees off Çeşme, Dikili and Seferihisar districts on Sept. 20-21. The migrants were on rubber boats at the time of the rescue, Ihlas News Agency (IHA) cited the coast guard as saying.

They were transferred to the local migration authority after routine procedures, the report added.

In Balıkesir province, the coast guard rescued 10 irregular migrants pushed away by Greece.

They were on a life raft off Ayvalık and were sent to a repatriation center.

The nationality of the irregular migrants has not been reported, but individuals from war-torn countries such as Syria and Afghanistan have been attempting to cross the sea to reach Europe.

Between January 2020 and March 2021, the United Nations High Commissioner for Refugees (UNHCR) documented around 300 reported incidents of illegal expulsions around the Aegean islands and Greece's northeastern land border with Turkey. Several migrant support groups, including the Greek Helsinki Monitor, in May, filed a complaint with the European Court of Justice against Frontex, the EU's border monitoring agency.