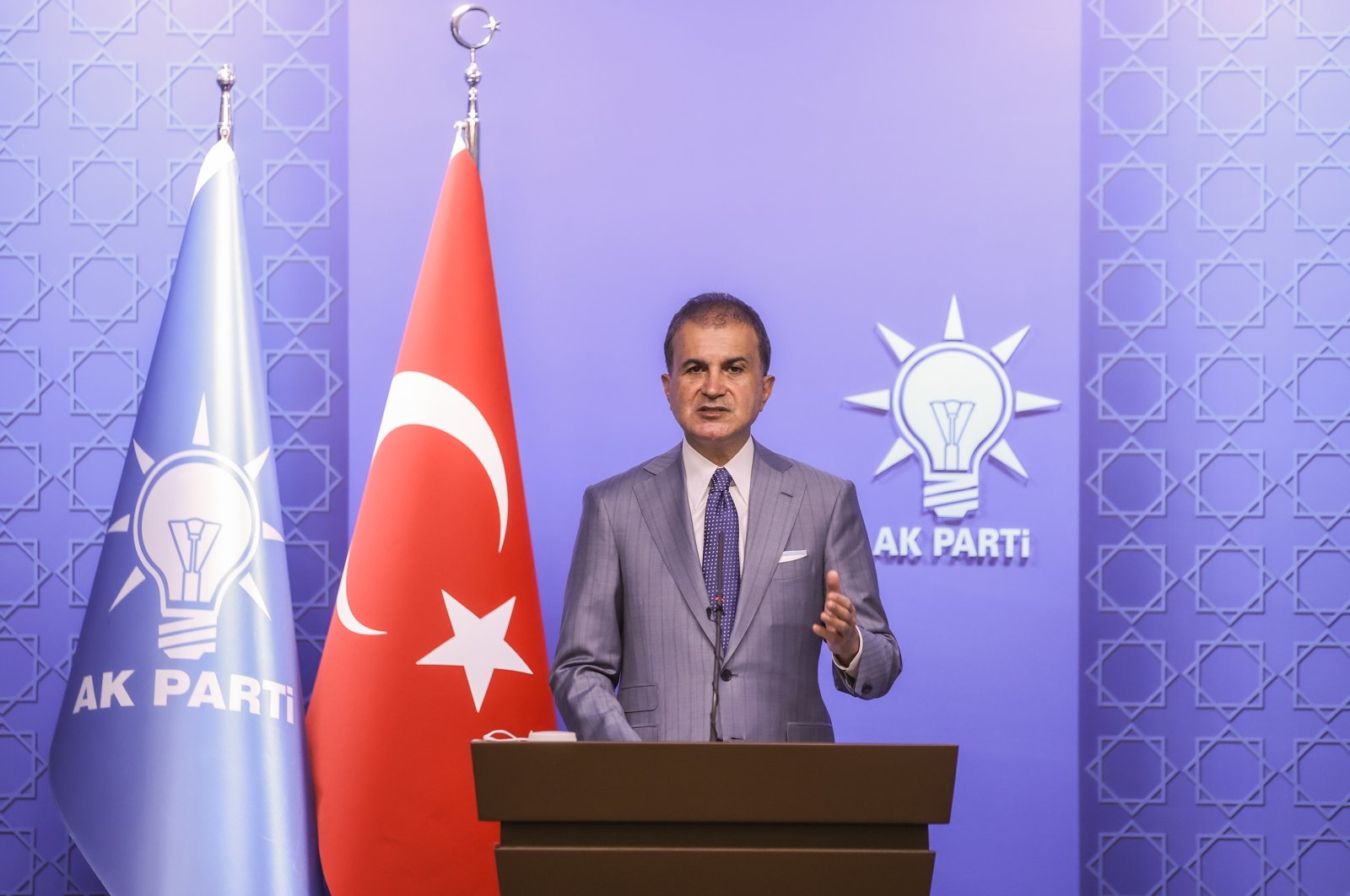 "European democracies are sinking in the Mediterranean," Çelik told reporters in the capital, Ankara, following a meeting of the AK Party's Central Executive Board.

Referring to the high-tech sound bombs deployed by Greece to deter asylum seekers, Çelik said these bombs are louder than an airplane flying close overhead and that medical reports found that people who come into contact with them suffer injuries.

"Why is Greece doing this? So that no migrant comes to their border. They talk about protecting Europe's borders to legitimize this," he said.

"And then you talk about European values ... While our president gives them information, documents and videos about the Greek coast guard's actions in sinking the migrant boats, they still claim they do not know about it," he added, referring to evidence Turkey has provided European Union bodies about the abuse and mistreatment at the border.

In March 2020, after Turkey stopped trying to block migrants and refugees from reaching Greece's border by land, Greek border guards wounded thousands of them and killed several.

Greek border police are firing bursts of deafening noise from an armored truck over the frontier into Turkey. Mounted on the vehicle, the long-range acoustic device, or “sound cannon,” is the size of a small TV set but can match the volume of a jet engine.

It is part of a vast array of physical and experimental new digital barriers being installed and tested during the quiet months of the coronavirus pandemic at the 200-kilometer (125-mile) Greek border with Turkey to stop people entering the EU illegally.

A new steel wall, similar to the recent construction on the U.S.-Mexico border, blocks commonly-used crossing points along the Evros (Meriç) River that separates the two countries.

Nearby observation towers are being fitted with long-range cameras, night vision and multiple sensors. The data will be sent to control centers to flag suspicious movement using artificial intelligence analysis.

The EU has poured 3 billion euros ($3.7 billion) into security tech research following the refugee crisis in 2015-16, when more than 1 million people – many escaping wars in Syria, Iraq and Afghanistan – fled to Greece and then on to other EU countries.

The automated surveillance network being built on the Greek-Turkish border is aimed at detecting migrants early and deterring them from crossing, with river and land patrols using searchlights and long-range acoustic devices.

Human rights groups have also documented hundreds of cases of migrants being robbed, abused and stripped by Greek forces along the land border, or being forcibly pushed back in boats along coastal borders, in cooperation with Frontex, the EU border agency.

Çelik said they would not interfere in the internal affairs of another state, but that the era of Israeli Prime Minister Benjamin Netanyahu was a bad one.

Saying that all these acts of violence greatly damaged the future of everyone and the prospects for peace, Çelik said that the Netanyahu era was also a bad period in terms of corruption, instability, violence and the sabotaging of the two-state solution.

Referring to ongoing efforts by a coalition of Israeli parties to oust Netanyahu, Çelik said Turkey hopes that whoever succeeds him will take a more prudent approach to all these issues, especially toward the two-state solution.