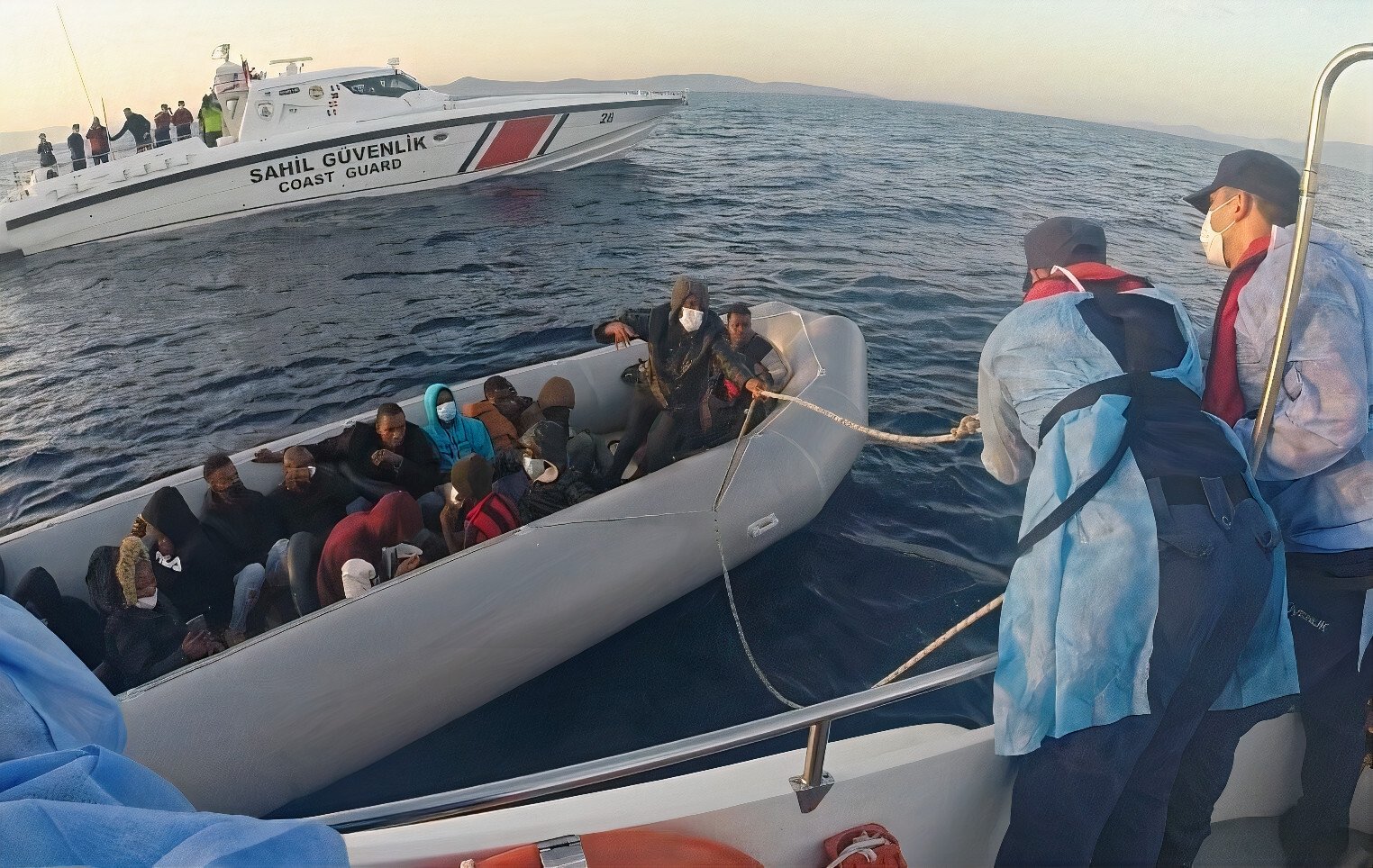 The Turkish coast guard rescued 23 asylum-seekers that were pushed back by Greek forces off the coast of western Izmir’s Dikili district.

According to a statement by the coast guard, it received information about a group of irregular migrants spotted on a dinghy. The coast guard saved 23 migrants who had been pushed back by Greece.

The migrants were sent to the provincial migration directorate following procedures.