Turkish coast guard units save 125 migrants pushed back by Greece 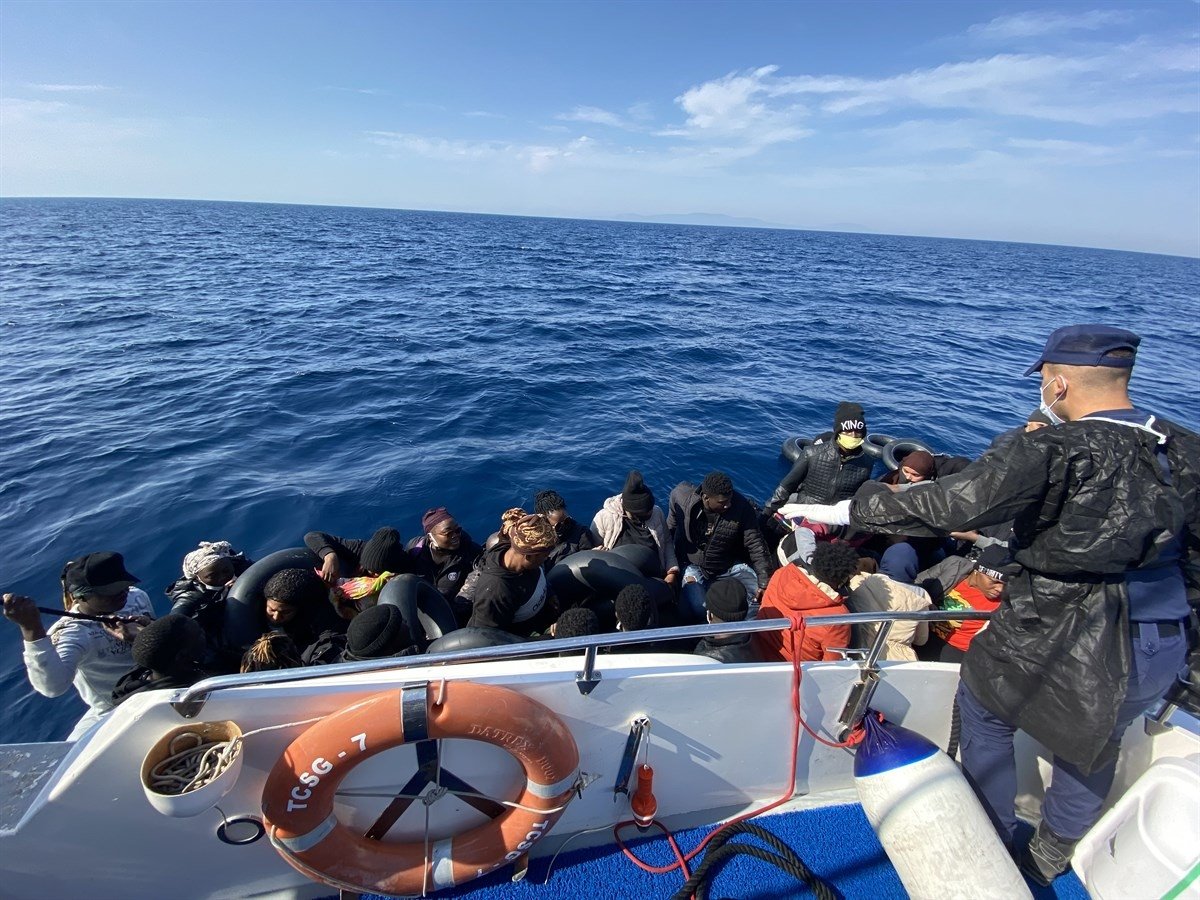 The Turkish Coast Guard Command rescued 125 irregular migrants who were pushed back by Greek authorities in the Aegean Sea.

In a statement published on its website Wednesday, the Turkish coast guard said that on Oct. 8 and Oct. 11, Turkish forces rescued a total of 70 people in two rubber boats, which were pushed into Turkish territorial waters by the Greek authorities off Seferihisar district of Izmir province.

Meanwhile, in Muğla province, Turkey rescued a total of 25 irregular migrants in the Aegean Sea after they were pushed back by the Greek authorities, a separate statement by the Turkish Coast Guard Command said, adding rescue teams arrived in the region after information that a group of irregular immigrants were sailing on a rubber boat off the Bozburun district.

A total of 21 Syrians, three Palestinians and one Egyptian national, including women and children, were among those rescued.

Turkey's five Aegean provinces – Çanakkale, Balıkesir, Izmir, Muğla and Aydın – are key spots for refugees to leave Turkey for the European Union, with Greek islands lying within sight of the Turkish coast.

Pushbacks are considered contrary to international refugee protection agreements that dictate people should not be expelled or returned to a country where their life and safety might be in danger due to their race, religion, nationality or membership in a social or political group.