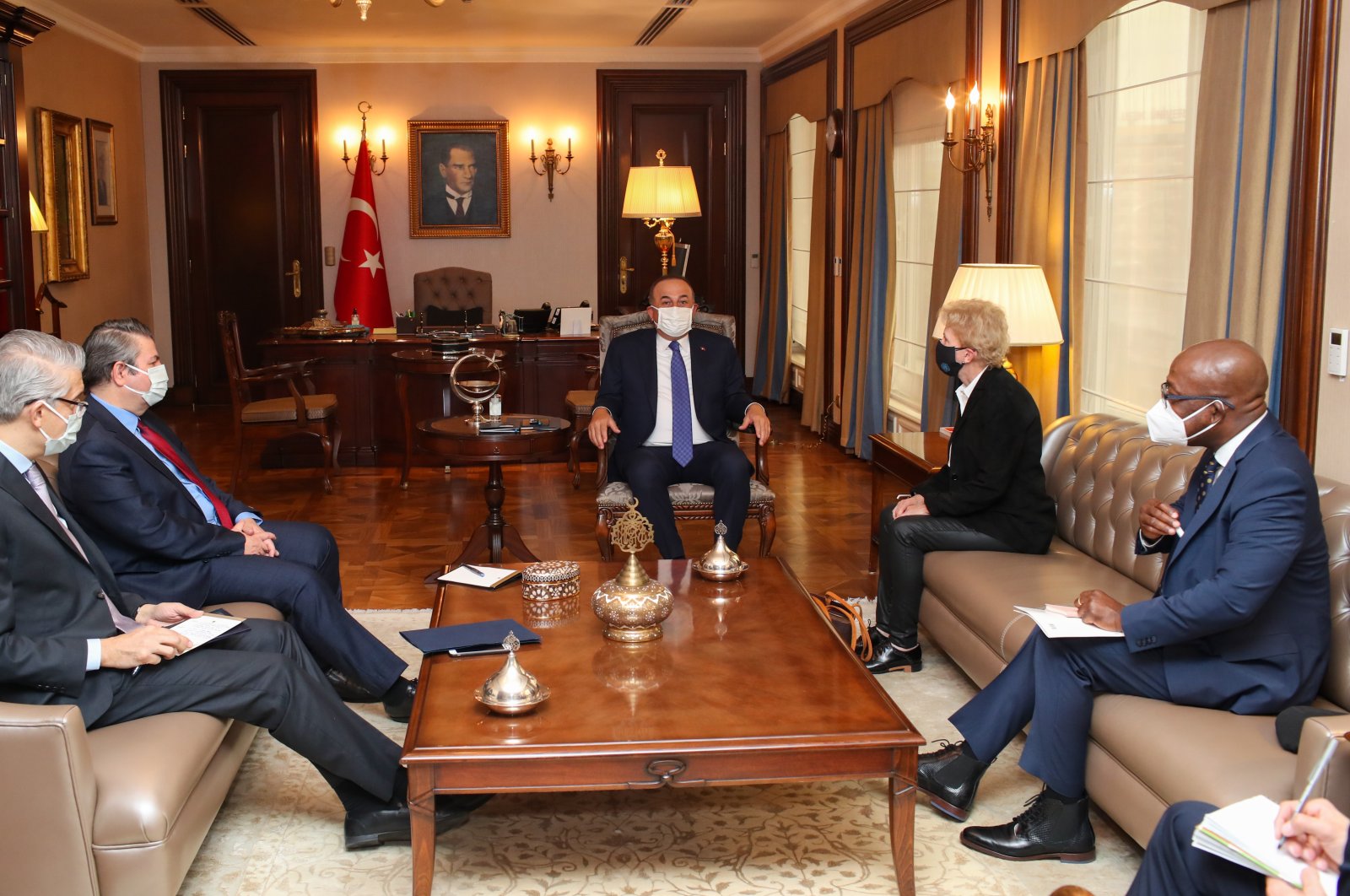 Turkish Foreign Minister Mevlüt Çavuşoğlu and U.N. special envoy Jane Holl Lute discussed preparations for the informal 5+1 meeting on Cyprus, which is planned to be held in Geneva at the end of April under the leadership of the U.N., the minister said on Twitter.

"A sustainable and realistic settlement for the benefit of all parties in Cyprus with the cooperation of the two states based on sovereign equality," Çavuşoğlu added.

The unofficial 5+1 meeting – including both sides in Cyprus, the three guarantor countries, plus the U.N. – is set to be held on April 27-29 in Geneva.

In 1974, a Greek Cypriot coup, aiming at Greece’s annexation of the island, led to Turkey’s military intervention as a guarantor power to protect the Turkish Cypriots from persecution and violence.

The Greek Cypriot administration entered the European Union in 2004, the same year that Greek Cypriots thwarted the U.N. brokered "Annan Plan" to end the decadeslong dispute.

Separately, the Turkish foreign minister held a telephone conversation with his newly appointed Libyan counterpart Najla el-Mangoush and congratulated her on assuming office, according to diplomatic sources.

El-Mangoush hailing from Libya’s east was appointed as the country’s first female foreign minister. With nearly 15 years of experience, she has worked in various international organizations and has been living in the U.S. since 2012.