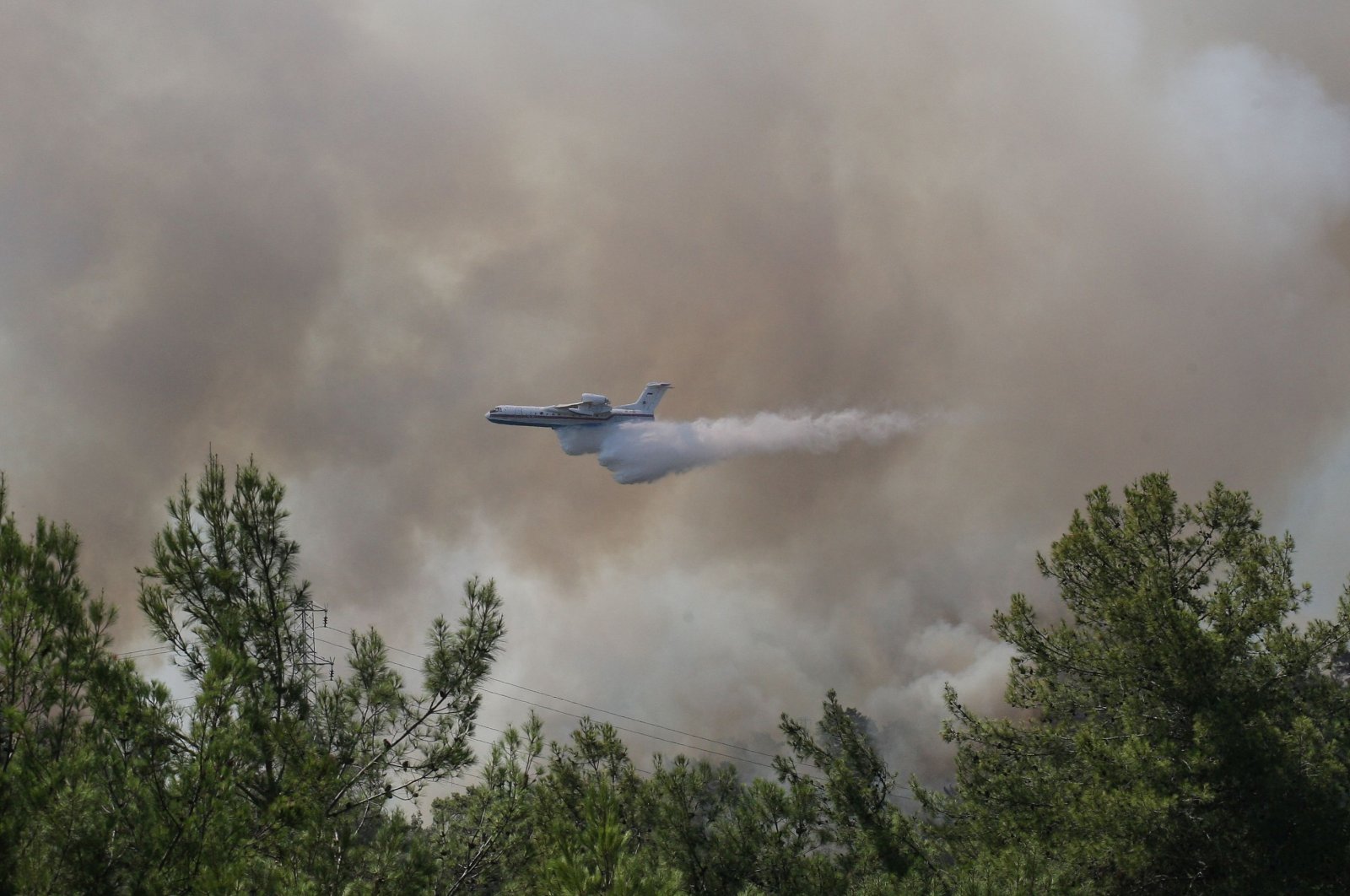 The “#HelpTurkey” hashtag created on Twitter in the wake of forest fires in Turkey “suggested a possible influence operation,” even though many people with good intentions also participated in it, British academic Marc Owen Jones said in a flood on the microblogging site late Monday.

As Turkey battles forest fires, many social media users took to Twitter to express their sorrow and to call for global help to Turkey, also prompting a nationalistic reaction over the call’s perceived implication that the country is portrayed as unable to fight the blazes.

“This, coupled with the scale of the campaign, suggested a possible influence operation. To be clear though. The hashtag had many real users.”

The academic that works at Qatar’s Hamad Bin Khalifa University’s College of Humanities and Social Sciences also underlined that even though many people joining the hashtag did not have any ulterior motives, the technical analysis of the hashtag suggested a possible “influence operation.”

“My initial analysis included several stages. Firstly, a network analysis of around 160,000 interactions from around 46,000 unique Twitter accounts,” Jones said in the following tweet, detailing his research.

“Pay attention to the circled area,” he said, sharing an illustration that showed which accounts contributed to the hashtag and at what intensity.

“This community in green is interesting for a number of reasons. I resized the nodes (individual accounts) by how much they tweeted on the hashtag; the more they tweeted, the bigger the node. This is a useful measure because it shows those entities that are really passionate about promoting the hashtag,” he said.

[Thread] 1/ Good evening, afternoon, or morning all! Tonight's thread is on #Turkey, and it will be a big one. Many have commented on the massive hashtag "Help Turkey" that rapidly reached 2.5 million tweets today. Read on for an in depth Twitter analysis > #Disinformation pic.twitter.com/Zs82umJBC6

“In usual circumstances, this could be passionate parties who feel strongly about an issue, or other parties attempting to influence a conversation for whatever purposes. Ordinarily, you'd expect these large nodes to be more evenly distributed across the network, but this green community is a community with a significant number of nodes using the hashtag a lot,” Jones added.

“A really interesting finding is that the most active node in the sample, the busiest, if you will, is/was @ege20281770,” he added, linking a newly created and seemingly empty Twitter account.

“Now what you'll notice about @ege20281770 is that it has no tweets, even though it was created today (02/08/2021) and tweeted a lot on the 'HelpTurkey' hashtag. Twitter says there is still one tweet, but there are none, meaning the tweets were deleted,” he added.

Jones further said that past research shows “influence operations in Turkey often use this tactic of deleting tweets after writing on a hashtag. Here the Twitter algorithm reportedly registers the trend, but the account deletes tweets to avoid detection/be repurposed.”

The academic also added other Twitter users who go by the names “Bad Boy,” “Joker Queen” and others, all of whom have changed their handles as a tactic.

“We've seen this tactic of handle switching elsewhere in the world, including the Gulf. See the linked report for more details. But in the meantime let's move to the next interesting aspect of this,” the academic also added.

“A massive aspect of this was the copy and paste. Thousands of accounts tweeting the identical tweet,” he said, adding that it was tweeted by Turkish celebrities too.

“As I said before, a lot of the accounts tweeting this message are likely real people, inspired by celebrities and others, although what's not clear is who is telling people to copy and paste the English content as opposed to just retweeting it? Is it possible that people just know to do that?” he asked.

“It is also odd that I tracked at least 105,000 instances of these English tweets, including retweets. I managed to scrape around 35,000 unique instances of this copy and pasted English tweet. In addition to this sheer volume of copy and paste, the peak activity occurred past midnight Turkish time. As you can see from the graph, most activity occurred at around 12:16 a.m. – which seems pretty late.”

“Another bizarre aspect of the trend was the copy and pasted multilingual calls translating as ‘Turkey is on fire and needs help.’ Look at the video below. I managed to scrape thousands of these instances,” Jones further added, attaching a video showing the pasted content.

“Again many are replies to other accounts to generate engagement.”

The academic also showed that die-hard fans of K-pop bands such as the BTS also participated in the hashtag.

“Also like so many weird, seemingly manipulated trends, loads of BTS and K-pop fans retweeting this message. I counted around 200 who actually retweeted it,” he said.

“I can't imagine a lot of these are genuine, despite the popularity of K-pop.”

A hashtag was created on Twitter calling for global assistance in Turkey’s fight against forest fires that have been raging on for days. Turkey’s Communications Director Fahrettin Altun stated on Monday that this Twitter campaign was orchestrated from abroad from a single-center, with the aim of weakening the ties between state and people.

The aid campaign was launched with “ideological motives,” Altun stated on Twitter. He highlighted that all kinds of good-willed aid are a necessity of national unity, but this campaign aimed for the opposite.

“Most of the information circulated on social communications platforms, instant messaging groups, forums are fake news,” Altun said, referring to claims that Turkey does not have enough planes to control the fires.

He urged everyone to stick to official statements and announcements rather than disinformation.

Fuelled by sweltering summer temperatures baking much of the Mediterranean region, blazes erupted in Turkey last week, many of them along southern coasts beloved by Turkish and foreign tourists.

The Turkish government has been spending efforts on a new social media regulation to fight against misinformation and false propaganda.

Turkey is reviewing Germany’s model for its social media regulation that is expected to be submitted to Parliament by the ruling Justice and Development Party (AK Party) in October.

Accordingly, those engaging in disinformation could be banned from using social media for a period and issued monetary fines.

Social media users caught spreading disinformation in Germany can receive a sentence ranging from one year to five years.