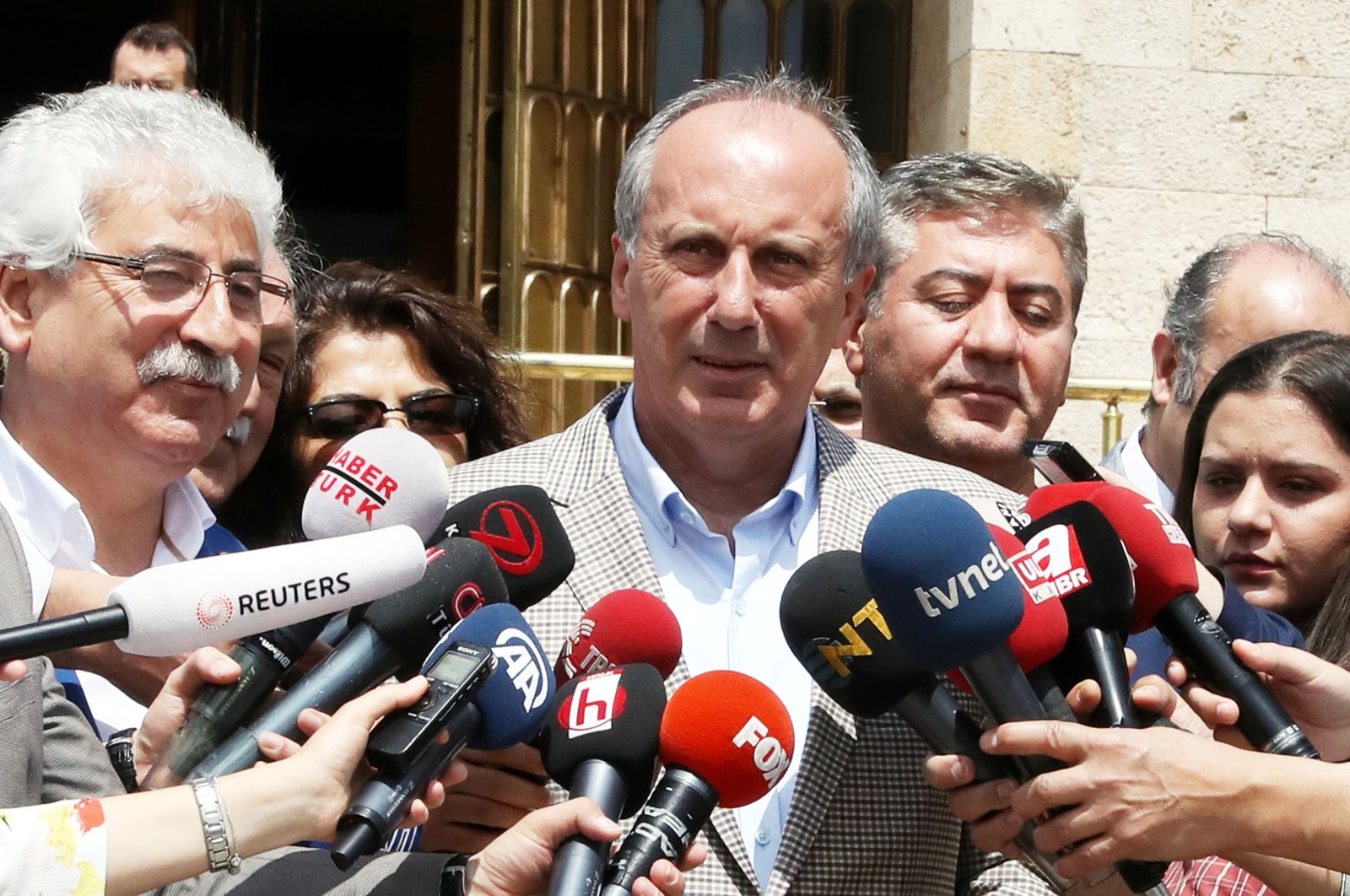 The request of two members of the main opposition Republican People’s Party (CHP) to refer dissident member Muharrem Ince to the party’s disciplinary committee has sparked rumors about Ince’s dismissal from the party, but CHP Chairman Kemal Kılıçdaroğlu rejected the rumors.

Ince recently announced that he will be launching the “Homeland in A Thousand Days” movement on Sept. 4.

“He is a member of our party and his movement is quite nice; we have no opposition. He can talk about the problems in Turkey,” Kılıçdaroğlu told a live broadcast on NTV, adding that he does not think Ince’s movement will lead to internal strife in the party.

Kılıçdaroğlu noted that he learned about the disciplinary committee request through reports and said it was out of the question to dismiss him just because two members submitted a petition.

“I don’t want a fight in the party and will remove whoever fights and harms the party,” he added.

“I submitted the petition because I believe that Mr. Ince’s statements damaged our party,” Şahin said, adding that he expects a response from the committee in the next few weeks.

“This is not a grocery shop. The party has a code, program and regulations. From who did he obtain permission to make such statements?” Şahin said, adding that Ince should have resigned from the party if he wanted to launch his movement.

Ince, criticizing both the government and the opposition, particularly the CHP, for failing to do their jobs, said that Turkey's problems need a brand new movement in order to be solved.

He stated that he is not after being yet another opposition party, instead, he aims to provide a "way out" for the people.

Admitting that a rough journey lies ahead for his movement, he said that he and his fellow friends will do their best to overcome the challenges.

Ince also referred to his past experiences in the CHP, especially during his candidacy period, and stated that the party has done its best to dampen his morale.

Many CHP dissidents like Ince have long accused Kılıçdaroğlu of installing his supporters in key posts, thus ensuring longstanding chairmanship.

Ince was elected four consecutive times in 2002, 2007, 2011 and 2015 as a CHP deputy for his hometown Yalova. He also served as the CHP's parliamentary group deputy chairman for two terms.

As the presidential candidate for the main opposition party in the 2018 Turkish presidential election, Ince received just over 30% of the votes, placing second behind the first-round winner, incumbent President Recep Tayyip Erdoğan, with 53%.