'Agreed points' should be focus for Turkey's new constitution: Şentop 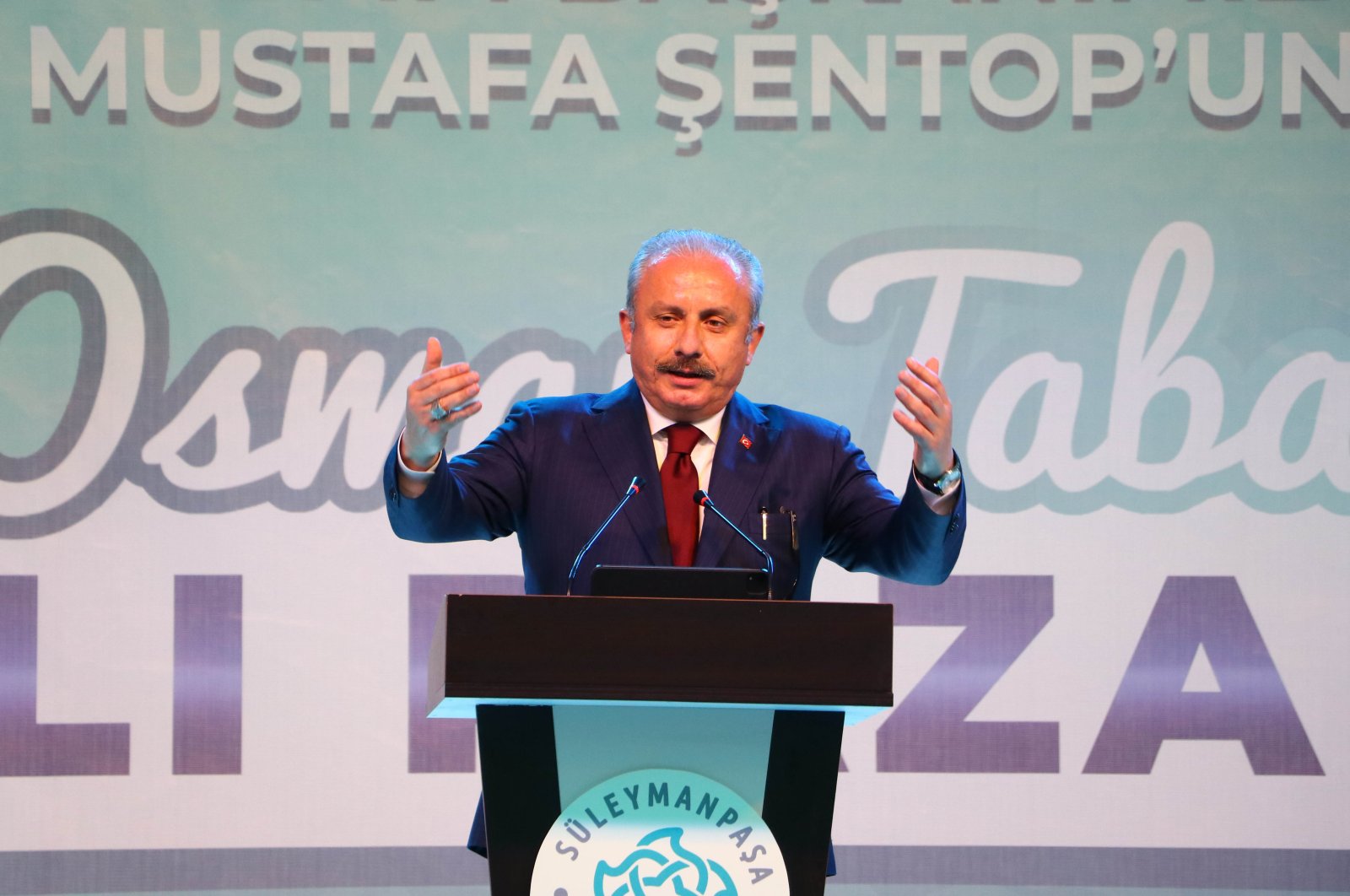 Parties must concentrate on points of consensus and build on them, Turkey's Parliament Speaker Mustafa Şentop said late Wednesday while speaking about Turkey's efforts for a new constitution.

Speaking to Turkish private broadcaster Habertürk, Şentop said: "It is necessary to concentrate on the agreed points and to try to act on them. A solution can be found."

He highlighted that how the country's political parties envisage the new constitution can be better understood when put down in concrete terms in articles.

"I think the debate on the new constitution should be taken seriously ... Getting results must necessarily be the goal, but a concrete text must appear," he said.

He strongly rejected the claim that Parliament is disabled by a presidential system of government.

"In the presidential system of government, the relationship between the structure of Parliament and the executive, that is, the political party of which the president is a member, is not the only option. In the parliamentary system, a citizen is granted a single vote. With this single vote, he or she is asked to determine both the executive and Parliament. More precisely, you determine Parliament by one vote."

President Recep Tayyip Erdoğan on Wednesday said that work has begun for a new and civilian constitution for the people, adding that the 1982 Constitution has lost its validity, underlining that the new constitution will be the product of a transparent process.

Amid debates for a new civil constitution, Erdoğan recently said that Turkey will have a comprehensive, clear, democratic and liberal constitution to guide the country in the upcoming century.

Şentop also noted a law in Turkey designed to protect families and to prevent violations against women.

"The courts (in Turkey) make their decisions according to this law. The withdraw from the (Istanbul) Convention does not abolish this law," he said.

"Basing this issue on the Istanbul Convention, saying that 'the violence will increase completely when the contract is gone' is both not in line with the international reality and statistical information," he said.

Erdoğan signed a decree last Friday to withdraw Turkey from the Istanbul Convention, which it signed in 2011 – the first country to do so.

The convention seeks to prevent violence against women, including domestic violence, and bring an end to legal impunity for perpetrators.

While the convention was enforced in 34 countries including Turkey, some countries, Ukraine, the U.K., the Czech Republic, Slovakia, Moldova, Lithuania, Liechtenstein, Latvia, Hungary, Armenia and Bulgaria, signed the document but have yet to ratify it.

Turkish officials say Turkey's national legislation is enough to protect women from violence without the need for the convention.

Touching on the rumors about early polls, Şentop said he sees "zero chance" of an early election taking place.

"It used to be very easy to make decisions for early elections. A qualified number was also not sought in Parliament. When the decision was made, they were able to make an election decision."

"It is not the same now. A qualified majority in Parliament is now needed to decide on an early election. We have established a balanced system here. The election of the president is also renewed if Parliament decides to hold an election. When the president decides to choose, he cuts his own time," he said, adding: "Early elections are against the logic of this system."

"Early elections are out of the question in this system. In that regard, let me express the difficulty of this legally, and it does not make much sense politically."

The next general elections are scheduled to be held in 2023.