Turkey to have liberal constitution to guide next century: Erdoğan 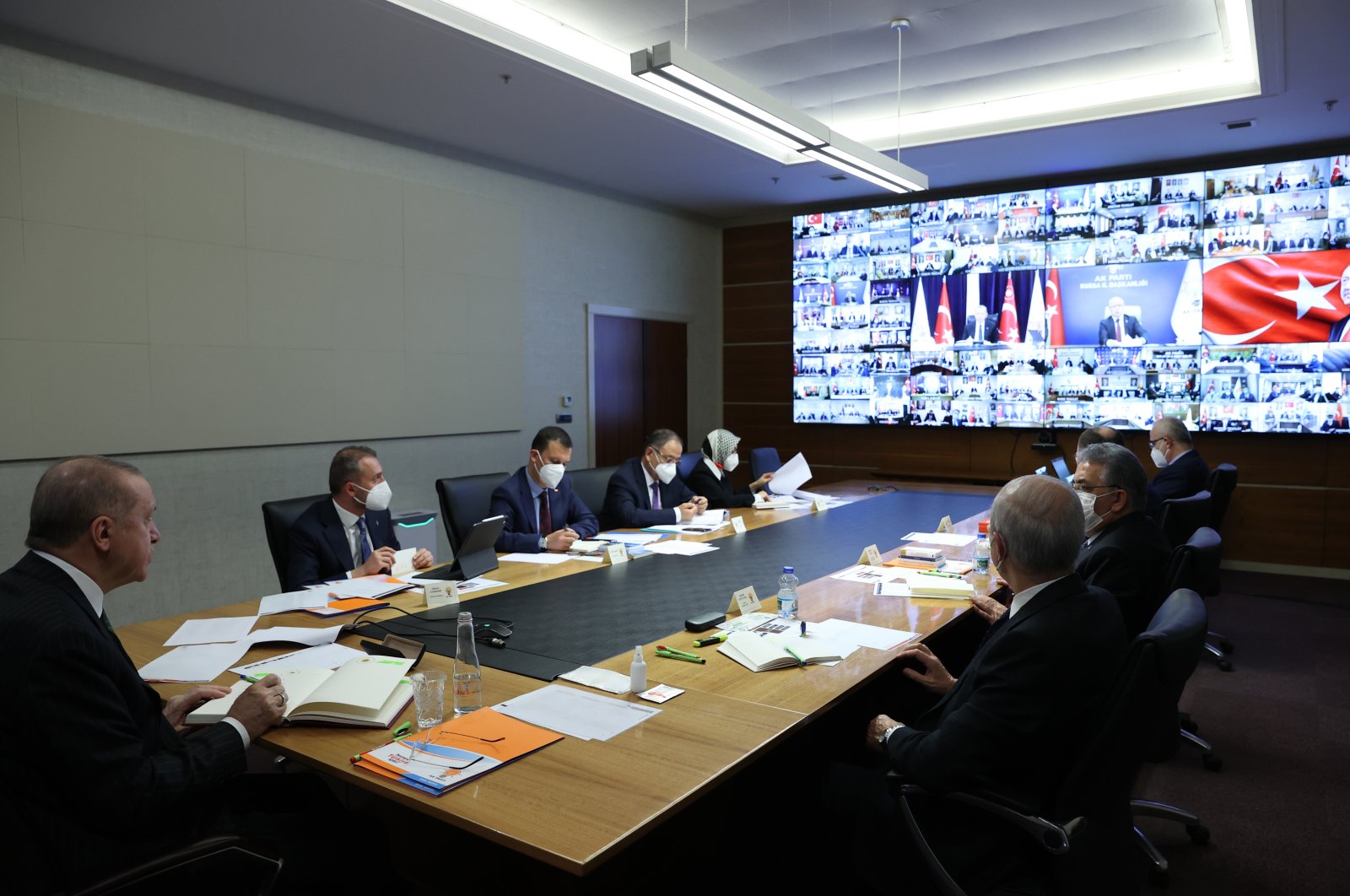 Turkey will have a comprehensive, clear, democratic and liberal constitution to guide in the upcoming century, President Recep Tayyip Erdoğan stated on Thursday amid debates for a new civil constitution for Turkey.

Erdoğan, during an extended provincial heads meeting of his ruling Justice and Development Party (AK Party) via video link, stated that that among the latest reforms, the offer for a new constitution was the most significant.

"We're the party that completely changed the democratic and economic face of our country with many reforms that we call silent revolutions," he added.

Even if all 600 deputies in Parliament say "yes" to the proposal, a national referendum will be held to assess the will of the people, Erdoğan had stated.

Following the president’s announcement, MHP leader Devlet Bahçeli pledged support on the need for a new civilian constitution; however, the opposition objected.

Opposition parties including the CHP and the Good Party (IP) argue that Turkey should return to the parliamentary system.

Erdoğan reiterated that he announced the human rights action plan earlier this week while in the upcoming week he will announce the economic reform package.

Turkey on Tuesday announced its new action plan on human rights, which has 11 main principles set to be carried out over the course of two years.