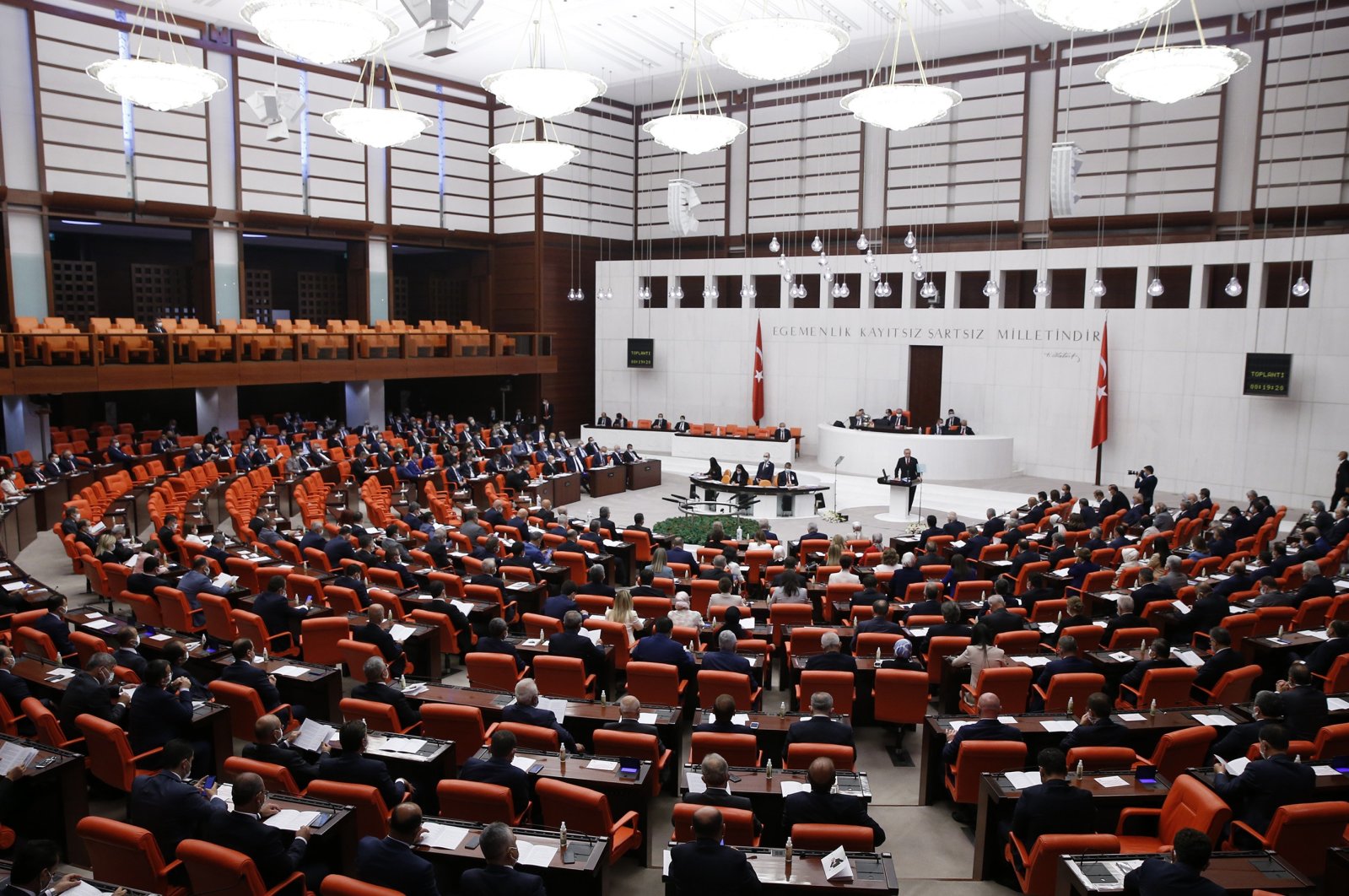 “Some steps need to be taken, so we will make changes and impose new liabilities,” Muş told a news conference at the Turkish Parliament.

He continued by saying that pet owners will not be able to abandon the animals on the streets after they adopt them, as a new system of identification will be imposed to track owners and pets.

Turkey's highly anticipated animal rights bill will finally be enacted in 2021, possibly during the first quarter of the year, according to AK Party officials.

The bill was expected to be enacted by Parliament following the budget talks for 2021 after a decade of delays despite public pressure and demands.

For the past 10 years, the new bill on animal rights has been one of the main topics of discussion in Parliament as the maltreatment of animals has been a concern frequently voiced by the public. Currently, there are two drafts in preparation, one of which is being prepared by the Ministry of Environment and Urbanization, while the other is being worked on by Parliament's Animal Rights Research Commission.

All political parties – including the Justice and Development Party (AK Party), the main opposition Republican People’s Party (CHP), the Nationalist Movement Party (MHP) and the Good Party (IP) – are working to update the country’s existing law, which has been criticized for lacking necessary measures to ensure the protection of animals.

The anticipated law will redefine animals as living beings instead of “commodities” as is the case under current laws. Thus, the legislation aims to curb incidents of violence against animals, some of which have made headlines in recent years. The new definition will automatically put crimes against animals on equal footing as violence toward humans and carry a jail sentence. Currently, any crime against animals is punished with lenient fines, and courts have handed down light sentences in a few exceptionally brutal cases.

Noting that the HDP utilizes all tools, including municipalities, associations and the party, to help the PKK recruit terrorists, Muş said Katırcıoğlu flashed the victory sign out of spite.

“The HDP has shown once again that it sides with the PKK,” Muş said, adding that Turkey’s actions against such support for terrorism should not be questioned.

“With his gesture, this lawmaker has proven on behalf of his party that the municipalities are used to recruit children,” Muş said.

Katırcıoğlu flashed a victory sign in response to a parent asking about the whereabouts of their children. Katırcıoğlu was exiting the building on Thursday with Diyarbakır deputies Semra Güzel and Garo Paylan, and Batman lawmaker Necdet Ipekyüz. Families whose children have been recruited by the PKK have been staging a long-term protest in front of the party headquarters in Diyarbakır, as they accuse the party of providing assistance to the terrorist group for recruits.

The victory sign is often used by supporters of terrorist organizations like the PKK, DHKP-C and others during protests.