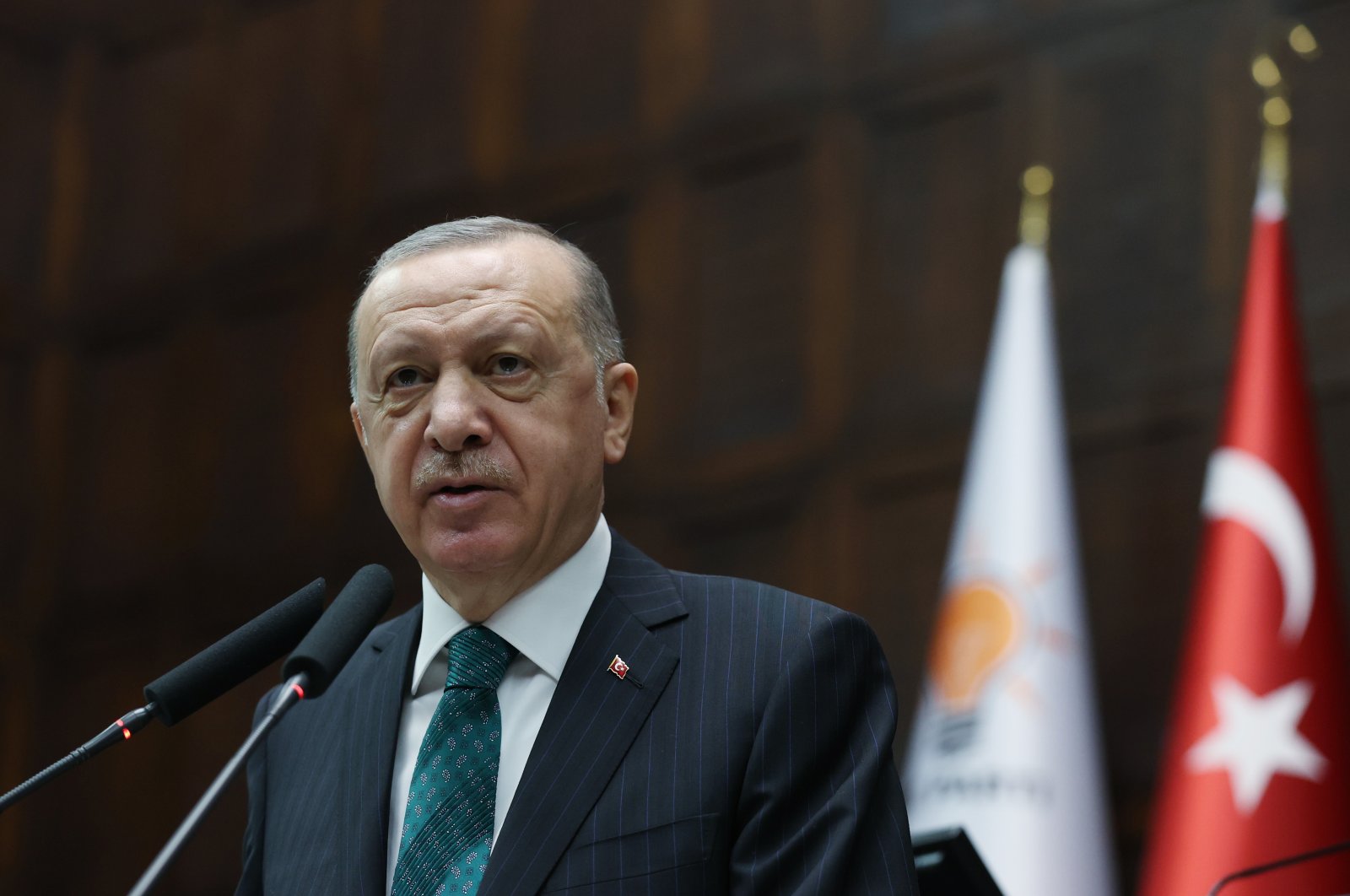 President Erdoğan said Turkey is ready to discuss a new constitution rather than revising the existing document, as he urged everyone to take part in the process to leave a lasting document for years to come

The conditions are ripe to prepare a new constitution in Turkey, President Recep Tayyip Erdoğan said on Wednesday, as he indicated that the country would pursue a new text rather than revising the existing document, which has been criticized for having traces of putschist ideology.

Speaking at the ruling Justice and Development Party's (AK Party) parliamentary group meeting, Erdoğan said patching some parts of the existing Constitution was not enough.

"The new constitution, by its nature, has to be supported by everyone, or at least by the overwhelming majority. All parties should join its preparation process," the president said.

Erdoğan also noted that his party wants the new constitution to set an example for the world, as he urged fellow party members to focus on preparations and create the "most inclusive and sustainable draft possible."

He noted that the Turkish Parliament and the People's Alliance have a great responsibility in this regard as he said all sides can sit down and discuss different opinions.

"Let us come up with the most comprehensive text that will be long-lasting for our people. Let us greet our 100th year with a new civilian constitution rather than the putschist constitution," the president said.

The Nationalist Movement Party (MHP) pledged to support the plan to draft a new document, as Chairperson Devlet Bahçeli underlined in his statement that the country's Constitution in its present form was the "product of extraordinary conditions."

Turkey's current Constitution was drafted following the Sept. 12, 1980, coup d'etat, and it still features elements of putschist influences despite a number of amendments having been made to subdue it.

Despite initially opposing renewing the Constitution, the parties did not refrain from intensifying political contacts with one another. On Thursday, CHP Chairperson Kemal Kılıçdaroğlu visited conservative Felicity Party’s (SP) leader Temel Karamollaoğlu.

Speaking after the meeting at a joint news conference, Karamollaoğlu said that his party has been working on a draft constitution and it will be ready next week.

Dismissing speculation about switching to the parliamentary system, Erdoğan previously said the new constitution would be formed in line with the current system of government that was approved in a referendum on April 16, 2017. In that ballot, the majority of voters decided in favor of an 18-article bill to switch from a parliamentary to a presidential system.

Experts agree that it is a necessity for Turkey to have a new, civilian constitution that is welcoming in nature to all segments of society.

Calling the Constitution a social contract, Mehmet Gün, a lawyer and the head of the Better Justice Association, said: "Turkey definitely needs a new constitution. However, this, alone, is not enough. This is a matter of how can we have a better judicial system. Having a proper constitution is one of the most crucial parts of it."

Constitutional lawyer Ferhat Küçük noted that the 1921 Constitution can provide insight into the kind of constitution Turkey currently needs.

"The 1921 Constitution consists of 24 articles, and 14 of them are related to the local administrations. It is a constitution that is prepared with the purpose of having a constitution that would last for a long time," he said. He explained that the mechanism of government is referred to as a "frame constitution" and defined as a compact collection of the principles central to the country with as few articles as possible, making it a system that all echelons of society can unite around.

"The lesser the articles, the better. It is being said that a constitution needs only the two sides of the coin: one of which is the regulations over state and institutions, while the other one is individual rights and liberties. As long as a constitution has these points covered, there is nothing more to add to it," Küçük expressed, explaining that the more articles there are, the more there is to disagree over, which would complicate the process.

Meanwhile, the president also said he has been following the statements of Muharrem Ince, who recently announced his resignation from the CHP to form his own party.

The president noted that he is against interfering in the inner affairs of political parties and does not want other parties to interfere in his own party’s affairs.

He criticized the CHP for “renting out” lawmakers to other parties, which he said poisoned Turkish politics.

“The 2023 elections will be the vital point of all of these developments,” he added.

Ince announced his resignation from the party to establish his own movement Monday and said CHP lawmakers who recently announced their resignation would join the new party.

Dissidents accuse Kılıçdaroğlu of hypocrisy in terms of criticizing Erdoğan for a so-called “one-man rule,” while maintaining a firm grip on the party. They claim that Kılıçdaroğlu has become a pioneer of the one-man rule as he has failed to step down even though the party has lost numerous elections under his leadership. The dissidents also criticize the party for nominating individuals who seem to contradict party ideology and principles and for failing to hold offenders accountable for their mistakes.