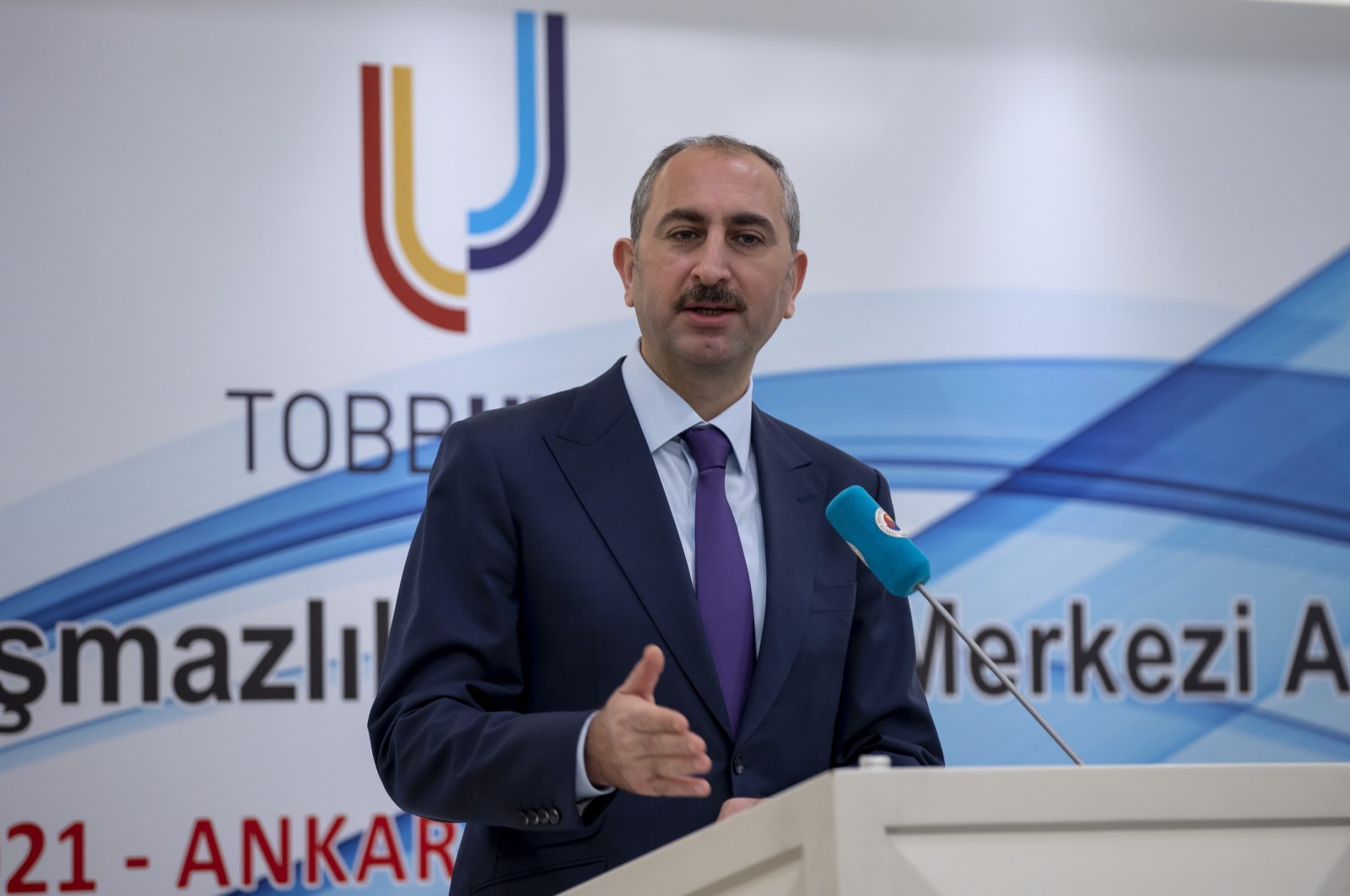 Justice Minister Abdulhamit Gül speaks at an event organized by the Union of Chambers and Commodity Exchanges of Turkey (TOBB) in the capital Ankara, March 11, 2021. (AA Photo)
by DAILY SABAH Mar 11, 2021 2:32 pm
RECOMMENDED

A new civil constitution, established as a result of national will, can be the most valuable inheritance for our children, Justice Minister Abdulhamit Gül said Thursday.

Evaluating the efforts for a new civil constitution, Gül said it will be the most important topic of the national agenda in the upcoming period.

He was speaking at an event organized by the Union of Chambers and Commodity Exchanges of Turkey (TOBB) in the capital Ankara.

Gül said the Turkish nation deserves a more liberal, civil constitution, completely established through the national will, as the country is about to enter the second century since its foundation.

"A new constitution, essentially the will of the nation, will be the most valuable legacy we will leave to our children, our tomorrow," he said.

Since 1982, the current Constitution, drafted following a military coup, has seen a number of amendments. The bloody 1980 coup, which led to the detention of hundreds of thousands of people, mass trials, torture and executions, remains a dark period in Turkish political history.

President Recep Tayyip Erdoğan earlier on Feb. 1 announced, "It is time for Turkey to discuss a new constitution again."

Talk of a new constitution came to the agenda amid the government's new democratic reform initiative. The president referred to 2021 as the “year of reforms” and pledged that his party would overhaul the economy and judiciary.

The president’s proposal came four years after the 2017 constitutional referendum asked voters to decide on an 18-article bill to switch from a parliamentary to a presidential system, among other changes.

The amendments to the Constitution were jointly introduced by the ruling Justice and Development Party (AK Party) and the Nationalist Movement Party (MHP). Erdoğan was elected president under the new system in 2018.

President Erdoğan wants Turkey to have a civilian-drafted constitution by 2023, coinciding with the centenary of the foundation of the Republic of Turkey.

Turkey will have a comprehensive, clear, democratic and liberal constitution to guide in the upcoming century, he said recently, adding that the doors are open for all political parties to contribute to constitutional reform.